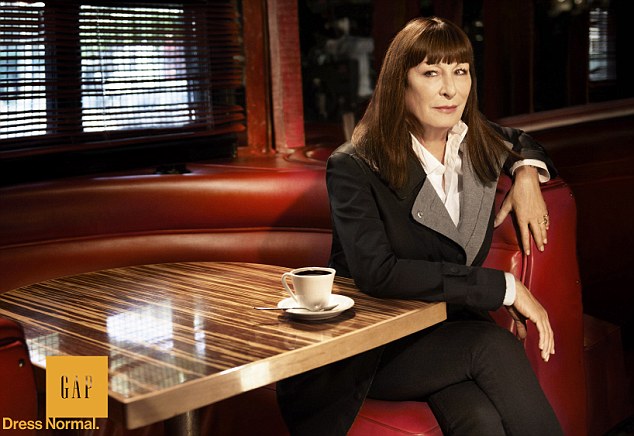 Apparently ‘normcore’ is a ‘thing’ in fashion. So now it is ‘normal’ to dress ‘normally’.
Confused? Well, let clothing brand Gap help you out. Their autumn advertising campaign tells us all to ‘Dress Normal’, which from them makes sense as they have sold the world ‘basics’ such as jeans, sweatshirts and t-shirts for decades. What makes even more sense is that they have used 63-year-old Oscar-winning actress Anjelica Huston to front their new campaign. We approve, particularly as there is as much an art to dressing down as there is to dressing up.
I saw Anjelica once at a party in LA (my best friend lived there briefly many moons ago as she was engaged to a Hollywood film editor) and Ms Houston simmered quietly in a corner speaking to nobody and wearing a big floppy black Seventies-style hat. Not normal but fabulous.
Anyway, Gap’s marketing chap says: “Finding your own version of ‘dress normal’ is an art – my normal is different from your normal, and that’s the essence of the campaign.” We’re going to follow the GAP campaign with interest and pull out looks and basics that we think you’ll love.
By Lynnette aged 46