[unpaid/ad/sample/affiliate] In 2018, approximately 150,000 were sold around the world which generated EU700,000 to support women’s leadership in Burkina Faso. I think it’s important to have a real number that gives credence to the fact that supporting this kind of initiative can have very meaningful impact. L’Occitane has sourced its shea from enterprises that support women in this area for over 30 years and it’s made a difference. You have to remember that many women across the world don’t have economic independence which robs them of choice. It’s a complicated story – if biodiversity in shea producing areas isn’t maintained and preserved, shea flourishes less (and is under threat from modern farming and urbanisation) which then obviously leads to less harvest.

Teaching even the small things like how to prune out disease as well as the bigger stuff such as understanding and accessing markets (through the RESIST programme) are so important for co-operatives to keep operating and able to pay fair wages. It’s a big job for a small balm but it works. 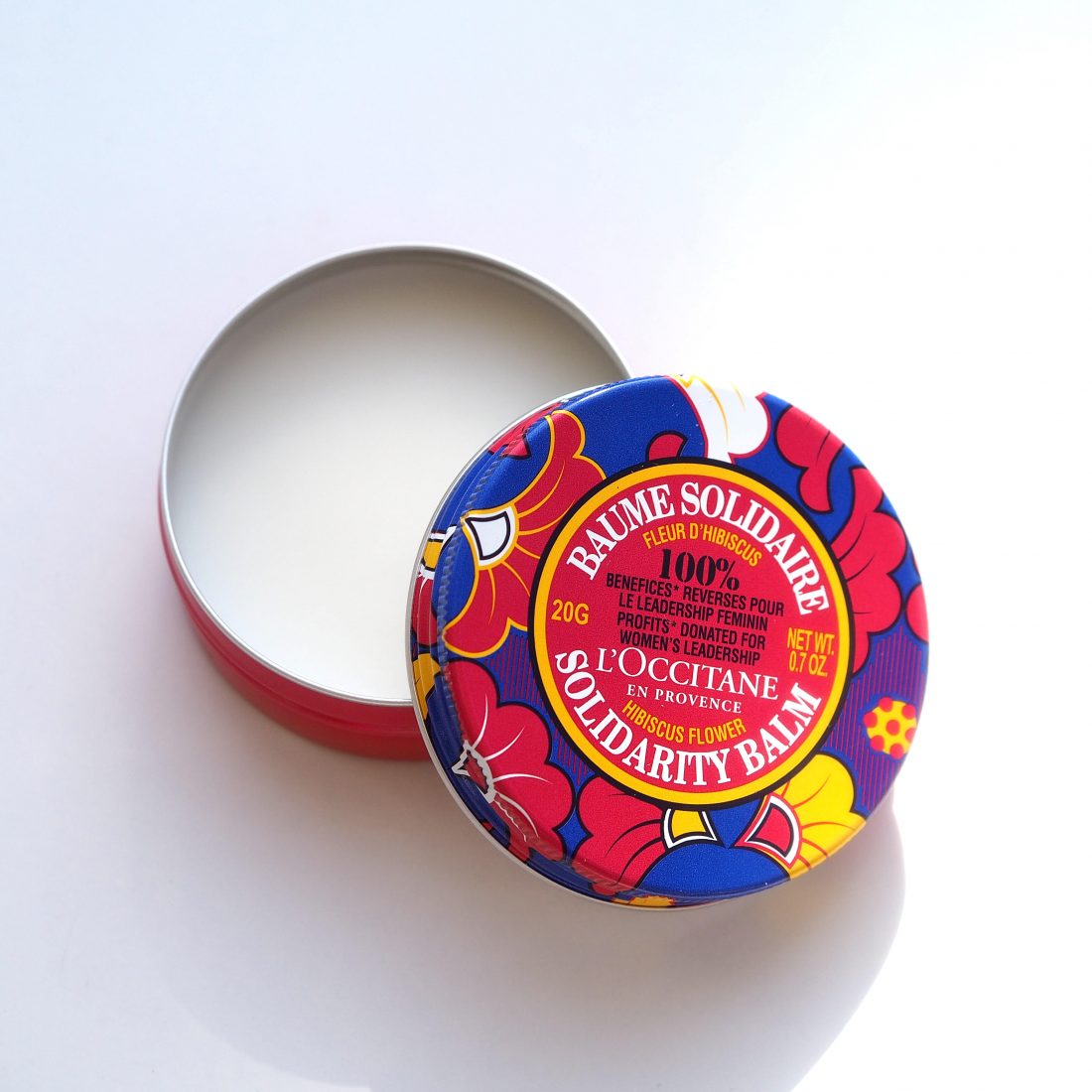 This year, the Solidarity Balm is scented with hibiscus – a juicy, fruity kind of floral that’s an instant mood boost. 100% of profits (which means minus taxes, transport and production) goes straight to L’Occitane’s RESIST programme. At £6 HERE, it seems a very good way to put something into the good will bank while receiving an extremely nice balm. Mother’s Day is coming up – just sayin 🙂