The World Of Anna Sui at The Fashion & Textile Museum 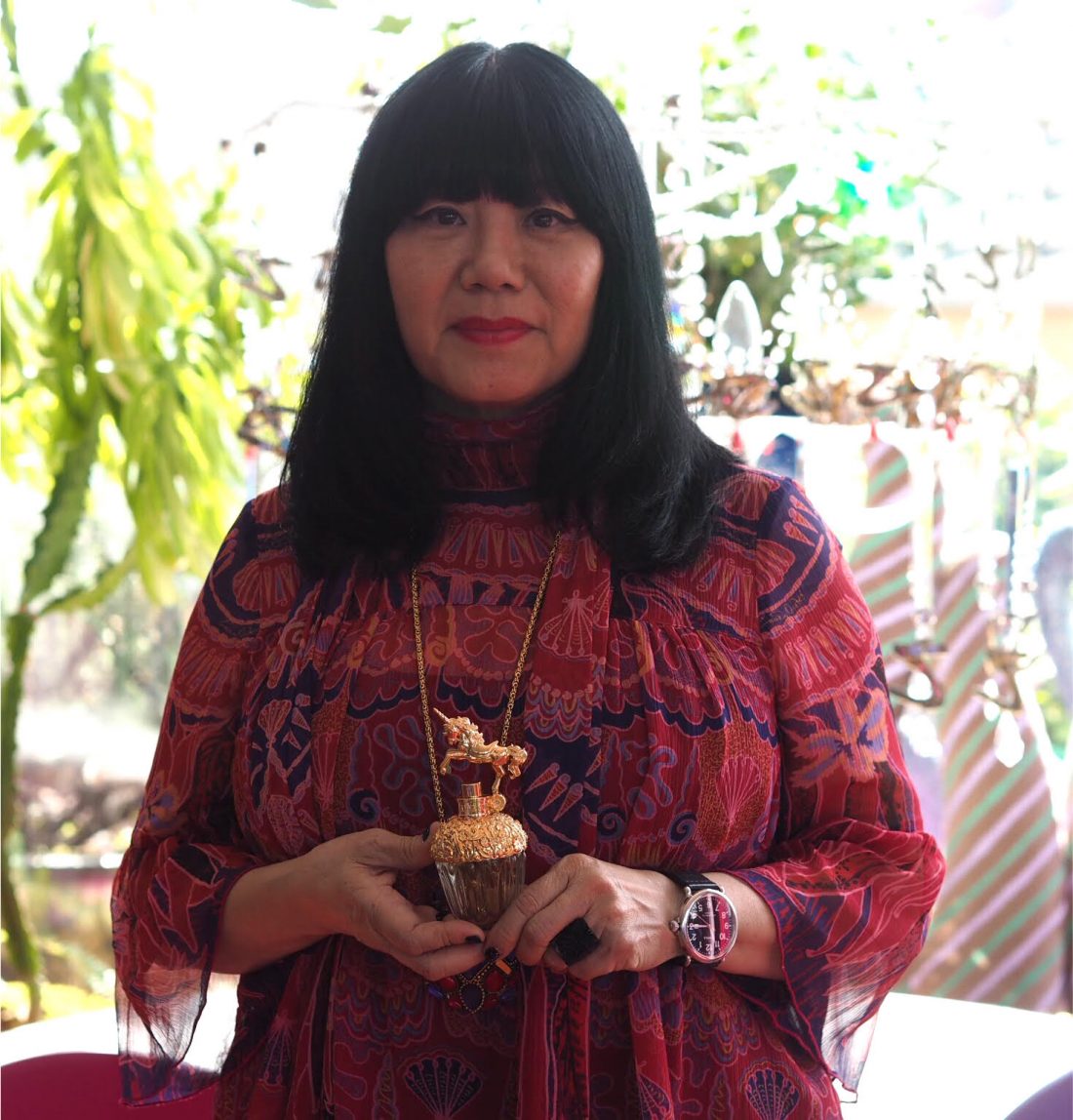 I start my chat with Anna Sui in the apartment of Zandra Rhodes… and no, I can’t believe I just typed that! What fun it was – both the apartment filled to bursting with a mish-mash of bright ceramics, billowing chiffon dresses and bolts of fabric – and talking with Anna about her beauty inspirations.

We’re at the Fashion & Textile Museum for a retrospective of Anna’s fashion work which is both chaotic and oddly soothing at the same time. Going back almost 30 years, Anna’s ‘moods’ throughout her design career are evident, from Fairytale and Mod to Americana and Nomad. It’s an exciting curation with such attention to detail that if you blink, you’ll miss something.

I asked Anna about her interest in making clothes at the age of 4; her mother was an enthusiastic seamstress and Anna would collect the material scraps to make clothes for her dolls. Anyone who knows the Anna Sui beauty and fragrance collections can see that the doll has stayed with her. The first make-up items she was allowed, after falling for the power of Yardley advertising in ad breaks during The Monkees, was Yardley Slicker and a Yardley Cake Eye Liner. What’s interesting here is that the Yardley Lipstick Slickers were advertised as a set of ‘Dollys’ (see HERE).

Anna quickly moved on to Biba when a concession opened at Bergdorf Goodman; alighting straight away on a teal eye-shadow. Her love of colour is a seam that runs through her beauty collections.

I asked her whether she picks up trends from social media – she is an Instagram user but doesn’t Tweet. She tells me she’s been researching coloured hair on the platform but was more inspired by a fashion student she’d met the night before wearing no make-up but two slicks of glitter running from her cheeks upwards to her eyes. I’m thinking an Anna Sui glitter stick could happen.

Speaking of happenings – each of Anna’s collections takes two years from concept to store. The bulk of the time is taken on the packaging tooling: if you’re going to make intricate and complex packaging, it’s not a quick process. The secondary time-thief is formulations. If you remember the star lipsticks (star shaped at the tip with a marbled effect running through), they apparently took four years to get perfect.

Before I left we talked a little about social media and ‘influencers’: she feels that while influencers currently get first attention, it isn’t sustainable and that things will change which is exactly where I sit with it – we’re on a tipping point.

Finally, apart from launching her retrospective, there’s a new fragrance, Fantasia, afoot. It’s launching in September but I’ll do a separate review on it in a later post. Typically, blending current trends with her love of fairy-tale and fantasy, the lid is a golden unicorn.

My first ever Anna Sui make-up purchase was the lip-gloss ring, inspired by her own rings (she was wearing them when I met her) and sure enough, it had pride of place in one of the exhibition cabinets.