This Works Sleep Plus Pillow Spray 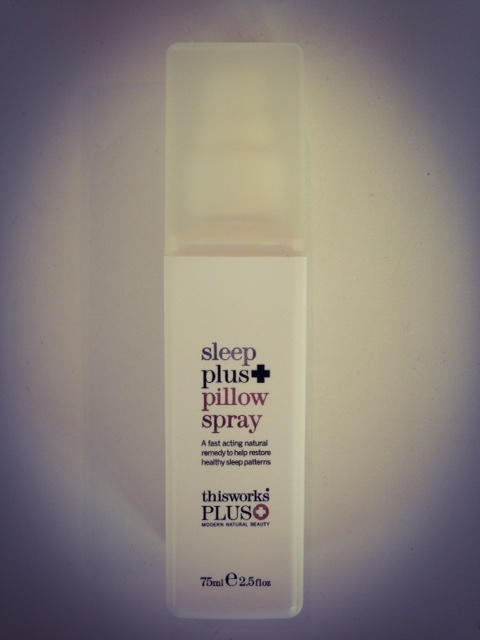 I don’t need any convincing that This Works is onto something here with their Pillow Spray +. I can see from what I’ve been sent that this has undergone some pretty rigorous clinical trials with 200 subjects and the most interesting thing is that the placebo group were given a synthetic lavender spray which was significantly poorer in the results. However, the results from the placebo group aren’t shown and I’m certain that there is always an element of mind over matter in these things – if you think a thing will work, then it has a better chance of doing so than if you are sceptical.

Nonetheless, I know that the original This Works Deep Sleep Plus Pillow Spray does work – I’ve used it (in fact, my whole family has) for transitory ‘can’t sleep’ phases and my YouTube partner for unisex beauty vids, Simon, swears by it (HERE). We’re not easy people to please.

So, what’s the difference between the original and This Works Sleep Plus Pillow Spray ? The new version uses microencapsulation technology (basically, where tiny droplets are encapsulated in a film sphere) so when you move around during restless periods, the fragrance is released and the theory is that the boost of aromatherapy ingredients when you’re starting to wake when you shouldn’t will lull you back to sleep again.

This Works Sleep Plus Pillow Spray  uses the same base of Lavender, Vetivert and Wild Chamomile as the Sleep range as a whole but in the Sleep + version, it’s a higher concentration in a slow release form. Probably worth every single penny of the £25 cost if you struggle to sleep. It’s HERE.

My press pack came with a very handy booklet on combatting sleep issues – I may revisit this I think it could be rather useful.