The Making Of : The Japanese Cleansing Cloud 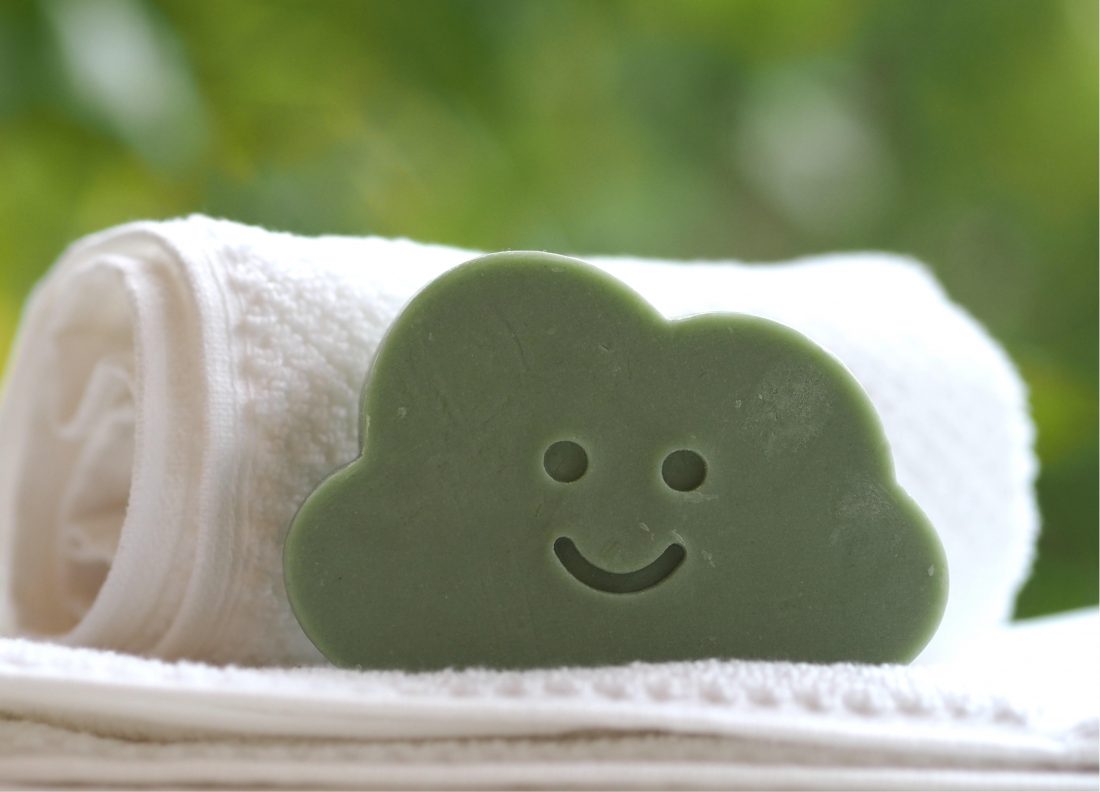 It’s been a week since the launch of my Japanese Cleansing Cloud so it seems like a good time to tell you how it came about. When everything ground to halt earlier in the year I had time to think about about an idea that had been in my head for some time. I’ve genuinely never wanted my own product but this idea kept popping back up again and again. I asked a formulator friend if he could recommend a manufacturer who I could make some preliminary enquiries with and he forwarded details of a family run company in Yorkshire. We started initial discussions in about May time – my friend Julia runs the FB Group, Mrs Gloss & The Goss and we discussed whether it should be created for just for that particular group because built-for-community is a concept I want to explore. In the end, the timing didn’t feel quite right for that model.

I ordered samples of very basic ‘soaps’ so I would know what to add to change it to a balm bar (technically I am allowed to use that term because of the high oil content) – I had a dream list of oils that I wanted including and they literally all went in (see HERE) ! That’s the beauty of a small manufacturer – they pay attention to what you want and need and work until it’s right. Which is what happened. Some small sample cloud shapes were made – I ordered a cookie cutter to see what a stamp might look like.. 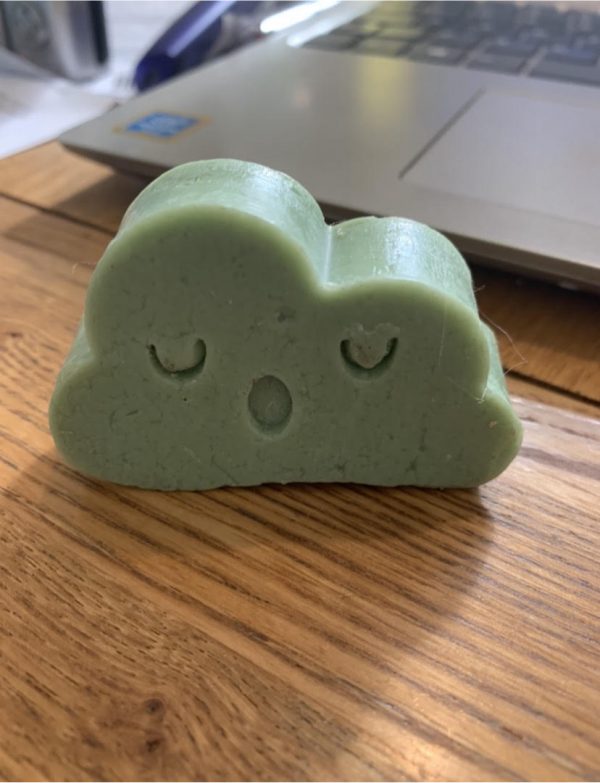 I know – it looks like it’s screaming! After a lot of back and forth and testing as soon as the formula was right, I knew it, and I’ve been such a fan of Japanese beauty for so many years that I knew I wanted that influence to be at the core (although it’s not set in stone that one day there might be different influences). Bathing is such a ritual in that part of the world and skin care so effective that the two marry well together. And the cute smile? It always had to have a smile because it’s supposed to be a very happy thing at a time when smiles can be hard to find. Finding exactly the right smile wasn’t as easy as you might think…my three top options are below. 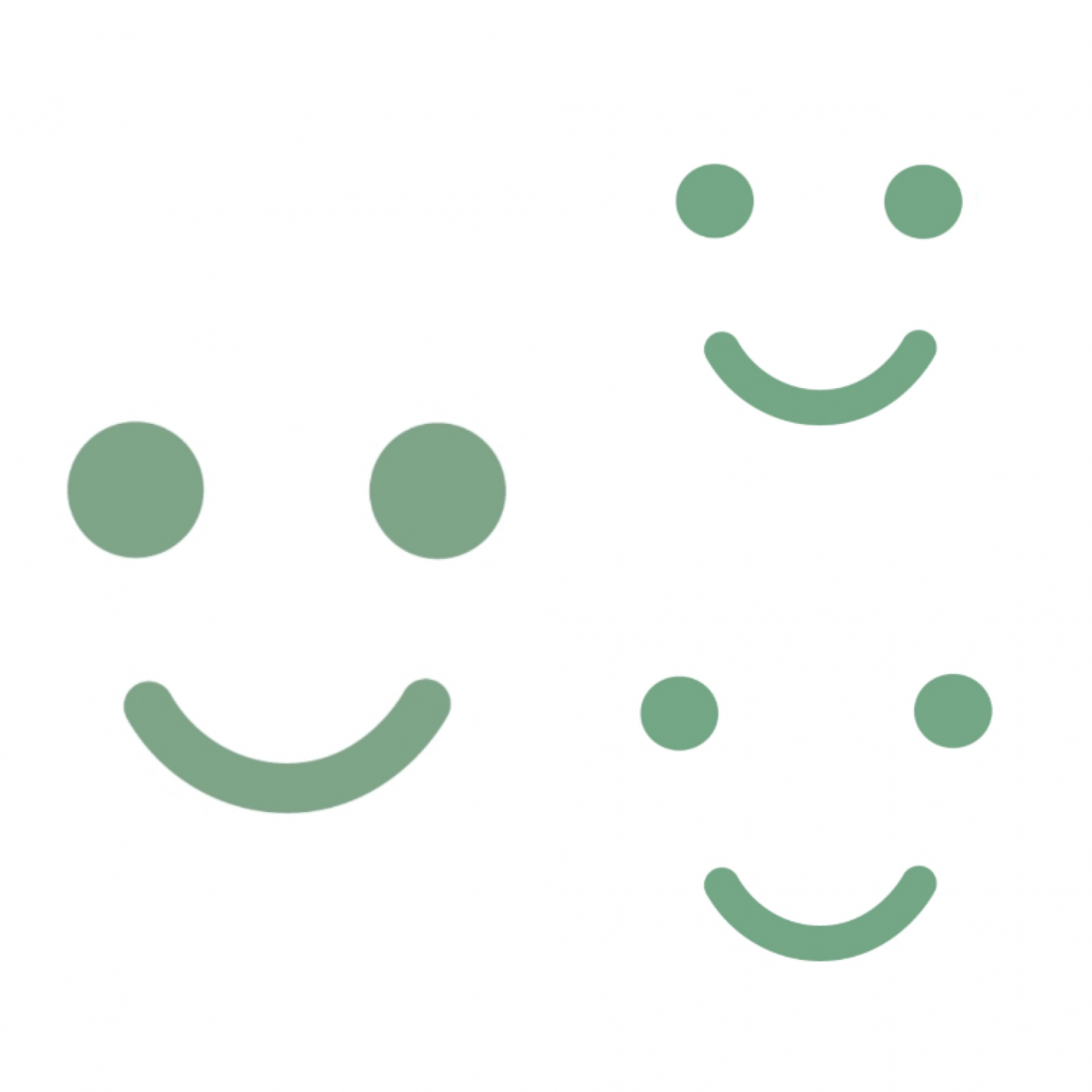 A hilarious dimension misunderstanding landed us with this (below)! 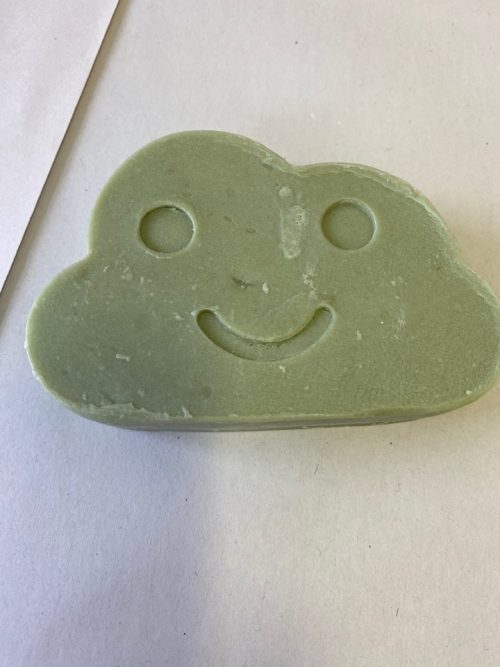 So, we ordered two new cutters at a much smaller dimension and tried them out… 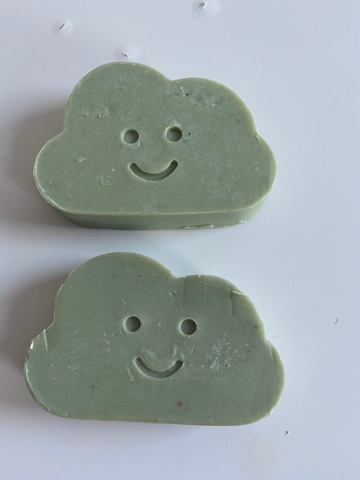 Once everything was right (name check to Alex who has so kindly taken these pictures of the whole process AND hand cut a batch of clouds for testing before the cutters arrived) there was a pause – raw ingredients were hard to get and the whole country was at a standstill. In the middle of it, the manufacturers moved from Yorkshire to Wales. I momentarily lost my confidence, even though I’d sampled out rough cuts to friends for feedback which was all positive. But my pal Kelly said talk to Gill at Victoria Health. I said no straight away because I was concerned it would sound like I was asking for something and that wasn’t the case, but her experience in on-line retail is so strong and her eye for product so keen that I knew she could say whether it was worth pursuing. I bit the bullet… and here’s the thing – Gill on-the-spot ordered A LOT to sell on Victoria Health. She has personally guided me through the process in a way I know would not have happened elsewhere – I was oblivious to complexities of margins and VAT and so on so having that mentorship and open relationship has been invaluable.  Just doing the costings for raw ingredients, labels, cutters, stamps, packaging and labour is really hard!  So, I know I’m immensely lucky for that careful support but also for finding a manufacturing company where it feels as though the outcome matters just as much to them as to me – and for friends who know when to push and of course Thom who knows how to design labels in an emergency at 8am on a Saturday! 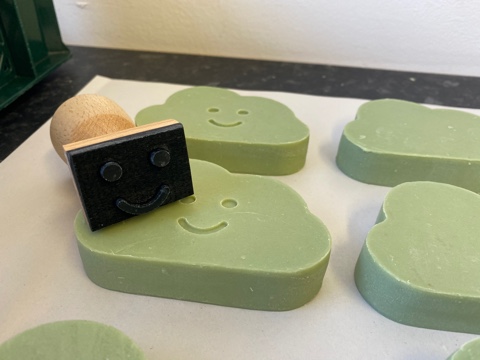 After all the practise runs on rough-cut bars, we finally had it right and I had to wait for my place in the production queue for the first 1000 to be made. Each one is hand cut and hand stamped, then smoothed until it’s perfect. Unbelievably, I have just placed a further order this week because they have sold so fast.  I didn’t see that coming, nor other retailers emailing the very next day after they’d gone on sale for stock (it’s staying exclusive at VH for now) so the company are kindly squeezing in this new order in batches so we don’t suddenly run out. 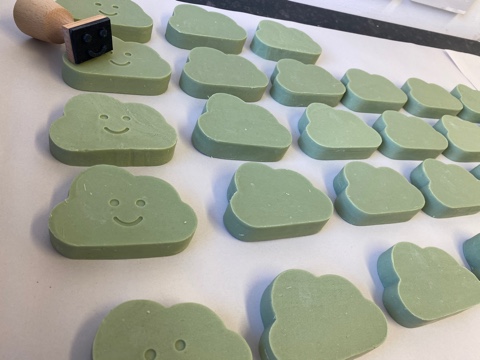 There they are (above) on the production line being hand stamped! Going through the start to finish process has given me insights into and empathy with smaller brands who are taking such a risk. It IS a risk – even with the support I’ve had far and wide. Retailer margins are high (some more than others), distributor margins are also high – I literally don’t even have that built in because otherwise it would be a project purely for love. I used non-fancy biodegradable packaging so I could put more into high grade ingredients and I am beyond happy with the end quality. I will never drive away in a Ferrari, that is for sure, and my nerves are shredded, but I’m glad to have been through the experience – I’ve already taken so many learnings from feedback. I don’t know what is in the future – I thought I would produce one run of balm bars and that would be it. And yet, I’m on my second, and bigger-than-the-first, order just seven days after it launched. What I can (cheesily) say, after this ramble, is that I am on Cloud 9! You can find The Japanese Cleansing Cloud HERE. It’s £12.

Home › Article › The Making Of : The Japanese Cleansing Cloud