The Beauty Blog Take Over 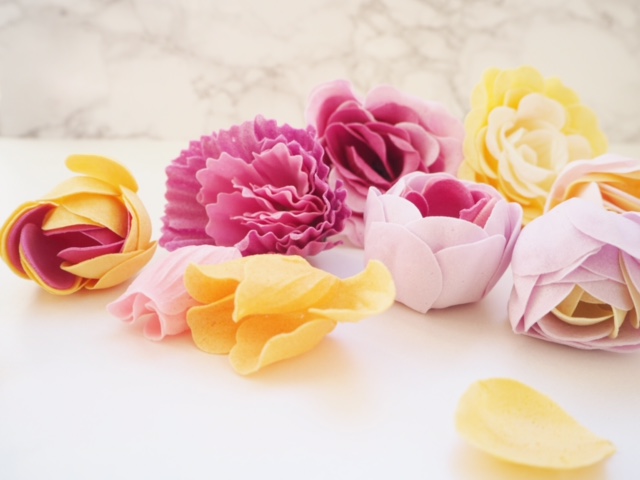 This post has been formulating in my mind for a while – it’s taken this last straw to push me into taking it out of my head and onto my site. It’s not completely unusual to ask to be asked to sign a non-disclosure agreement at a beauty launch but a recent ask is indicative of how much the beauty industry has taken control of blogging. I’ve actually said that I’ll review the product as and when they’re ready rather than attend and sign – I just kind of feel my word should be good enough, not a piece of paper with legal implications. I might review it and I might not. But, it tells you how little trust there is for bloggers and also tells a story of controlling how and when you (the reader) see the products that is entirely skewed towards the benefit of the brand.

I recently received an email saying that I was receiving products from a brand ‘in line with the release strategy’ and these products had already been widely seen across all social channels. So, the clear path for release was print, on-line magazines, then bloggers as a third tranch of publicity. I completely get it that a PR’s job is to get as much coverage as is humanly possible for their client. However, one of the biggest consumer complaints about blogs is that they’re all the same and feature the same products at exactly the same time.

A non-disclosure agreement means that you agree in writing not to show or discuss the products in question until a certain date. If the NDA that I’m referring to follows any other NDA, it’s so that on the ‘allowed’ day, the internet is flooded with that product as everyone releases the information. It could also be that the brand has secured an exclusive with a title and no other publication, on-line or otherwise, will be allowed to talk about the products until that publication has released the news. With everyone, print and on-line, trying to grab as much of the beauty audience as they can, a complete exclusive can be a draw.

I used to publish a lot of first looks but I do so rather less now. The beauty audience has expanded massively, both in numbers and in terms of what they want, and I genuinely don’t find that it’s the pull for BBB readers that it once was. I still go to far lengths to get an exclusive if possible, but it’s certainly not the case that I lose any readers if I don’t. However, I want to bring the best and the most exciting news to my readers so of course I’m going to work to get it whether that’s in line with a brand’s ‘strategy’ or not. I’ve had the most awkward conversations, numerous times, with brands who clearly think that blogs are some kind of lower-tier brand vehicle, only of value because of their number and who need to play ball with the brand to stay on their radar. That’s why you’ll see noticeable brand gaps on my site.

Many brands are completely open to blogs going ahead of schedule. In an ideal world, they’d like us to all to publish on the release date and link to the sales site so they can watch their sales shoot through the roof on day 1. But, my blog isn’t here to sell product! It’s here to inform. The old argument that ‘customers would be confused if they couldn’t buy it straight away’ is long gone, because with absolutely no ‘confused’ customers thinking that ‘it doesn’t launch til April’ means ‘it’s available in store right now’, a pre-launch build is actually beneficial now we have internets. A product launch can build a big head of steam before counter date and if people are talking about a brand, whether the product has launched or not, that’s totally good for their on-line presence and awareness.

Being on the receiving end of how brands think of bloggers purely as a sales vehicles is kind of depressing. Bloggers are caught between keeping good relationships with brands and having an individual voice, and actually, I feel that individuality is losing the race. It is not easy to go against something you feel pressured by but personally, I’m very much against being told how and when to blog about a product and I’d rather keep my individuality any day than become a PR puppet. It’s pretty much the case that the beauty industry has bloggers gripped by the proverbial balls and aren’t about to release them any time soon. The question is, are they blowing out their own flames by micro-managing? In a recent forum, where all sorts of accusations were levelled at bloggers, the one that stood out to me was that we all publish products at the same time and it’s getting boring. Aside from the (usual) accusations that we’re all secretly millionaires raking it in by not disclosing the gazillions of pounds that brands are paying us, it was the bland horizon that bothered me more than anything, because that at least is true.

I’ll leave you with one little story that is brief, but gives you an idea of what we’re up against. The last time I wrote a piece challenging the attitudes of marketing in the beauty industry, I received an anonymous comment saying that the reason marketers didn’t like working with me was because I wrote badly written drivel (and more besides). I traced the IP address back to a well-known beauty company, and specifically, to their marketing manager. So, if you think it’s not a hostile environment, think again. The beauty industry does not like to be challenged, and yet blogs exist to provide a voice that isn’t all hype and mirrors. It would be nice if we could just get on with it.