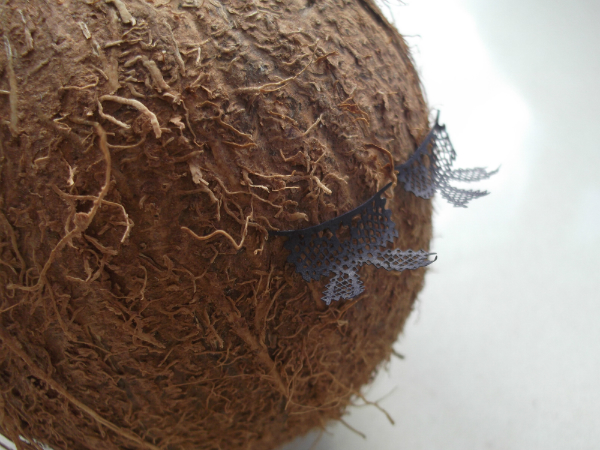 Wow.. I love these cute paper lashes from Stargazer. If you’ve ever tried Paperself Lashes, the originators of paper-cut lashes, then these aren’t quite the same quality, but the price is vastly different at £6 compared to around £12.50. Each pack comes with glue included and if you’re careful, they’re re-usable. There are also several designs including peacock feathers and roses, but I think the bows are the prettiest.

If you’re a regular reader, you might remember Benezesty, the Benefit Lemon. Meet Coco, the Original Source coconut (see, I get sent a lot of strange things!) who’s not only now the world’s prettiest coconut but celebrates the release of Original Source Coconut Shower Gel (it’s very coconutty). She’s doing a great job of showing how well the Stargazer lashes curl.

The lashes launch on the Stargazer site later this week.

Paper Soaps To Pop In Your Pocket
MAC Massive Lashes