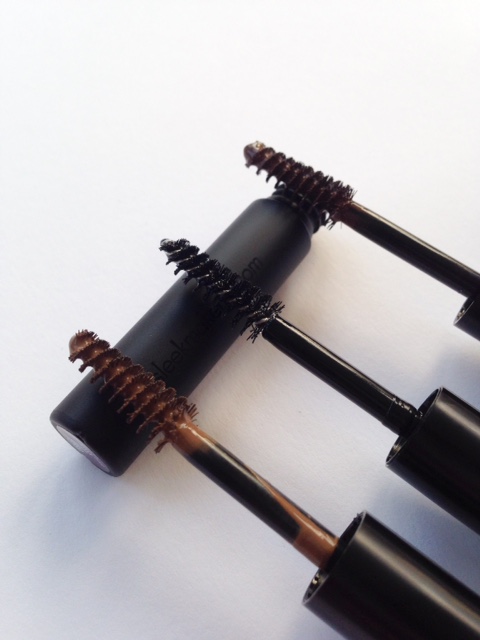 After so much success with the Bobbi Brown brow shapers, I couldn’t wait to try out the Sleek MakeUP version as a more budget alternative, because these are way more budget friendly at £4.99 each. There is a dark brown, a light brown and a clear shade.

On use, I found that they deliver a little bit too much product onto the brow, so apply with caution. I tried both the light and the dark brown and now I have one brow that’s Kim Kardashian and the other is more Rita Ora. Hoping that the postman doesn’t come. In terms of pigment, it’s high, but the colour selection is literally just the two so you have to hope that you have a natural match. I used Dark Brown first thinking that would be my shade (like Bobbi Brunette) but it’s actually far too dark for me – great for darker skintones though. So, I’m better with Light Brown which on first sight doesn’t look right at all.

It’s fair to say that your brows will not move – Sleek Brow Perfectors have a very good formula for wrestling strays into submission, but personally, I felt it made my brows feel a bit crispy (although they don’t look it).

All in all, the better product is Bobbi Brown (at £16 HERE) but Sleek Brow Perfectors do the job – just not in such a sophisticated way. These hit stores on 25th February.