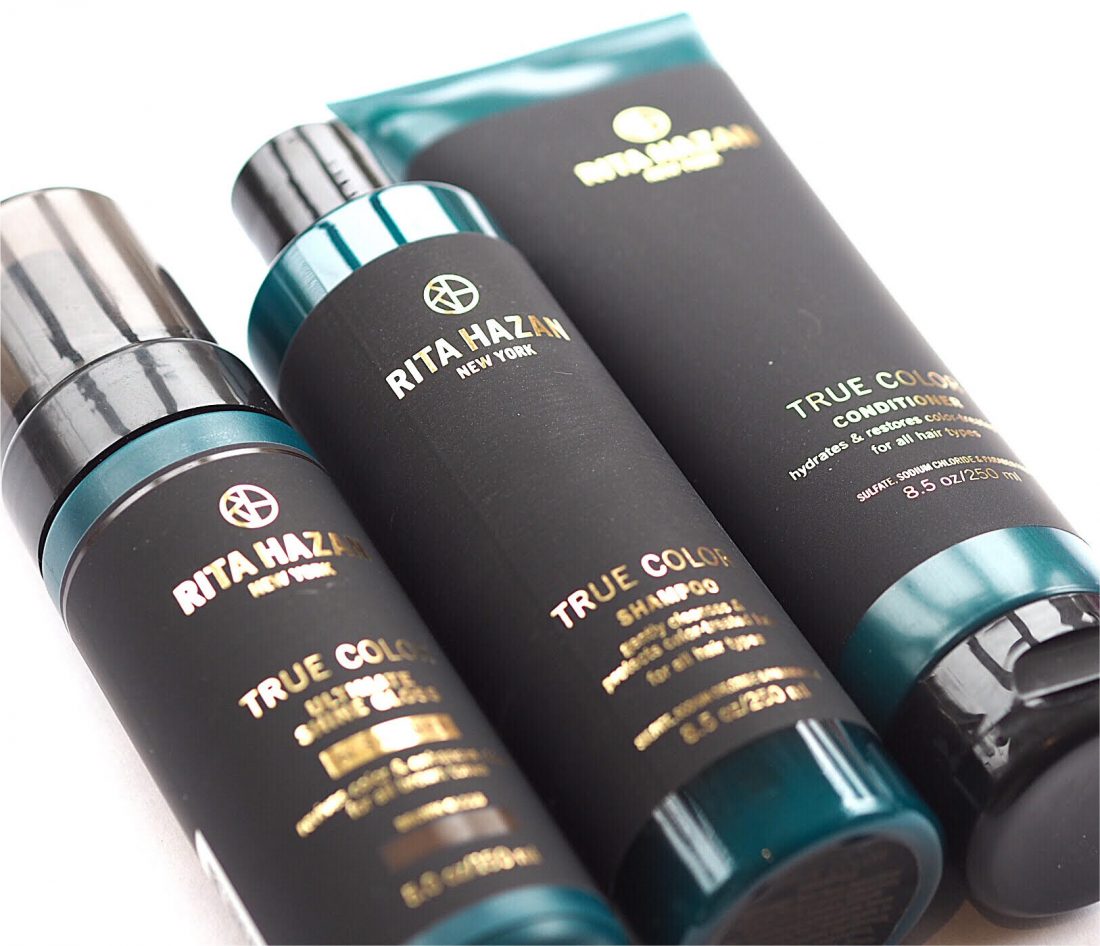 This drop is so timely! I first came across Rita Hazan products in New York several years ago – what intrigued me was the nozzle of the Touch Up Spray, because at the time, nobody was doing any kind of nozzle touch up method. I didn’t buy it at the time and it just niggled and niggled so on his next work trip, I sent Mr BBB shopping (this was 2011) and it was also the first time I tried Bite Beauty which we still can’t get in the UK easily. Generally I find sprays a bit tricky – I’m happier with a pencil or brush; Rita’s crayon I don’t think even existed at the time. However, it’s a very fine nozzle and subsequent spray so it’s fine.

Although Rita is a recognised and known name in the US, not so much here. She has a 5th Ave Salon in NYC with a focus on immaculate and innovative colouring techniques. So, the reason this is so timely is that I’ve just redyed my hair. I usually use VS Salonist which is great although gives me reddish tones after a while, but for no particular reason swapped it out for Olia, which I used to use. Don’t ask me why, but my hair has never looked duller. I know Olia is great and wonder maybe if it just didn’t sit well with the dye that Christophe put on my hair when I was in Paris. Whatever the reason, it’s dull, so the weekend mission is to get Rita Hazan Ultimate Shine Gloss on my head, pronto!

Obviously, because I’ve been sent some, this means that Rita’s range will be available in the UK. The point of colour keepers and enhancers is not just to hang onto your colour between treatments, but to keep colour true, so to tone away brassiness or orange hues while uplifting the colours you do want. I’m not particularly into high maintenance hair – love Aveda, 72Hair, Christophe Robin and Kerastase – but I hate no shine and I don’t love colouring it either so anything that sorts that or ekes out the time between treatments is great in my book. Products sit at about the £20 mark.

Rita Hazan New York is launching into Selfridges on the 16th March – I’ll report back on the Shine Gloss when I’ve given it a good go – in the meantime, if you want a free consultation with Rita she will be in Selfridges (Beauty Workshop) on that day from 5 til 8pm. It’s one of the few things I’d definitely recommend tipping out for – there’s absolutely nothing this woman doesn’t know about hair colour.