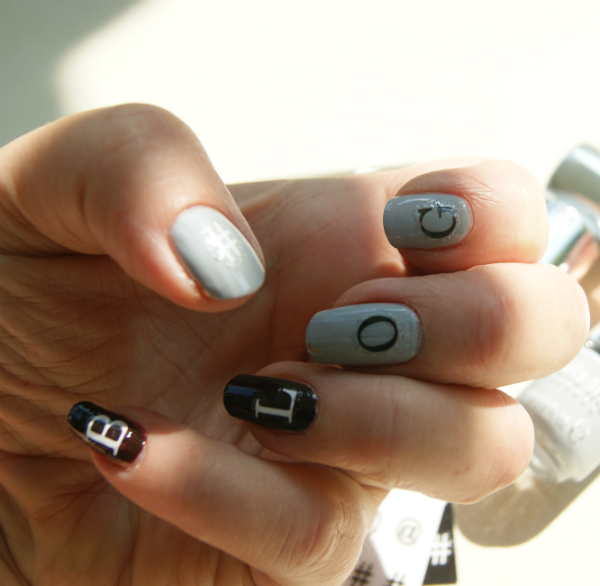 This isn’t my finest work, I admit (rushing as usual) but it does give you an idea of how the Mono Mani looks on the nail. It’s so easy to do to be honest.. I needed two coats of polish for each one.. the grey streaked really badly on the on the first coat but righted itself no problem on the second. From there, it’s just a matter of peeling off the letter stickers (you might want to do this first) and putting them on – be really careful to get them straight (I went wrong on the O which is a little wonky and will bug me for ever!) . The best tip I can offer for this is let the polish dry properly before applying the letters.. you do need to smooth them down so they look seamless but I was too hasty here and it hasn’t given the best effect. After the letters are on add a top coat so none of the letter seams show.

I really love this effect.. especially as they’ve managed quite a Dior-ish grey…there are all sorts of words I would like to spell out, but probably won’t ;-)). It’s on pre-order HERE (£20).