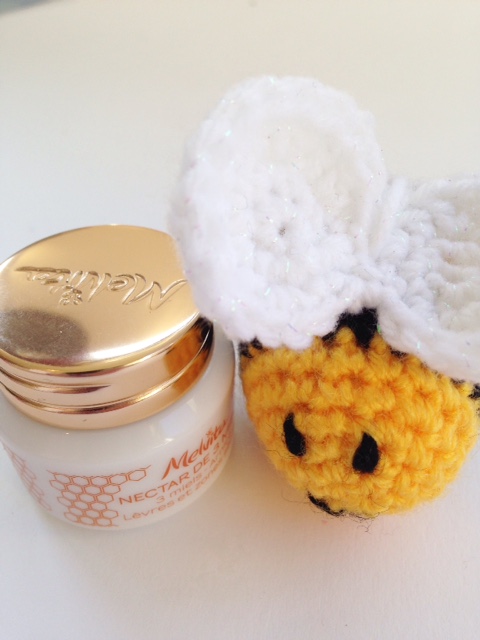 I’m going straight into over-share here, so if you’re eating your breakfast, look away now. I’m still in bed from the worst cold I’ve ever had – literally a total streaming, sneezing, eye-watering, snot-fest of a cold. I did not know one person could lose so much liquid from their face. I have been at a life-time low of un-prettiness, let me tell you! You know when you look at someone underwater and their face looks all weird and water-logged? That’s how I’ve looked for two days.

The Melvita 3 Honeys Balm has been my one friend (everyone else is, quite rightly, avoiding me!) in this tornado of a cold. I’m at ‘drying out’ stage (see, told you it was all about the overshare!) and usually crispy nostrils are all part and parcel of that process. Not so – I’ve been applying Melvita 3 Honeys Balm from the get-go to try and avoid that crusty, red and inflamed skin look that hangs around for longer than the cold. The one upside to having this cold is that I’ve put Melvita 3 Honeys Balm to an extreme test and it’s come out an absolute winner. I’ve got  no dryness anywhere – not on my lips nor round my nose. It’s already scooped several awards and I can quite see why, even though I don’t like the taste or smell of honey (can’t smell a thing though at the moment which is a mixed blessing).

As well as three types of honey for soothing, repairing and hydrating, it’s got a shot of arnica, too. I would hugely recommend it as a beauty/medicine cupboard staple for anything that needs extreme hydration or skin dehydration prevention. Melvita 3 Honeys Balm is £10, HERE.