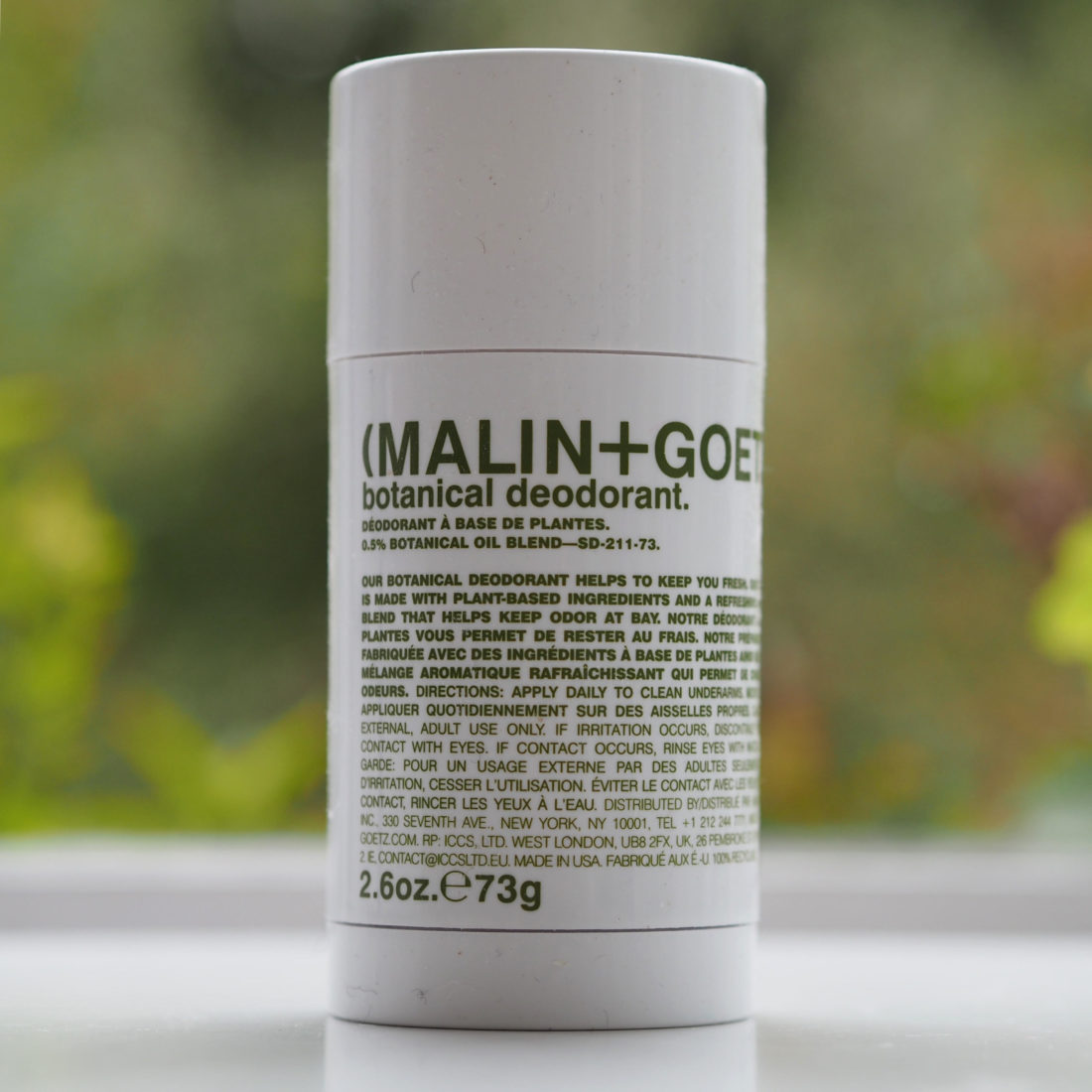 [unpaid/sample] There’s such a big shift away from regular deodorants just now as part of the move to more natural personal care. It’s not new – Tom’s of Maine has been around at least since my children were at primary school – but it is certainly a growing preference that probably won’t ever return the routine use of Mum (gosh, does that still exist?) and the like.

Botanical is the third incarnation of Malin + Goetz deodorant. The other two, Eucalyptus and Bergamot are very clear on their scent profile, whereas Botanical is more of a medley of notes. You’ll find lavender, spearmint and geranium in the mix (and not rosemary as shown – it was the only bit of herby greenery I had to hand in the kitchen!) which gives it a soft green aroma that has spearmint at the fore.

You’ll like this if you prefer a bit of zing in your morning routine – if you’re the person that has the peppermint shower rather than the rose shower, for example. The deodorant uses a mix of coconut oil, witch hazel and barley powder to neutralize bacteria (that causes odour) and to absorb moisture along with 12 natural plant extracts to soothe and freshen. Fresh it is! I think swapping from a commercial deodorant to a natural one takes a bit of getting used to – you need to give it a few days at least to make the transition because there is some adjustment while your body gets to grips, but once done, mostly people don’t switch back. A tip I heard is to use a clay mask on your armpits which draws out odours until your body settles into the new deo routine. Anyway, it’s £19 HERE.