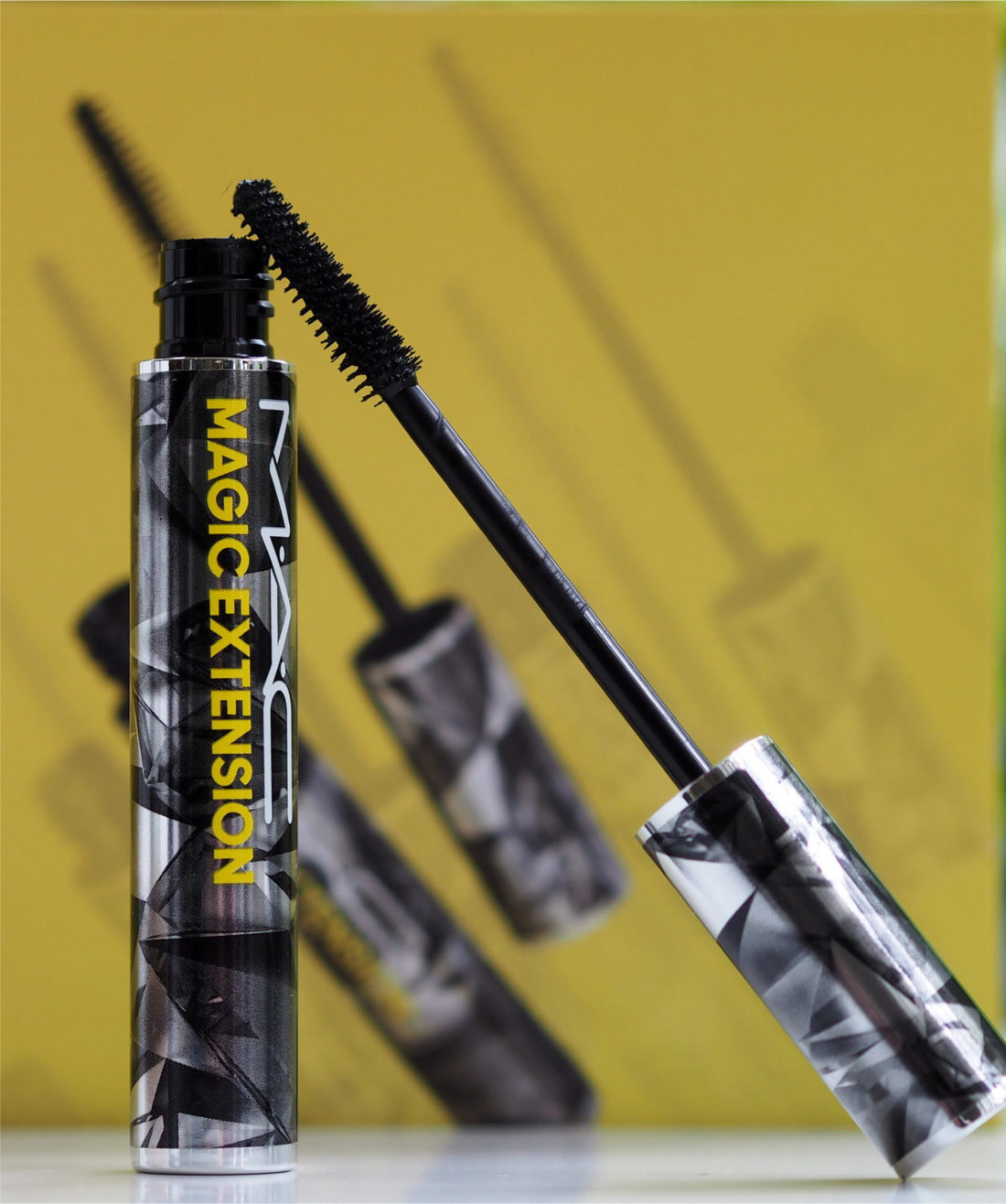 [unpaid/sample] Two great mascaras in one week! Ambassador, etc, etc. MAC’s newest offering,  MAC Extension 5mm Fibre Mascara is an amplifier so it will give you bigger, longer lashes if you like a wow lash.

They’ve rather gone the way of Charlotte Tilbury in terms of claims on the packaging – 90% (apparently) said their lashes ‘achieved over-the-top, exaggerated volume, while 94% said ‘lashes looked longer, fuller and lifted’. Which is a surprise – 10% and 6% disagreed with those statements and yet, having tested it, I have no idea how they could. I mean, maybe they used it wrongly but I’m struggling to see how.

The thing I was most impressed with – because I fully expected fatter and longer – was the lift. On my lashes, it was very noticeable with an eye-widening effect. In terms of curl, also a claim, I think if you have a natural curl to your lashes it will be exaggerated but if not, the effect will be minimised – it seems to have a setting element so if you use your curlers, I think you could expect to keep your curl as long as you are wearing the mascara.

MAC Extension 5mm Fibre Mascara has got exactly the kind of brush I like that you can really winkle under to pull through and it’s a deeply, deeply black colour (enriched with a ‘crystal elixir’ and no, I have no idea what that is, to strengthen the depth of colour). It’s £20 which feels like the right amount for a very much better than average mascara that will give you exactly what is promised. I should point out that it’s a fibre mascara so may not be suitable for contact lens wearers or those with very sensitive eyes although the formula is such I wouldn’t have known it was fibre boosted if the packaging hadn’t told me so. It’s a Boots exclusive HERE (with a free make-up bag while stocks last).