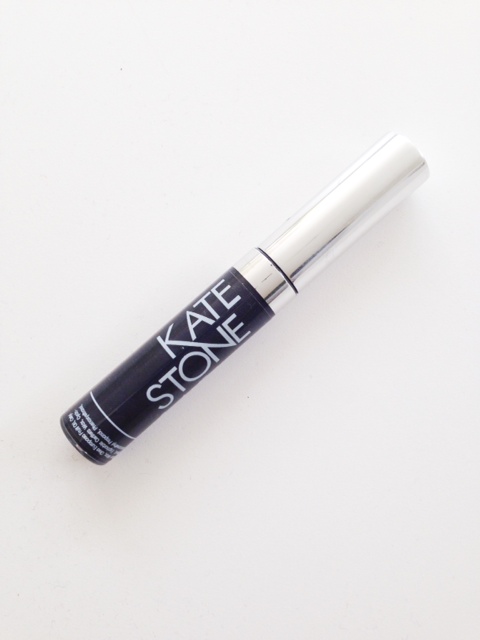 I used to get (nicely) teased by other bloggers when I first had my lash extensions applied – they were such a revelation to me that I banged on about them far too much. Four years later, after I’d promised myself 6 months of extensions as a treat, I’m still having them. I go for a natural look – although I chop and change a bit – I’ve even had red and purple lashes interspersed – and sometimes my lashes need a bit more oomph, especially with a full make-up look. I’ve used lash mascaras before and all they do, despite claiming not to, is break the glue bond so your expensive extensions fall out much quicker than normal.

Kate Stone mascara doesn’t do this – at all. It’s like finding the holy grail of extension mascaras and it means that my lash look is more versatile. Kathryn at FlutterUK has always done my lashes, and it’s not a surprise that Kate Stone Mascara is her creation – there isn’t anyone who knows lashes better. It hasn’t gone on general sale yet, but if you have extensions that need revving up, it won’t be long before you’ll be able to get them without losing half your lashes in the process.