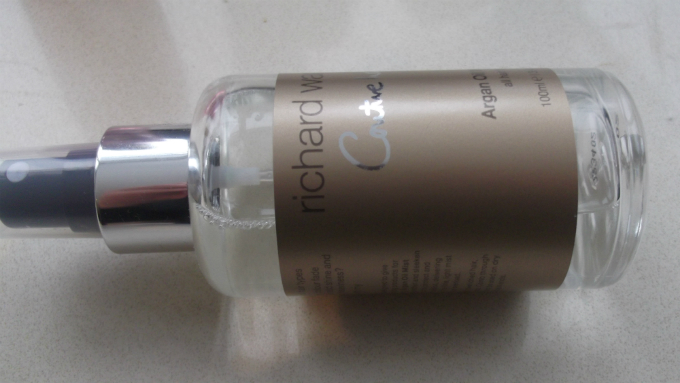 I’m not quite sure how I manage without this now… it’s the The Imperial & Oleo Complex for coloured hair.. it’s fragranced with a light, floral scent but thankfully it comes to pretty much nothing on the hair. I’m not much of a fan of fragrances fighting each other and bearing in mind that perfume goes on the neck, there’s way too much going on if you add in a strong hair scent too. But the miracle of this (and it is silicone laden, for those of you whose hair hates silicones) is that it is instantly de-tangling and softening and personally my hair is so much better with than without. It’s a very light fluid, so anyone used to heavier oils or serums will find this very light in texture by comparison. That said, it doesn’t weigh hair down at all, and I’ve found that using Ultime Elixir gives me at least a day longer between washes compared to when I’ve used oils or heavier conditioners.

It’s absurdly expensive at nearly £30, but a little does go a long way. I’m totally hooked on it and a hair-wash just isn’t the same without it.

Not so, with Richard Ward’s Couture Hair Argan Oil Mist. It just doesn’t seem to deliver any of the promised conditioning or smoothing. The instructions are to use it pre-styling, which I’ve done, but have then had to use a post-styling conditioner afterwards.. entirely negating the point! In it’s favour, I guess if you have very fine hair that needs some conditioning it might be the one, but for me and my thick hair, it’s a definite no-no.

When I look at the ingredient list, top is water (not surprisingly for a mist), then Dimethicone, followed by Argan – then Benzyl Alcohol and so on. My first impression on using was that it felt very ‘alcohol-y’. It’s £24 that nobody needs to spend.