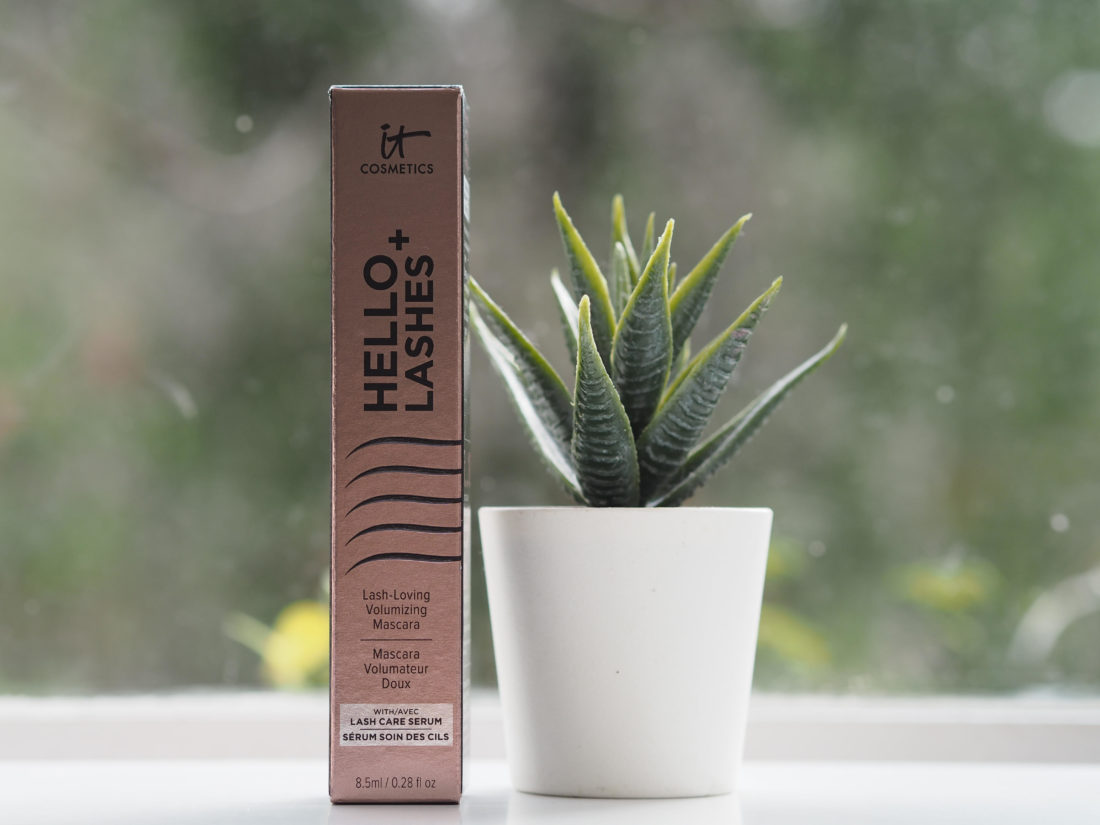 [unpaid/sample/affiliate/ad] So, this is an interesting mascara – mainly for the claims that surround it. Actually, I liked the formula when I tested it – it was a stay-all-dayer with decent black pigment. The brush style isn’t my favourite but that’s personal preference.

The ball on the top allows you to winkle your way to the inner and outer lashes which is useful and the shortness of the other bristles mean that it’s relatively easy to comb through from bottom to top. The It Cosmetics Hello Lashes Mascara has a lash care serum within the formula and is easy to remove for less lash loss. Now, this is the bit I find interesting – 7 out of 10 people saw less lash loss during remove (based on an 8 day consumer study of 142 participants). ‘Less lash loss’ is somewhat in the realms of ‘she sells sea shells’ trying to say it out loud by the way..

Eyelashes have a whole shed/growth cycle of their own which includes a resting phase. There will always be (barring exceptions such as illness) lashes in the growth phase, lashes in the resting phase and lashes in the fall phase but the longer you can keep them in the growth and resting phases the better and that’s why a serum infused mascara or a separate lash serum (doesn’t have to be expensive) is a good idea. If a lash falls too soon, you have the space until the growth cycle starts all over again – it’s not something, unless you have naturally sparse lashes, that you would probably notice, and being honest, I don’t notice significant lash loss from any mascara. In fact, I couldn’t tell you, for example, whether I lost any when I removed Hello, if I lost any last week or if I lost any last month. So, it can only be that testers were asked to monitor loss in a way that consumers probably wouldn’t. I feel that less lash loss is only a niche concern and it sounds worse than it actually is – you will always have replacement lashes coming through because of the cycle (and the cycle is why all our lashes don’t fall out at once!). I can 100% agree with the 93% of people who thought their lashes looked fuller, however :-). If you have concerns about lash fall, I’d recommend something like Typology’s pea peptide Lash & Brow serum to use at night (it’s £16.90 HERE) or castor oil (on a cotton bud) rather than rely on a mascara.

All of that said, an easy to remove mascara that doesn’t just disappear on its own during the day (or didn’t on me) is a sensible option for the frail lashed. It’s £22 HERE, non-affiliate HERE.