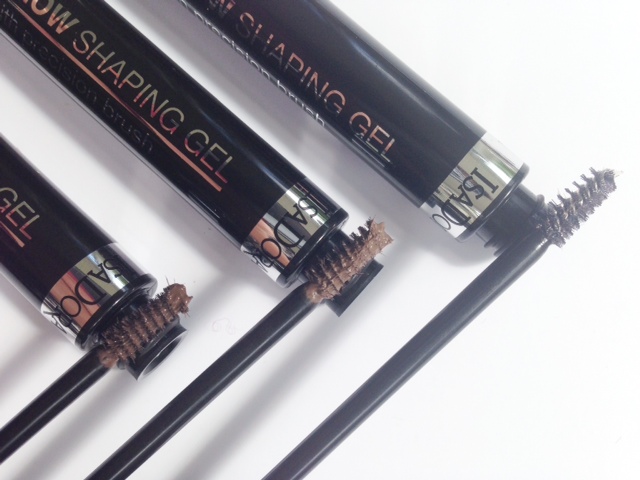 Brow gels are coming thick and fast at the moment – I’m so impressed with Isadora’s offering so if you’re in Europe at any point, they’re definitely worth looking out for.

Basically a shaper and fixer, Isadora Brow Gels come in four shades – the colours above are Dark Brown, Light Brown and Transparent – there’s another shade, Cashmere, that’s a kind of mid point between dark and light brown. Formulated with fibres, even the Transparent shade gives brows a little oomph.

The £ equivalent of Euro pricing is £11.75 for Isadora Brow Gels – I’ve been using the dark brown – it doesn’t move!