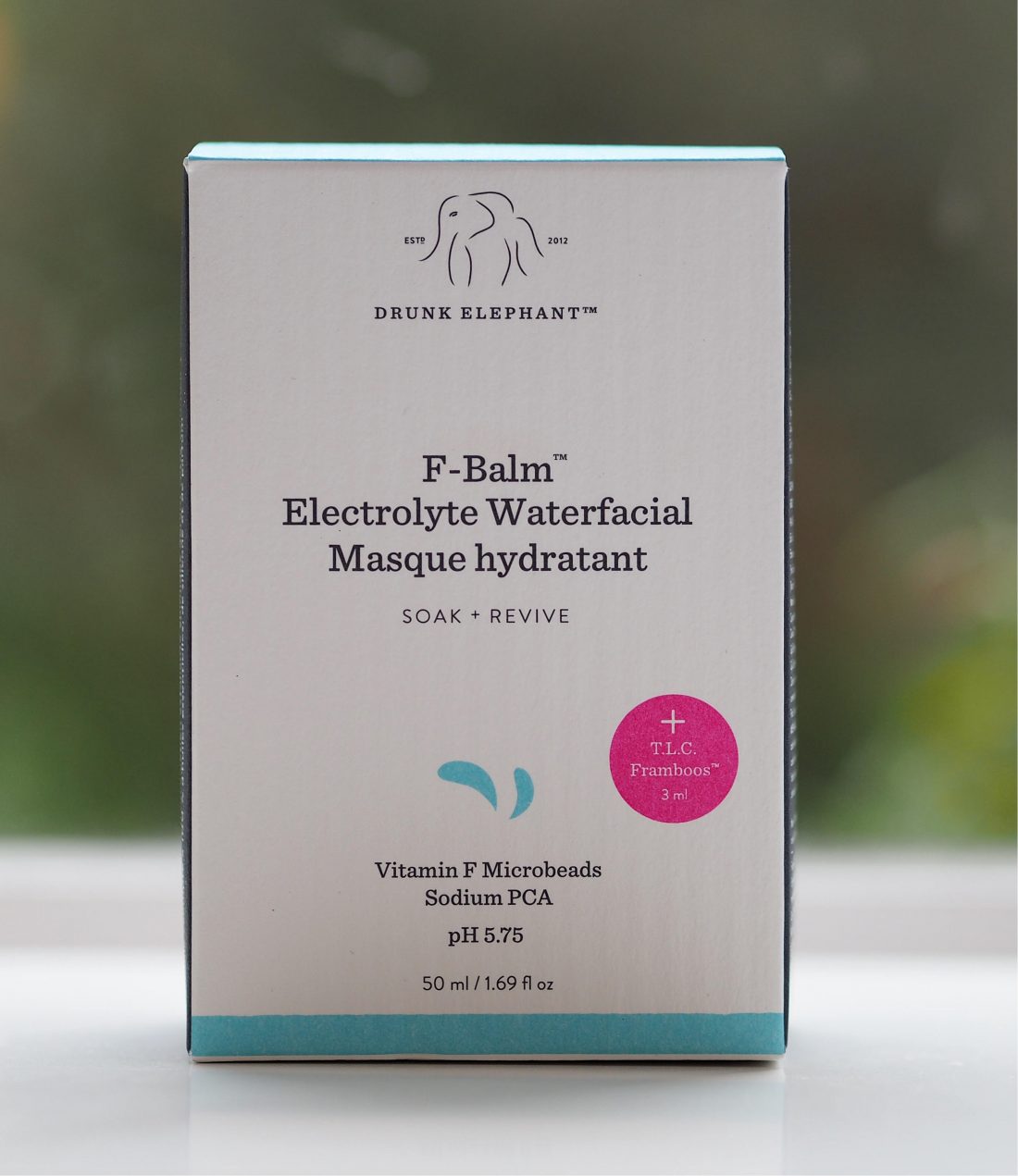 [sample/affiliate] Initially, when I tested this new hydrating cream from Drunk Elephant, I wasn’t all that impressed. It wasn’t that it was bad, it just didn’t do anything over and above. However, included in the box is a sample size of TLC Framboos Glycolic Night Serum so I tried it with that instead – boom! They were meant to be!

I don’t know any more what separates a night cream from a night mask – it’s the same thing I think but the ‘masque’ word gives it a special status in extra-ness! I like the idea that its for replenishing the skin barrier – all these acids (love an acid) and exfoliators we use mean that our barriers are probably permanently out of whack to greater or lesser effect. It’s not really a surprise to discover that the formula contains five types of ceramide (I swear, ceramides are going to have a huge revival because they’re really effective) and omega fatty acids which skin always responds well to.

Vitamin F is a fancy title for linoleic acid, another fatty acid that skin usually responds well to in terms of softening and hydrating. So, while F-Balm, combined with Framboos, is a match made in heaven in terms of waking up to soft and moderately plumped skin that feels silky and hydrated, it’s not quite the ‘soak’ of hydration that I expected. I’ve used it consecutively for four nights in a row and know I have to factor in the ‘new’ effect that is often deceptively positive at first, but even so, you cannot see a shred of dryness on my face and I would anticipate that results improve over a longer period of time as well.  It’s HERE, non affiliate HERE.