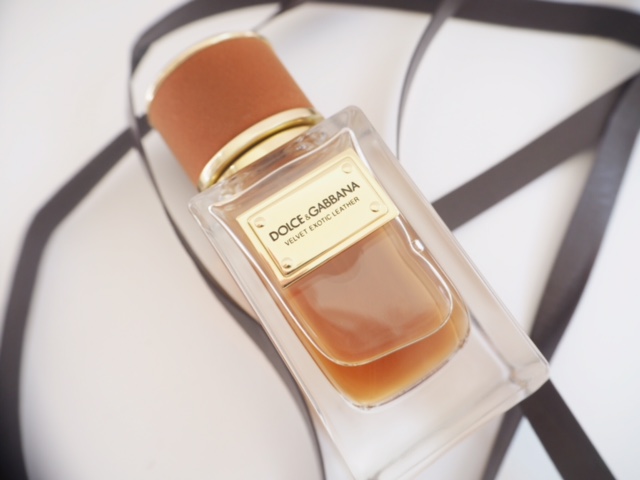 Everything about the fragrance note line up says that I should not like Dolce & Gabbana Velvet Exotic Leather, but somehow I quite do. And here’s the thing. It’s built to be reminiscent of male skin – basically put, it smells of boys!

Dolce & Gabbana Velvet Exotic Leather started off as a strong sweet-smoky scent that actually gets sweeter the longer you wear it which then plays with your head a bit because … sweet boys?! But, it’s very compelling as a fragrance. Until the black leather note warms up, it has a new bag, new shoes smell, which soon stops being predominant, and instead you get something masculine/feminine and seamless. The sweetness comes from lavender and clary sage, but there’s a hit of rum in there along with cistus labdanum, styrax and cade oil (none of which I could pick out visually in a police line up) but you get the idea – woody, tannery, licquor-ish and deep.

In terms of wanting to smell it over and over, it’s a hit, but much in the same way any woman feels about boys, it could drive you wild or mad, depending.

Dolce & Gabbana Velvet Exotic Leather is £155 and a Harrods exclusive. If you are passing though, do have a spritz – it’s something to be curious about when it launches in July.