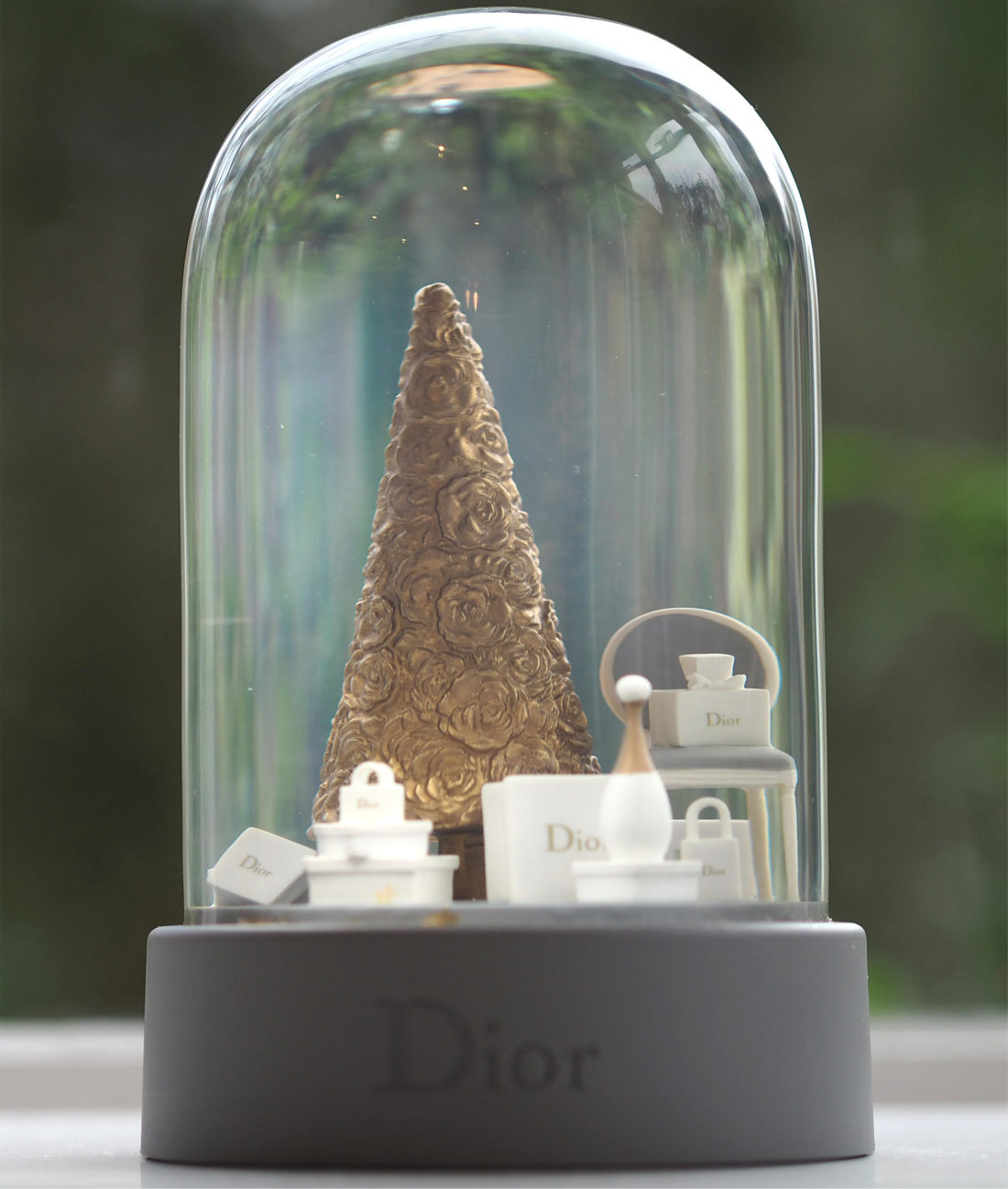 [gifted/affiliate] I think I’ve had this since 2013 – when Dior did an exhibition of Harrods and honestly, it’s one of my most prized possessions. Years before that I bought a book about collectable snow globes and because I’ve got the collector gene, I’ve had to really supress it so that I don’t get caught up in whole other collecting fizz.

I love everything about this – the attention to detail, that everything is miniaturised so perfectly and that it’s fully on brand with even the Dior chair on point. The gold stars even have the little hole in the middle that is signature Dior star and they glint even when they’ve all dropped through the water onto the floor of the globe.

The golden tree is a stack of roses if you look carefully – again, a huge Dior theme. So, literally, it’s Dior encapsulated. When I’ve looked on line at designer snow globes, it’s really a whole new world. Louis Vuitton 25th Anniversary snow globe will set you back £600 or more, Henri Bendell, $400 and a host of CHANEL globes that cannot be the real deal because I’ve seen one go for £400 at auction recently that I chased but was out-bid (I have one I bought but I feel it’s got a sketchy past – I was never gifted one by the brand so I have no idea if it’s authentic or not). But it turns out that Dior produced several designs of snow globes.

This was also part of the Dior exhibition at Harrods – it’s the Harrods teddy on the chair – and there were further ‘fashion’ globes, notably a pillar box with a lady in the perfect tailleur bar outline suit. The trouble is that authenticity is difficult – it seems snow globes are easily replicated and because it’s a niche collector’s market, there isn’t much to help you buy the real thing confidently.

My other ‘real’ deal is the Givenchy Snow Globe and that is only a couple of years old. It’s very hard to find for sale across the internet – it has less value than Dior (for now) but is much rarer. I love this one too because the snow is prolific with some red sequins in the mix.

I notice that Diptyque has one this year for £42 (was £60) HERE, non affiliate HERE so perhaps that’s a future collectable. It looks like Jean Paul Gaultier started the perfume snow globe trend and there are a few from that brand dotted about but they’re not nearly the quality of the ones I’ve shown here. I’d love to know if you have any beauty snow globes – they’re quite rare