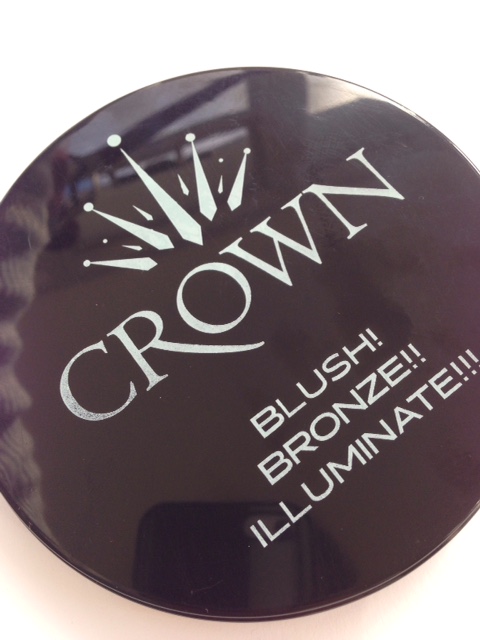 There are so many new launches coming from Crownbrush soon that I hardly know where to start. So, I’ve gone for the easy option with the Crownbrush Blush Bronze Illuminate trio. First up, it’s huge! This is an all-summer-long product and with a peachy shade blush, a beautiful creamy shade highlighter and a warm bronze that’s not too dark, it’s all about the perked up complexion and shedding the winter pale.

Mostly, I love the blush – it’s that kind of Bobbi Brown ‘flush’ effect that brings cheeks instantly to life. The Crownbrush version has a tiny bit of golden sheen. Even though I’m not much of an illuminator fan, this one is a mellow shade of beige (rather than a stark white) that won’t cover you in sparkles but will just give a flash of sheen. The bronze element is matte which makes this palette much more versatile – you can do twinkles with the highlighter (or just wash your brush over the two together to get a more sparkly bronze effect) if you want to and not if you don’t.

I know that Crownbrush has legions of fans, but it’s not a brand I’ve had many dealings with before. So far, it’s a pleasure to be discovering what they’ve got. I also see they’re chronic over-users of the exclamation mark (Blush!, Bronze!! Illuminate!!!) just like me, so I think we’ll be friends :-).