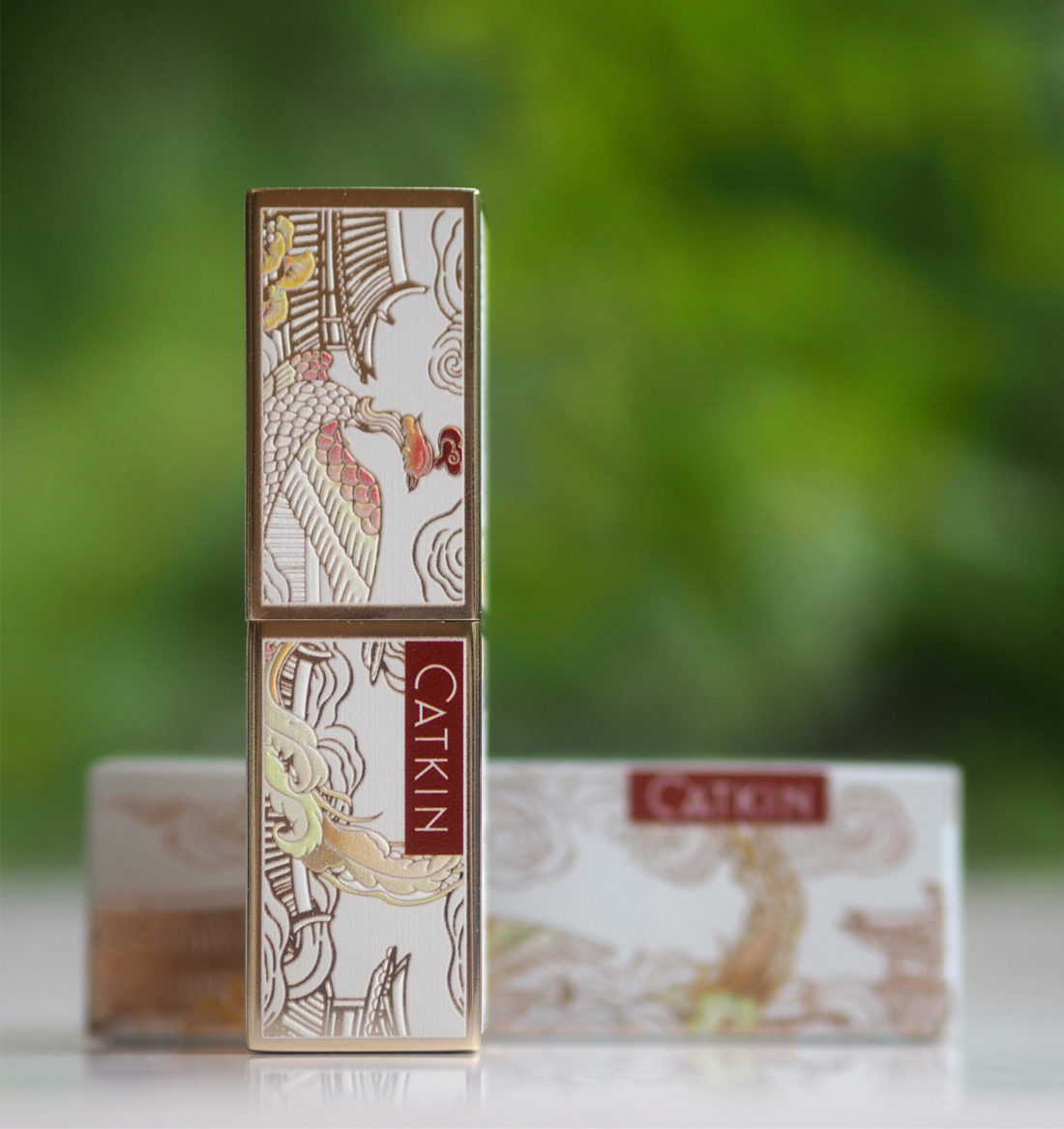 China is such an important market for any beauty brand – with the loosening of animal testing requirements, soon, everyone will have a crack at the whip but home-grown Chinese brands aren’t about to let the influx of European and American beauty brands take all the glory.  A trend I’ve noticed recently is for highly (and I mean highly) decorative products, from lipstick bullets to entire palettes carved to reference the arts and Chinese culture. Using earth tone shades and symbolic carving, they are a very long way off our perceptions of cheap and cheerful C Beauty.

Something that’s never considered (from this end) is how the Chinese consumers feel about an influx of brands from around the world. I’ve seen stats saying that 50% of millennial Chinese beauty consumers would prefer to buy from local or home grown brands. International brands have had a reputation for superior and prestige formulas while Chinese brands were felt to be inferior – these new brands are challenging those perceptions and appealing successfully to national pride in purchasing products designed and made in China. C-Beauty is trending in China too, not least because they’re well placed to foster emotional connections with consumers by incorporating cultural elements that resonate.

Zeesea (HERE) was conceived in 2012 by Hangzhou Laifei Cosmetics. They’ve recently collaborated with The British Museum to create a collection of palettes called the Enchanting Egypt Collection inspired by Egyptian art. As it’s a licensing deal, it’s not actually available at The British Museum which seems somewhat short-sighted. The same applies to the Alice In Wonderland x The British Museum beauty products and the Cherub highlighter you can see in the top picture.  They’ve also struck licensing deals with the Picasso estate for a set of rather wonderful lipsticks.

Palace Identity HERE is sister brand to Zeesea, less focussed on arts, favouring heritage, founded in 2020, but shares a similar aesthetic in terms of elaborate decoration. This blush is from their Tang Dynasty collection – the peony is an ancient symbol of beauty, wealth and status featuring in ancient writings, art and poetry. Amazingly, it retails for approx. $26. The lipstick case has a Chinese dragon draped around the outside, taking inspiration from the Imperial Throne Room at Jinluan Palace.

Florasis is the brand that pinged my curiosity because it appeared so often on my feed. Founded in 2017, like Palace Identity, places distinct emphasis on images of traditional China. They use images and inspiration from traditional Chinese paintings.

Possibly their most well-known piece is the Pheonix Palette that references the skills of carving and engraving. The Fairy Beach Blossom Palette depicts the Silk Road story. All products contain flower extracts and attention to detail is such that the make-up colours are also taken from traditional paintings.

As one of the leading domestic beauty brands, Catkin (owned by Colorite Cosmetics) blends chinoiserie with European spirit. Their most well known collection was a collaboration with the Summer Palace – a selection of lipsticks inspired by the Empress Dowager Cixi’s favourite residence sold out at launch in extra quick time.

Catkin (HERE) is the most accessible, price wise, with the palette shown approx $14. Catkin is also the most open to European expansion positively encouraging international distribution (I bought mine easily on amazon.co.uk). It’s been around since 2007 using a combination of ancient wisdom and cultural heritage with modern technologies for formulations.

Finally, a word on Perfect Diary HERE which storms the Chinese market with fast turn-around, decent quality products that turn around within a few months, including conception and manufacture. It’s owned by Yatzen Cosmetics and has just launched on the New York Stock exchange and is thought to be the front runner in global cultural licensing deals  It’s probably China’s best selling make up brand (although so many make that claim it’s hard to be 100% sure). Again, overseas licensing has played a big part in this brand’s success – they were first to combine with The British Museum (Italian renaissance ceramics) and also the Metropolitan Museum of Modern Art (royal paintings) and more recently they’ve collaborated with the Discovery Channel and National Geographic to bring out palettes that show Chinese fora and fauna. Bearing in mind that Perfect Diary was a start-up four years ago, the fact they now have 150 stores across China with plans to quadruple tells you all you need to know about its almost instant success. They’re clever with social media and marketing (sponsoring the Chinese Olympic gymnastics team) and like all the brands featured here use modern technology to emphasise heritage. The most recent collaboration (above) is with China Aerospace but follows a very old Chinese story born in mythology – The Goddess Chang’s Fly To The Moon which features a Jade Rabbit through space encountering coloured nebulas, infinite galaxies and a view of the world from the sky.

It’s natural to be curious about the world and right now China is opening its heritage and history to new audiences while incorporating modern aesthetics and other cultures as well as its own. A beauty audience isn’t the most obvious fit to take on a global China-centric history lesson but here we are and it’s exciting.