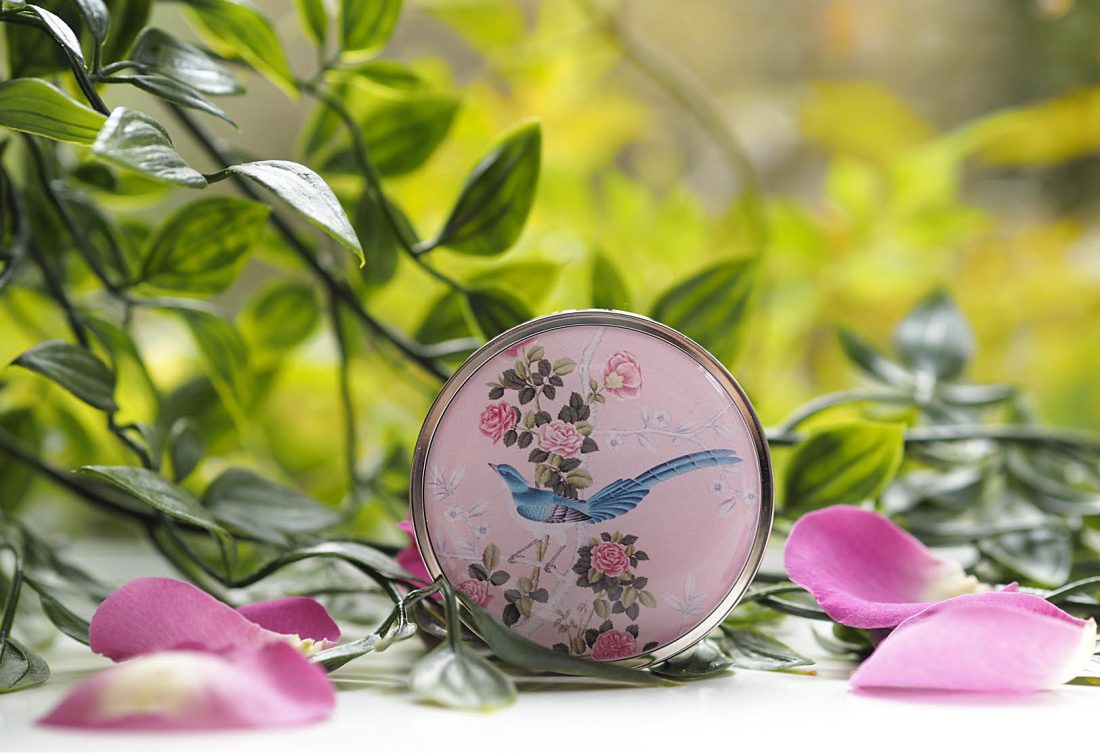 [productsample/affiliate] I’m flagging this exquisite limited edition highlighter now because you’ll have to be sharp to get hold of it. It’s already launched in the US where it’s out of stock everywhere but SAKS.

If you don’t know interiors brand De Gournay, they’re the masters of chinoiserie. You probably will have seen their work without even really realising it (for example, as Kiera’s bedroom backdrop in the Chanel Coco Mademoiselle ad) but far from being an old established French company, which I had assumed, it’s British and founded a mere 35 years ago. Think hand painted, gold leaf, 18th century inspired murals more than wall-paper.

So, as you can see, Chantecaille has teamed with de Gournay to create this delight of a highlighter. I haven’t swatched it – I can’t. How could anyone?! However, if you think you could bear to, your skin will take on a pink hinted luminosity that will catch any available light.

I think you can just see the pink accents in this darker picture. There’s also a new rose fragrance from Chantecaille, enveloped in a de Gournay chinoiserie style box. Derby Rose is a lumious rose – topped with raspberry and lemon to give it a sharp freshness, magnolia and sweet osmanthus to intensify the floral aspect. I’ll be spritzing it on my towels in the bathroom so when I open them up I get a beautiful waft of this.

So, if you see it, snap it up! These really won’t be around for long. I don’t have a UK launch date for this at the moment but it’s really any day now and you should be able to find it at SpaceNK.