By Terry Game Of Light Collection 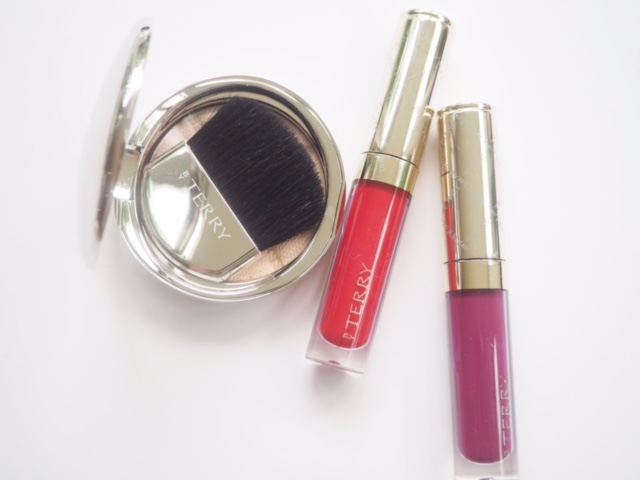 The star of the show in the By Terry Game Of Light collection for autumn is the Designer palette that is just exquisite.  As a brand By Terry stopped doing powder eye colours for a long time and only recently brought them back in palette form in her spring and summer collection. But, I hardly saw them anywhere, so for some reason they stayed under the radar. SpaceNK still have stock of spring and summer versions and even at £69 a pop, I still think you’re getting something rather exceptional (HERE). So, because the palettes are rare as hen’s teeth, I’m looking at the peripheral products from the By Terry Game Of Light autumn collection. First up are the two new Terrybly Velvet Rouge Liquid Lipsticks.

We have a wealth of mattes available… all prices and all textures, but there is definitely something very grown up about these. My Red and Palace Garnet feel lighter on the lip than any other mattes that I’ve tried, but actually I don’t find the brush very accurate – and at this intensity, application needs to be perfect. I think you have a lip brush, try that instead. As you can see, it’s an ultra intense pigment which makes it all the more surprising that it feels so light on the lip. No surprise, given the brand, that they’re £30 each. Ouch.

This is the By Terry interpretation of a c0ntour powder – very understated and simply a nod to the trend. By Terry Densilisse Contouring (shown in Beige Contrast) is more powdery than foundation based (it’s called a foundation, but it could be that the word has got lost in translation) so if you want a nuance of contour, it’s there.  It’s £68. Ouch again – but the ouch is a bit soothed by the weighty compact and the fact that it feels so luxurious in the hand.

There’s also a highly reflective gold based nail polish in the mix, but I don’t have it to show at the moment. The By Terry Game Of Light Collection is hitting in September.