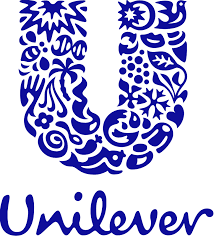 I don’t know if you remember that I posted a little while ago about Unilever’s intent to crack down on influencer fraud. While I’m very glad someone has actually said it out loud because buying followers IS fraud (and prosecutable if anyone has the resources) if you have gained money/gifts from brands on the basis of X many followers when the reality is that those followers are not real. It’s absolutely rife and completely enabled by the industry itself. We see, time after time, ‘influencers’ being rewarded for fraud and the front-line detectors of fraud – the PRs – either ignoring because it’s all to awkward to confront or further rewarding.

Unilever’s answer to this, is, according to The Drum, to foster long-term relationships with influencers to stop them flitting from brand to brand for short term financial gain. But, hold on one moment. If, by ‘establishing long-term relationships’ with influencers, Unilever means that influencers work exclusively or predominantly with them, they’re effectively controlling content and income. Brand control and financing was the very thing that brought traditional blogging to its knees and tarnished all of social media in the first place. This is control by another name.

It’s only a few years ago that impartial blogs were ten a penny – some great, straight talking blogs have disappeared completely because it’s not in brand or PR interest to enable them when they can get a guaranteed positive review on a questionable Instagram account to show the client or boss. I’ve worked on so many sponsored posts where brands have pushed and pushed for sales, or dictated content to the point I’ve actually given up and refused to make content for them at all. Often after I’ve done all the work.

I’d suggest to Unilever that change needs to come from within before pointing the finger at ‘dishonesty’ on social media which has been so actively enabled by brands themselves in some shape or form. They need to look hard at their social media agencies forever sending messages on IG that start with ‘Hi hun’, their affiliate agencies who bombard us every single day with ‘offers’ that we can entice our readers to spend money on, and their PRs who have to justify their own fee by securing free placement with us. They need to look at their own internal workings in marketing that pressure all three above named outside agencies to deliver results that just don’t come from non-pressured, trusting relationships. We’re the ones – the content creators – that have built the trust, established our platforms and actually give a damn enough about our readers that we aren’t prepared to convert them into currency. The right thing, at the right time with some editorial decision, some reader-first content – that’s what works. Not any old thing, any old time with no reader-first intent, no tangible information and no thought is not what works. But you find a stressed, harassed, junior social media agency employee desperately under pressure to get a result and all rules are off. Unilever, you have a big job to do and you can start by sweeping your own doorstep.

Initially, I thought that Unilever’s move on influencer fraud was a good thing – now I question its wholesale blame dumping and lack of accountability in the first place. Influencer fraud exists, we can’t get away from that, but it only exists because it was enabled, and is still being enabled, by brands and their partnership agencies.

The ASA Rules Against Olivia Buckland

This week, the ASA banned an Instagram post from the Love Island star for not making it clear that it was an #ad. I feel a bit for Olivia here, who is a brand ambassador for W7 cosmetics. Banning an Instagram post is about as effective as a wet tissue because who cares and who will even notice it’s not there anymore, but the point is at least made. As a brand ambassador, Olivia posted something about a W7 product that she didn’t hashtag as an ad. But this is where the greyness creeps in. It may have easily been that she just thought she’d chuck out a front of mind post that she’s not contracted to do (Instagram is quite a spontaneous platform) and therefore wasn’t specifically paid to post it. Or not. But we all face these dilemmas – if I have had a (declared) sponsored post with a brand and then a few days later put up an Instagram post about it (because I’m enjoying using it and genuinely doing something with it at the time) would that be deemed as sponsored content despite the fact I was not paid to do it but have paid work with that brand visible on my site? Who the hell knows?

Right back at the beginning of social media, the ASA should have really grabbed it by the balls and put some very stringent measures in place. But, that’s not what happened – woolly rules festered away unread and unheeded and they’re still not fit for purpose. By rights, every single time I include an affiliate link in my posts, according to the ASA I should be hashtagging them as #ads. But they’re clearly not ads. There’s a disclaimer at the bottom of every single post and I think I’m literally the only content creator that adds in a non-affiliate link so that there is a clear choice.

The ASA rules lack the agility to change quickly, as social media does, and they lack the man-power to police. Someone has to make a complaint (probably a competitor brand and not an outraged from Tunbridge Wells reader) and then they may act. I know a fellow blogger – some years ago – made a complaint against a plagiarising content creator and they told them to contact that person themselves and sort it out that way. As if.

So, poor old Olivia (or not) who probably thought she was chucking one in for good measure got thoroughly and publicly knuckle-rapped because she makes a good case that’s garnered plenty of publicity.