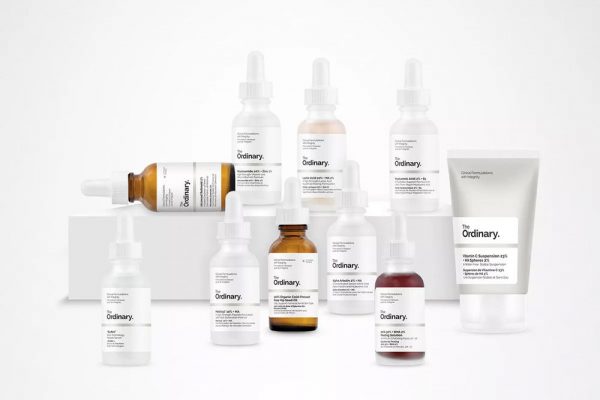 Since the Deciem story has well and truly hit the business pages, it’s time to include it in BBN, something I’ve steered very clear of in the past, because of the fast changing nature of the situation.

As a brief outline, last year, Estee Lauder acquired a 28% stake in Deciem, which is owned partially by Brandon Truaxe and partially by Canadian entrepreneur, Pasquale Cusano. At the beginning of the week, Brandon made the decision to ‘temporarily’ close Deciem as he believed there were financial irregularities. All the Deciem stores are closed until further notice. Yesterday, Estee Lauder lawyers stepped in to extricate Brandon from Deciem and instate Nicola Kilner (ex co-CEO, recently brought back after being fired from her role) as sole CEO of the company. Under Canadian businesslaw, they can bring a court action where ‘conduct has occurred which is oppressive, unfairly prejudicial or unfairly disregards the interests of a shareholder, creditor, director or officer’. There is a thorough time-line of the Deciem story on Vox HERE.

Wherever you look, and this story is now covered widely across all media, there are allusions to Brandon’s health, mental health specifically. It’s true that his behaviour is erratic across his social channels and it seems that it has been difficult for people to try and step in. I know that several people have tried.

It’s very clear that the recent path of Deciem has been beset with issues: a short appearance in Sephora, a potential collaboration with Ulta that came to nothing, and fast disappearance from Victoria Health, a very early supporter of the brand. All the clues have been there for some time that all is not well. Deciem has a world-wide staff of approximately 450 people who currently have no idea whether they have jobs or not, which is surely the more pressing matter than whether the company CEO is fit and well.

But, we can’t not address whether Brandon is fit and well. I can’t diagnose any more than any other non-professional but I can suggest that those with mental health issues are often the very last to know they have it. So, everything going on around a person who may be in an episode of one sort or another truly believes that those around them are the problem. That can lead to paranoia, delusions, mistrust and terrible fear and personally, I would not want to be in the shoes of anyone whose world is disintegrating around them so publicly when it’s clear they are beyond a certain level of self-awareness. So, while we are watching (because there is no hiding place on Instagram) someone lose everything, it’s important to be compassionate rather than subject them to ridicule or derision.

The most important thing for the lawyers to do is secure the jobs and salaries of the many people who work at Deciem and we should know by the end of the day whether there is a new CEO.  Personally, I don’t think that the brand and its branches will disappear completely but if the lawyers are successful, it will be a different kind of brand in the longer term.

As a last note, I will say, again without diagnosing, that I have known people who suffer with severe mental health issues emerge from an episode to be horrified, ashamed and beside themselves with regret to discover what has happened. Sometimes, they can’t even live with it, which makes worrying about whether we can get new supplies of serum seem rather irrelevant. I’m hoping, personally, that while the lawyers are securing their finances, they’re also securing the well-being of those involved.

NB: A quick update: from the time of writing the above post, and after the court hearing in Canada, Nicola has been made CEO of Deciem and the company hopes to resume normal activity next week. Brandon Truaxe is legally forbidden to control Deciem in any way at the present time.