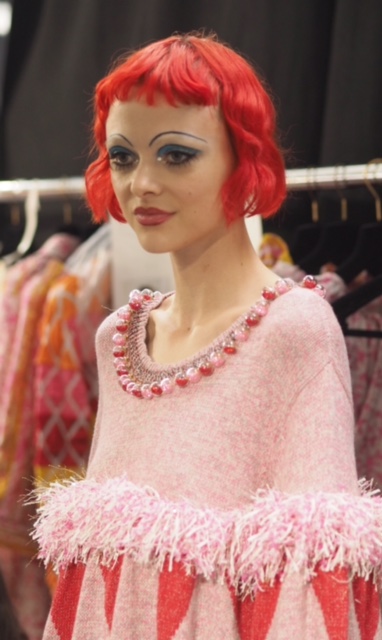 For a change, there is plenty of beauty industry news so I’ll just zip through what’s going on on the other side.

MAC: Lots of change going on at MAC. Firstly, Creative Director James Gager is leaving MAC after 17 years. This is a bit like Karl leaving Chanel in terms of big beauty news even though you’ve probably never even heard of him. His role is being taken by Toni Lakis while James swaps over to being Senior Vice President, Creative Director and Brand Development for Estee Lauder. There’s a vague ‘will work on creative projects’ but also he’ll oversee the creative team of Jo Malone London. This suggests that he is needed more urgently elsewhere in the Lauder business (he’s worked for them for 37 years!). My thoughts personally are that both Estee Lauder and Jo Malone are in big need of new creative direction, particularly Estee Lauder.

Secondly, for MAC, they’re now going into Ulta which has huge presence across Europe and the USA (maybe a bit like Superdrug in terms of presence and accessibility here in the UK). Lauder has been a heavy investor in stand-alone stores and a new sales channel such as Ulta would indicate possibly that it’s not quite working out as planned. I was told the average age for a MAC customer is 35 so it’s possibly they’re trying to reach a younger consumer at Ulta. Other than a few specific locations, many of the Lauder stand-alones I pass by are empty. Lauder has recently acquired Too Faced and Becca – Lauder brands that I hear almost nothing of these days includes Ojon so I would expect more brand shifting.

Apivita: I wondered why Apivita was suddenly becoming more present in the UK after years of being quiet. It turns out that Puig, that owns mainly fragrance brands such as L’Artisan Parfumeur, Nina Ricci and Penhaligons, has bought Apivita. Previously, in terms of skincare, Puig has tried its luck with Payot but sold it on in 2014, and derma-care brand Uriage.

Coty: After Coty acquired 41 P&G brands it was always on the cards that major changes would happen. It’s therefore horrible news that their Northumberland plant is said to be closing by the end of next year in order to expand and consolidate other factories. I am certain this is the first of many such announcements, and in this case, equates to 400 job losses. I can’t remember if I mentioned that Coty earlier this year invested heavily in Younique.

Birkenstock: Yes, you read that right. Apparently, the shoe brand is making a foray into natural skin care. I don’t know what else to say about this, other than they’re using cork oak extracts (probably had to shoe-horn this ingredient in to make the link) in it.

Johnson & Johnson: A little twist in the tale of the ovarian cancer lawsuit has emerged earlier this month. After three findings against the company where damages were awarded to women who filed against the brand suggesting that the use of the powder had caused ovarian cancer, a further lawsuit now finds the company not liable in the most recent case.

The Body Shop: So, the sale of the Body Shop is definitely happening. According to The Times, Emmanuel Osti, formerly of L’Occitane, is putting together an £850m bid for it. There could easily be unreported counter bids for it, so really, we just have to watch this space.