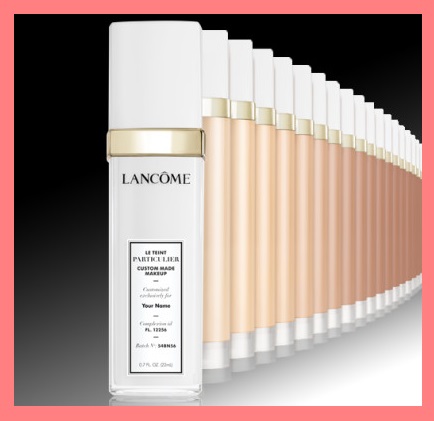 So, it’s – mostly – all quiet on the beauty business front but there are a few interesting pieces of news.

First of all, Revlon has bought Elizabeth Arden (for £660 million in case you wondered what the red door was worth). I love a bit of 8 Hour but it’s clear that the brand has been struggling creatively with colour for some time. I wouldn’t say that Revlon is exactly known for its creative genius, but maybe two heads are better than one in this case. And, at least it’s not Coty. Speaking of Coty, though, Revlon has also bought previously Coty owned Cutex.

You may not know indi brand BS Cosmetics – I’ve had to avert my gaze many a time on Instagram because of their, er, ‘edgy’ palette designs (genitals). They’ve announced to beauty business pages that they’ve been bought, but decline to say by whom. The brand was founded by Kathy Silvantes who previously worked for Lancome and Estee Lauder (MAC). This is significant because all the big guns are looking at indi brands right now – especially the ones making in-roads into their sales so I’m intrigued to know who snapped it up. It’s proving the point that consumers aren’t content with standard, creatively starved cosmetics and want something different, new and exciting. Before you check them on Insta, know that it’s NSFW. I like to think that Estee might have had a little giggle and a blush over this one.

Meanwhile, both L’Oreal and P&G are keeping the lawyers busy. P&G are claiming that Edgewell, a private label razor brand, has infringed their patents (many times) and also cite ‘deceptive acts and practices’ as reason to take legal action. On the other hand, Edgewell says that Gilette Mach 3’s patents have expired (who didn’t renew those!!). L’Oreal is under fire over their textured hair brand, SoftSheen-Carson (hair relaxer) which has allegedly caused hair loss and scalp burns.

Watch out for MAC changing up their lipstick packaging for Liptensity: super high pigment balm style lipsticks – more interestingly, the brand reportedly used the skills of a Tetrochromat, someone who has the rare skill of being able to see up to 100 million colours. Mostly, the human eye can see about 1 million colours. Got to admit, I’m fascinated by this one. I’m backstage LFW later today with MAC so hopefully I will get to lay eyes on one.

In the ‘customisable’ space, Lancome Custom Makeup, Lancome Particulier, has launched in the US. At counter, you can have your skin tone matched by machine and then your exact match foundation made up there and then at counter. Which, minus the machine, is what Prescriptives was doing eons ago. Maybe they were just ahead of their time. I’m sure it will have a UK launch but no idea when.

Last minute: Mode Media – which provides advertising on behalf of brands to many bloggers – appears to have gone bust. Oddly, they forecast $100 million worth of business for this year and pulled the plug right before the most popular time of year for advertising, the run up to Christmas. Many bloggers are reporting they haven’t been paid and unfortunately, it seems unlikely that payments will ever be met. Remember that blogs don’t provide pensions, healthcare, holiday pay, sick pay or maternity cover so ad revenue can be a very important part outside of sponsorships to keep things ticking over financially. When it comes to the really huge blogs (US mainly), the loss of revenue will be absolutely huge but I think it will hit small-mid size blogs hardest as they’ll find it more difficult to find other ad sources.