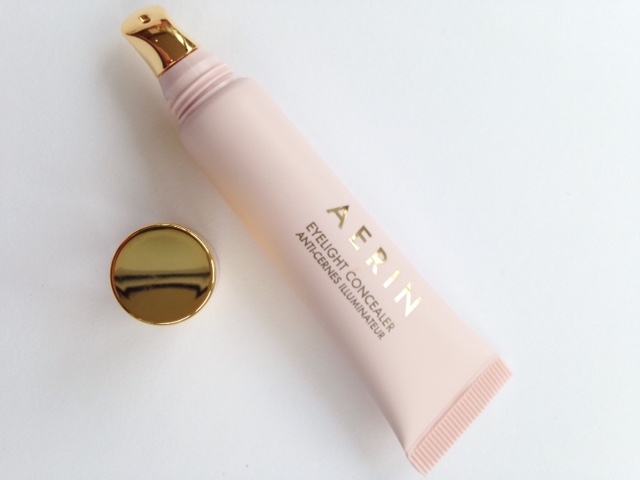 Concealers are all very well, but I’ve found very few that actually make things better, rather than worse. Once you develop any fine lines under the eyes, concealers have a habit of looking marvellous when you first put them on and once the liquid evaporates you are left with the dry components all sitting in every single line. Either that, or they’re just too dry in the first place and just exacerbate the lines.

Sorry to say that the Aerin Eyelight Concealer, while more liquid than many, didn’t really seem to do anything much in the way of concealing and has one big problem – the nozzle! It’s a cooling tpye nozzle that delivers far too much product no matter how small a squeeze you give the tube. These cool tip applicators all have this issue although they are cooling on the skin, and in theory reduce puffiness if you massage them around. It’s a skill to get the minute amount of concealer that you need rather than the big splodge you get. In terms of texture, it’s okaaay, but nothing special although it does feel very light on the skin. I think it took away any concealing benefits by exacerbating fine lines. However, if you’re blessed with smooth under-eyes, you’ll be completely fine with this. The concealer launches this month for £25.

The Aerin range still just feels like repackaged Lauder and hasn’t really found it’s place in the world yet.