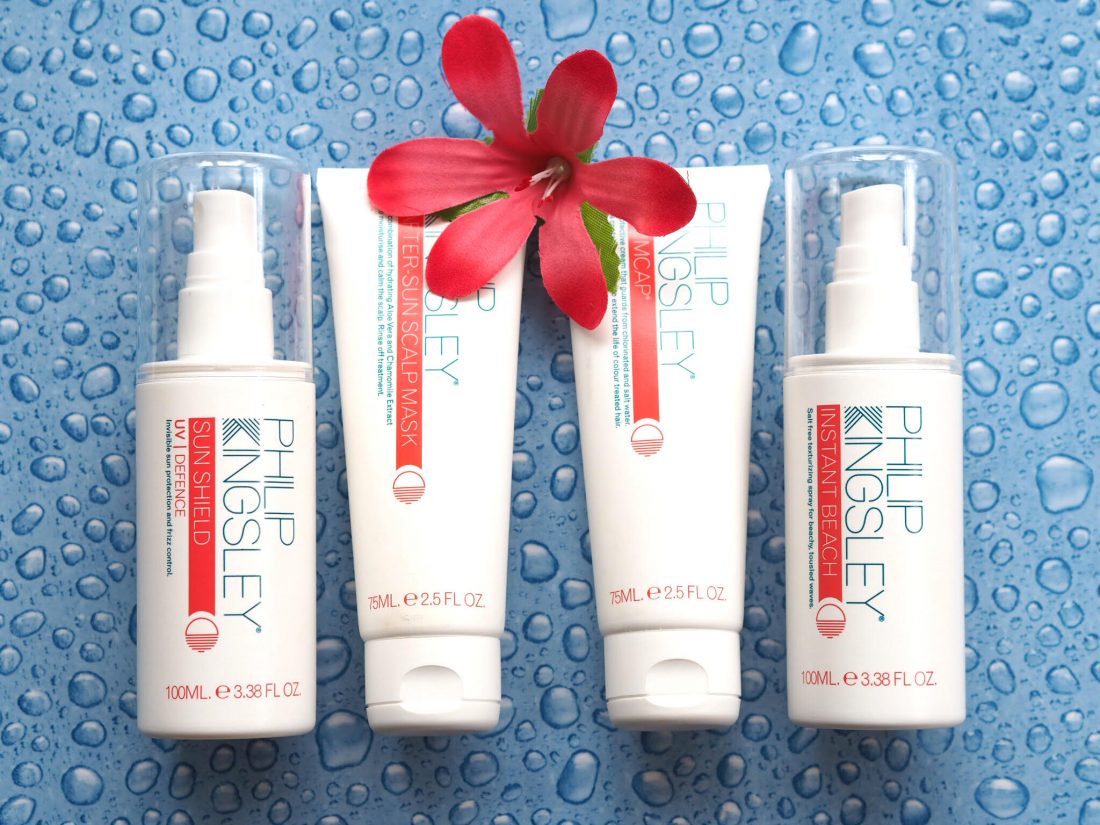 I’ve known this brand for such a long time now because Elasticizer is a permanent bathroom fixture – I can actually remember when it first launched as a buyable product rather than just a treatment.  There was such a buzz around it – every beauty editor fell in love with it and it was rumoured that the Elasticizer treatment was secretly taken by every model that had a hair shoot the next day. There hadn’t previously been an at-home treatment that I can think of that did the same – conditioned your locks to a glossy swish without having to visit a salon. To this day it’s a best seller for the Philip Kingsley range (Coconut Breeze limited edition shown above).

But it’s not all about Elasticizer. Philip was a pioneering trichologist (he died last year with the helm being taken up by his daughter, also a noted trichologist) who believed that treating the scalp was key to healthy hair. He helped so many people – forget about the supermodels – women and men affected by a multitude of hair issues from thinning and loss to badly damaged, and gave people back their confidence. It’s well worth reading his story HERE.

And, because we all love a stat, I have some right here that shows holiday hair damage really isn’t a myth. From a study of 2000 women, the top three holiday red alerts that they reported as causing their hair damage are: Sunshine (26%), Chlorine (25% and Sea Salt Water (18%). Everything you see in the Summer Solutions Collection comes from a place of knowledge, not a place of marketing. It’s not clever words, it’s clever formulations built to minimize holiday horrors.

Let’s take Sun Shield as a good example – lots of people don’t know that you can burn your hair in the sun from the cuticle all the way to the inner core (68% of the 2000 women didn’t know this).  So, if you know you’re heading for a beachy holiday where your hair will be continuously exposed (although I think I can hear Philip saying ‘wear a hat or a scarf!’) it makes sense to protect it with the same care that you’d shield your skin. It works by giving protection against UV rays, salt water and chlorine. Someone once told me you should treat your hair with the same love and care you would treat a silk dress. I don’t always, but I have never forgotten those words. It’s £22.

Swimcap is another famous Philip creation – it was originally invented for the US Olympic synchronized swimming team (true story!) and is still widely used amongst professional swimmers. It literally acts as a conditioning and protective coating to shield your hair against not only chlorine damage but salt water damage and some UV protection thrown in. You probably don’t need it if you’re like me and just look at the pool or the sea without actually going to the bother of getting in, but if you do like a front crawl at high tide, it’s for you! Texture wise, you will feel it there – it’s a proper protective coating that feels like a deep conditioning mask on your hair so if you’re surfing, sailing or swimming you will certainly notice the difference in hair condition after you’ve washed it away. It’s £15.

Moving on to Instant Beach – I have a bit of a fear that my holiday hair may not look as though I’ve gone through a wave, but more a hedge. However, that’s largely because most ‘wave’ sprays use salt to give hair its naturally tousled appearance – and yes, it does make it feel crispy! Instant Beach is made without salt and instead, elastin and wheatgerm oil are used for loose and softened waves. In my hair, it gives it a textured feel that’s enough to do some tously-type scrunching with no sandpaper feel, but there is body and boost so it’s ideal for a just out of the shower hair, naturally dried hair look. It’s £22.

Finally, the After-Sun Scalp Mask Because the roots of this brand (pardon the pun) are so much about scalp health and care, a blend of aloe vera and chamomile are exactly the right things for sore and over-heated scalps. The best thing about it is that you can use it all year round to keep a tender and dry scalp comfortable and hydrated. In feel, it is the most gentle and cooling thing I’ve ever had on my head – it’s light and whippy and you can feel the heat leaving your scalp straight away. I’d easily advise this for all year round if you have a tight scalp. It’s £17 and if you try one thing.. let it be this!

So, what I love about the Summer Solutions collection is that they really are problem solvers: nobody really wants rigid salty hair and nor do they want a sore scalp (something that doesn’t get discussed very much actually, but I know it’s quite a common issue). One of the most popular Google search terms is ‘damaged hair’ and while there are a hundred and one ways to ravage your locks, don’t let summer be one of them! You can find the range HERE.