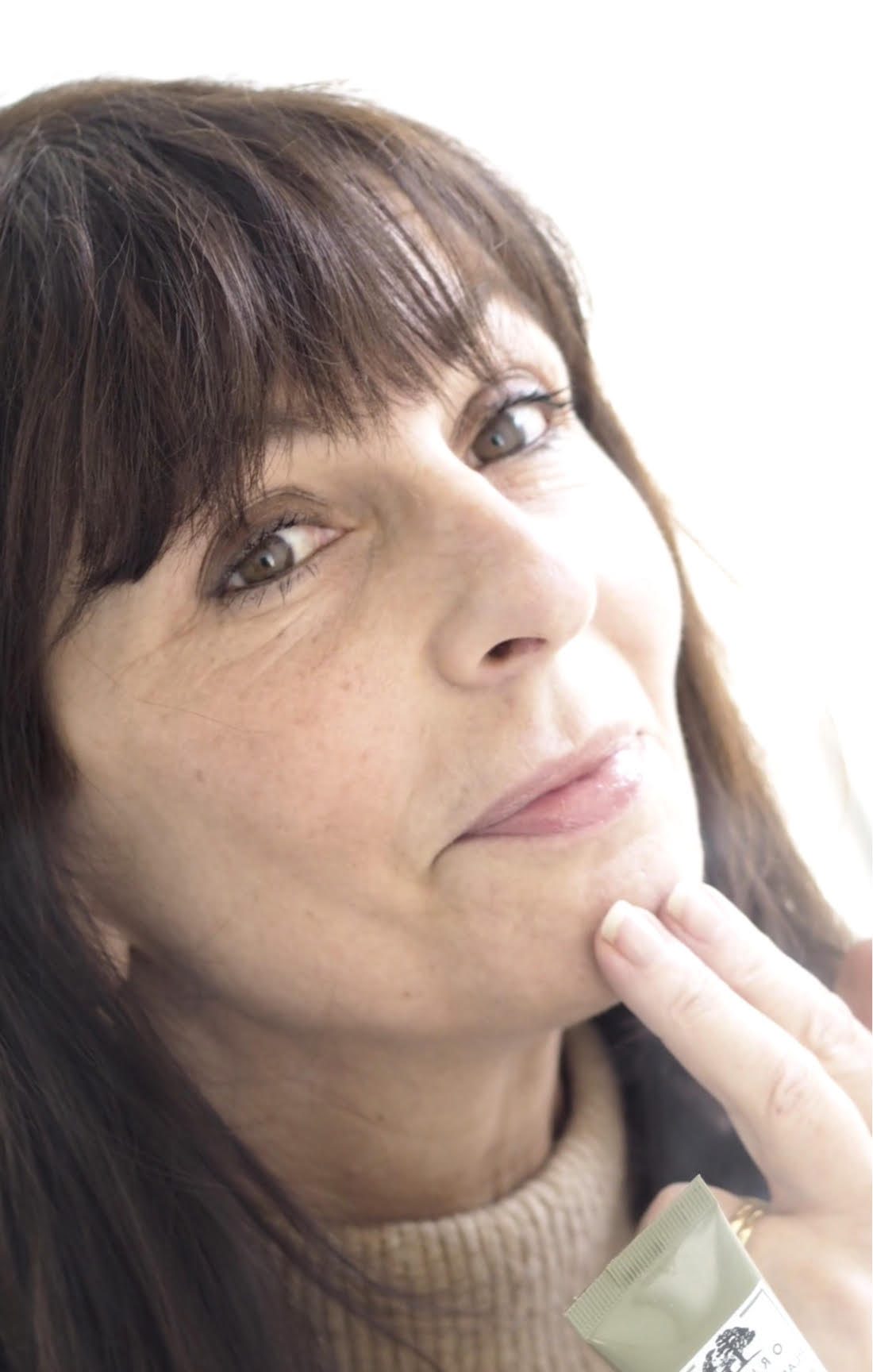 Despite having reported on retinol creams often, I’ve been waiting for the right one for me for some considerable time. I’m asked about retinol regularly and while I love peeling creams and potions, just hadn’t quite found ‘the one’ in the retinol category. 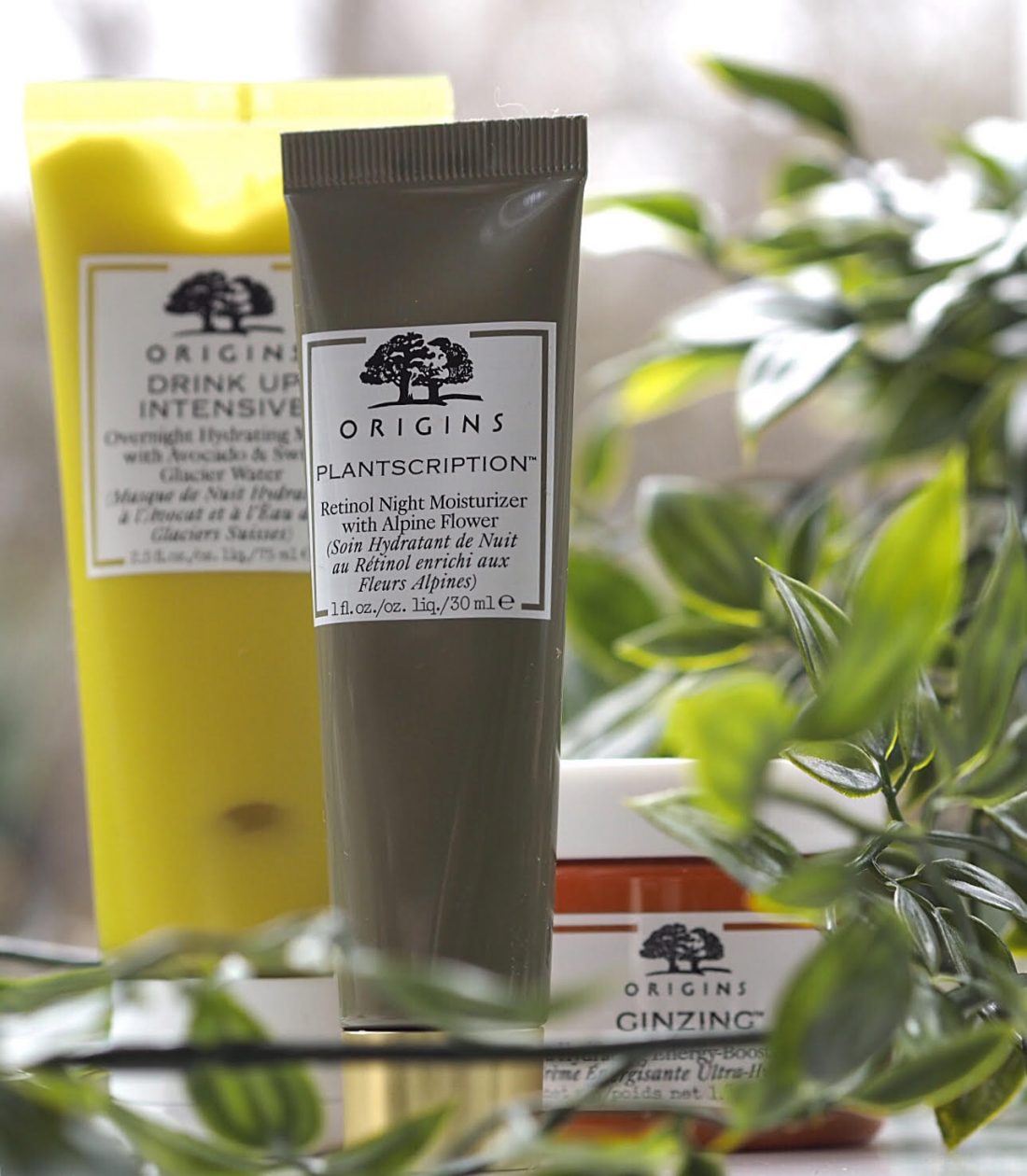 I met Lizz Starr, Executive Director of Global Product Development for Origins, who helped create their New
Plantscription Retinol Night Moisturizer. Lizz was gloriously honest about the product, exact about how it should be used and strict on how much to put on. At the same time, she was incredibly confident in and excited about the efficacy of it and just like that I was won over because her enthusiasm was so infectious. I’m sure I’m not alone in being excited at the thought of smoother, glowy and fresh looking skin. 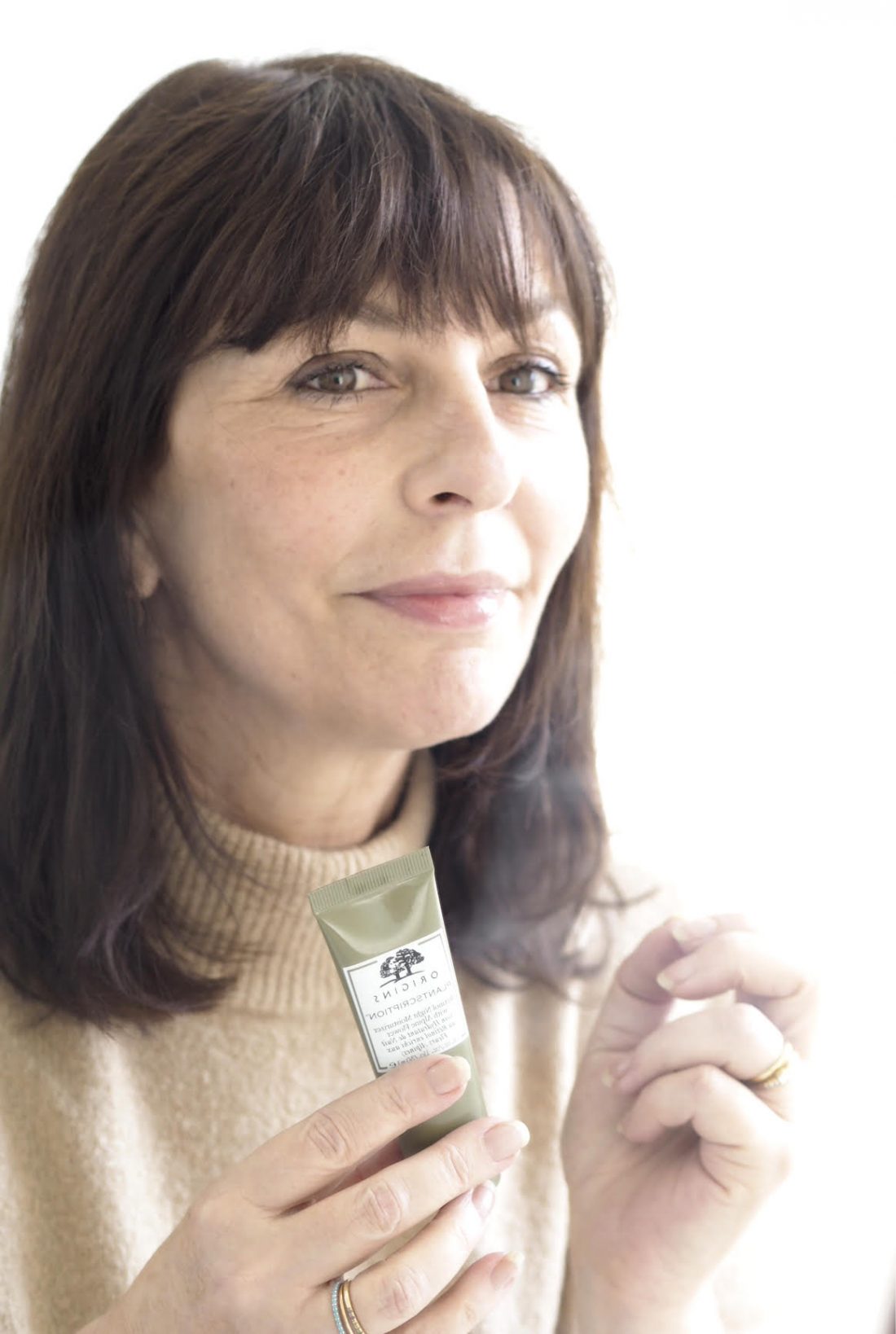 Retinol, a variant of Vitamin A, converts in the skin to retinoic acid which allows it to release reactions in skin cells. These very specific reactions include supporting skin’s natural collagen for stronger feeling skin and an increase in cell turnover. We all know what happens when those cells are put on the run – all the older ones disappear to leave fresh, new ones in their place. I began by using a pea-sized amount of Plantscription Retinol Night Moisturizer and honestly expected to peel. I was cautious at first, using it three times a week in the first week, every other night at week two and by week three, every night. At that stage, I could honestly say that I did not obviously
shed, redden or experience any dryness other than very mildly on my nose. Origins has a recommended plan for
integrating retinol into your routine that includes using an SPF day cream. I’ve swapped in and out with other products but Plantscription SPF25 Anti-Aging Oil Free Cream has worked beautifully at maintaining hydration. 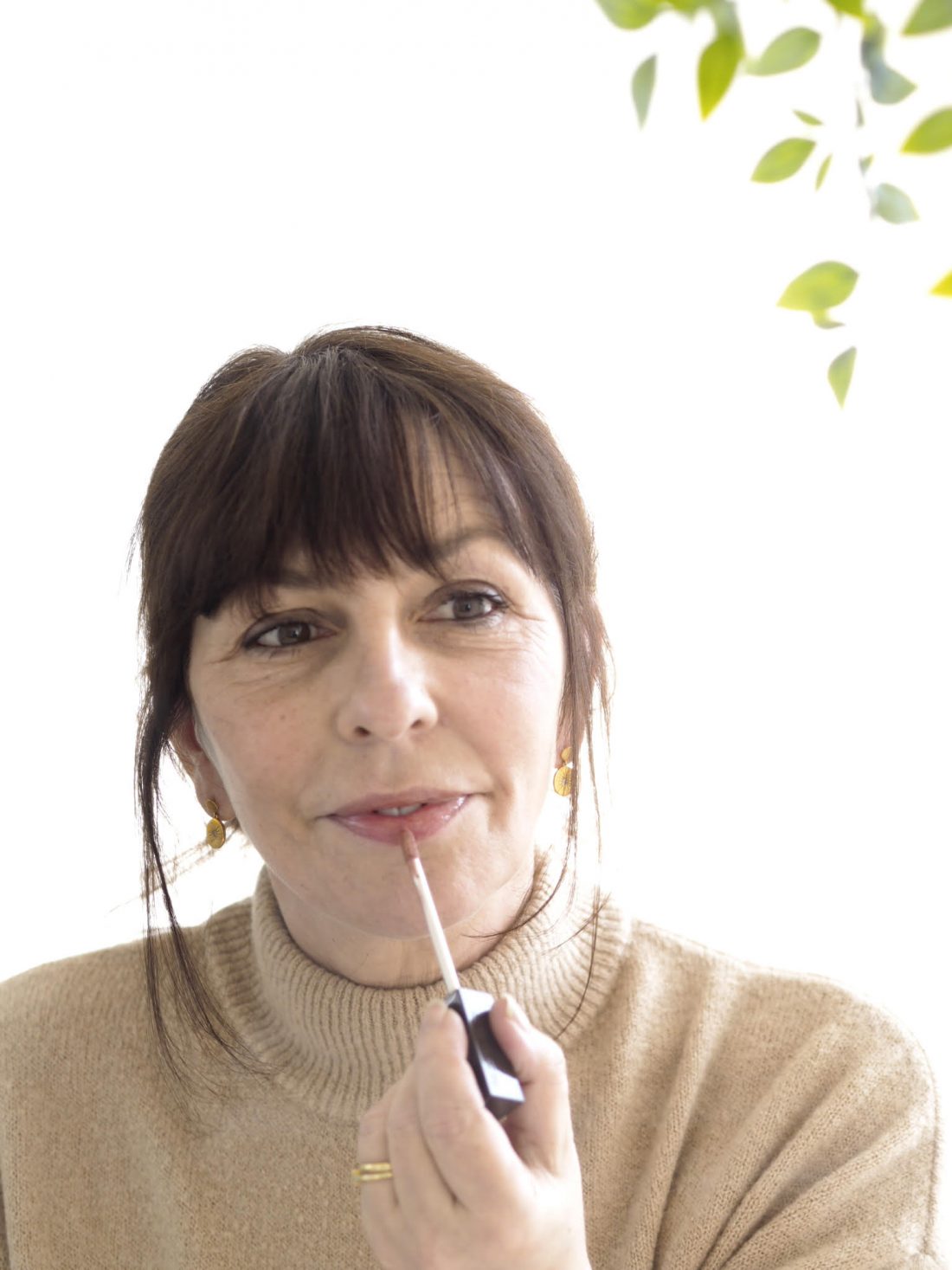 The mark of a successful Retinol product is what is used to counteract the potential retinol reactions – in Plantscription Retinol Night Moisturizer, Origins use a combination of advanced hydrators with the possibly unlikely allies of Alpine Flowers and Anogeissus (an African tree bark). Alpine flower extracts help support’s natural collagen, while Anogeissus has been shown to stimulate natural production of fibrillin – something that skin needs to stay firm. Ingredients such as parabens, phthalates, mineral oil and petroleum are left out of all Origins formulas, with more palatable ingredients being sourced sustainably and responsibly. 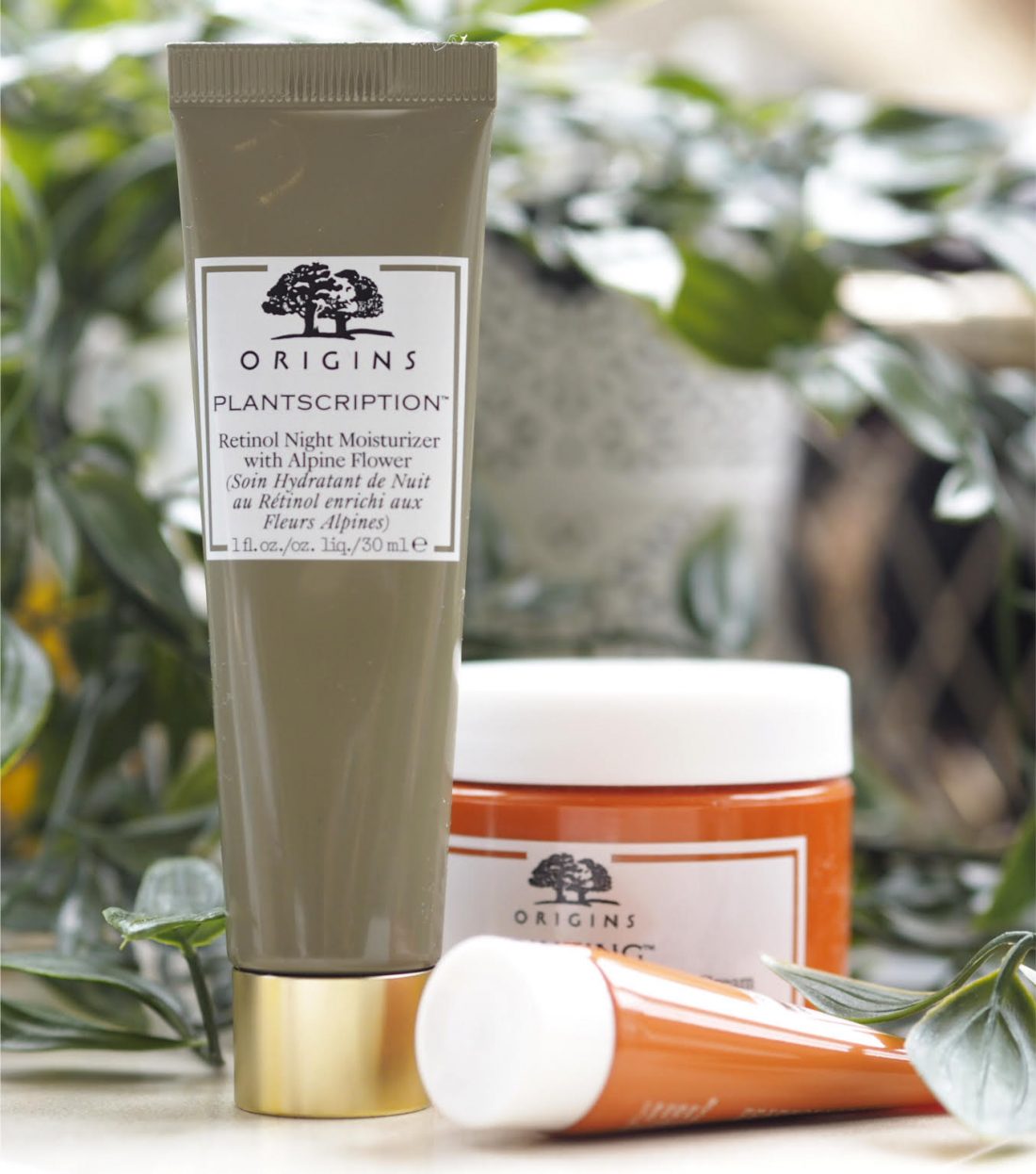 At week 3, my skin definitely started to ask what was going on! In that week, the nose flaking stopped and some redness on my cheeks took over so I made sure I applied serum before the retinol (which I should have done from the beginning and was told to but I went rogue…) which subdued the redness. I actually promised to trial Plantscription Retinol Night Moisturizer for two weeks but have taken it to over two months for a fuller and more accurate review. The results start at about the three week mark (or they did for me) and I can report that the thing I was most impressed with at that stage was the look of my pores. Definitely, without a doubt, looking much less obvious. The way I know for sure? Certain foundations that highlight every single pore on my face usually, didn’t. And the foundations haven’t changed. 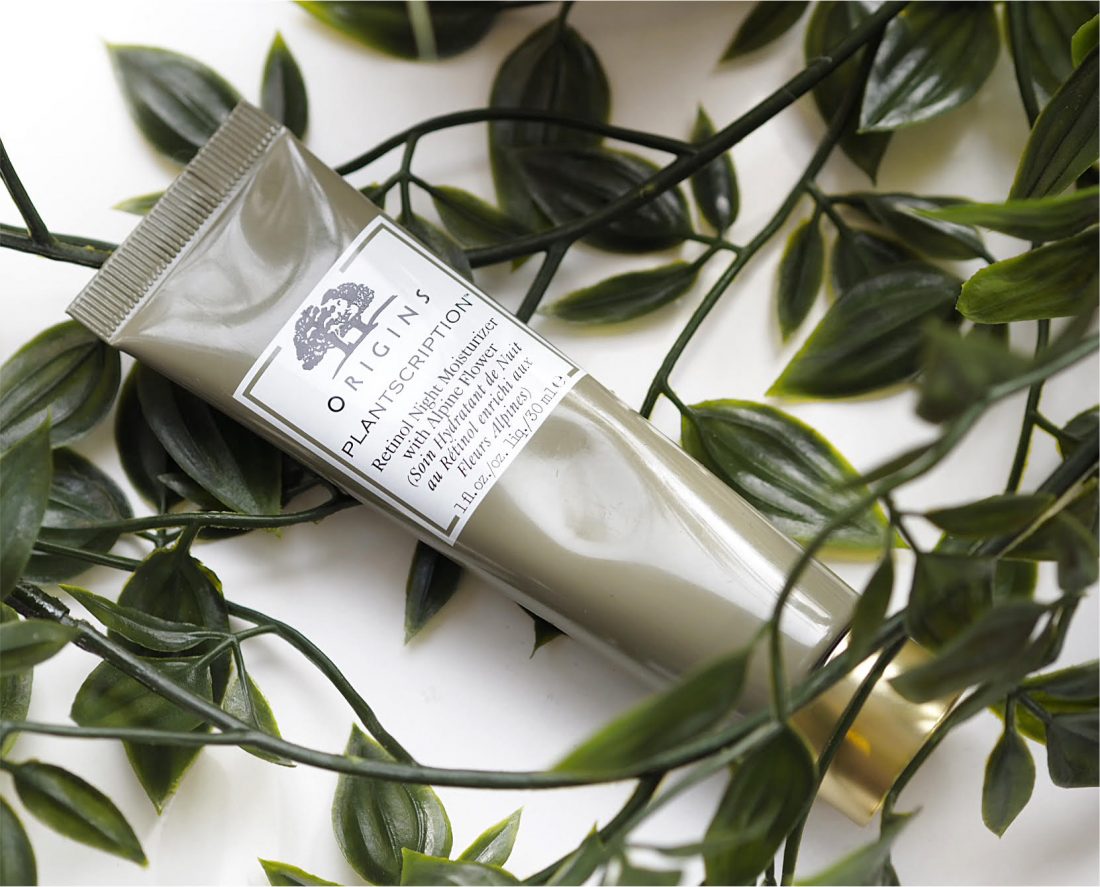 Week five however, is the game changer. I’ve been complimented on my complexion several times (outside of
beauty world where saying someone’s skin looks lovely is a mandatory greeting) and I really do feel that it has taken on a new, clearer, bouncier aspect that’s not dependent on make up to make it look glowy and smooth. The upshot here is that you need patience for this – trial and error is almost an inevitability. I’ve been rigorous about
sticking to the programme, ensuring I use SPF and plenty of moisturiser, and at last we seem to have an equitable
balance where my complexion definitely looks smoother, make up goes on to it more evenly and my pores are not as
visible as they were. Of that I’m certain. Plantscription Retinol Night Moisturizer, I believe, has helped my skin hold moisture for longer (retinol enhances moisture levels once you have adjusted to it) and my skin creasing looks more evened out in certain places. It’s enough to convince me to complete the whole tube, and yes, inevitably, stock up on another. When a skin adventure is this good, you don’t want to call time on it!

Plantscription Retinol Night Moisturizer is £49 HERE and I’d estimate that I’ve used about half a tube. I have a code for BBB readers to receive 15% off at checkout – use JANE15. *Pictures are taken without foundation (a dot of under-eye concealer) and no filter other than a small amount of contrast in natural light (in my bathroom!).