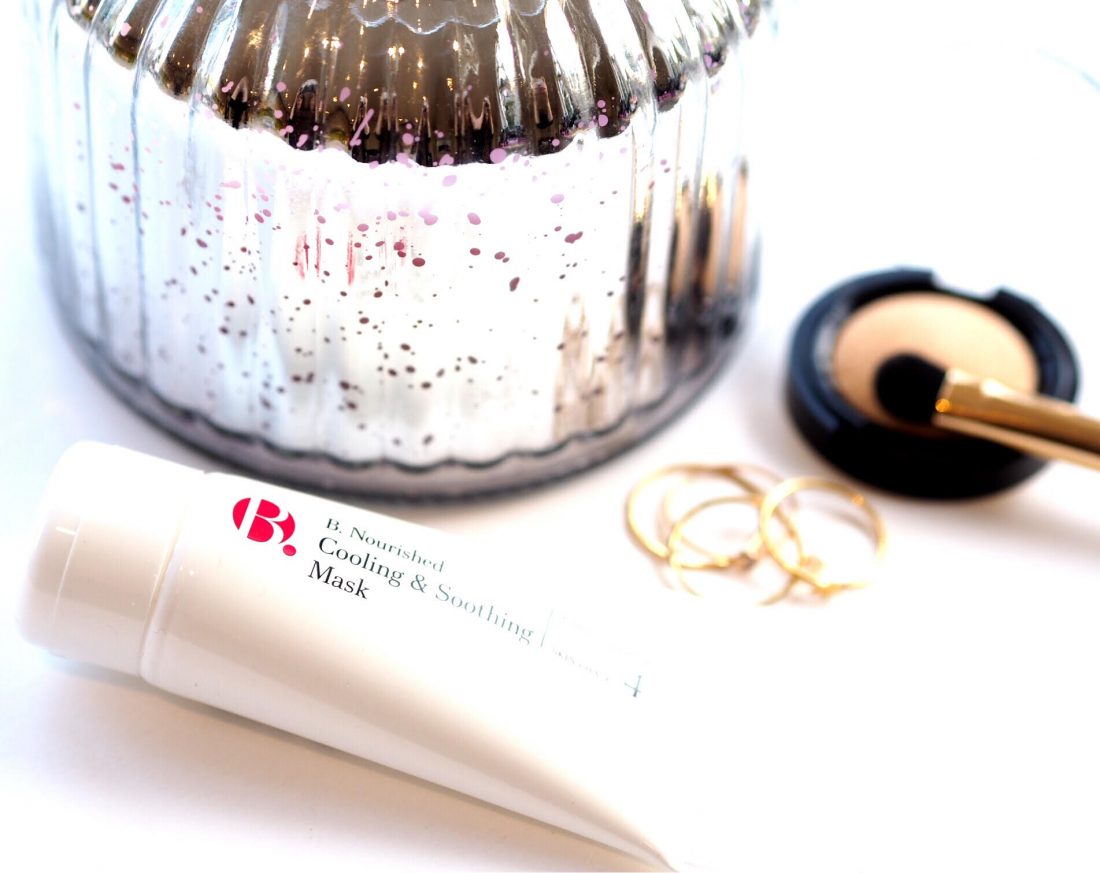 Ever notice how some brands will go all round the houses to avoid mentioning the word ‘menopause’? I’m pleased to say that B Nourished Cooling & Soothing Mask not only doesn’t shy away but slaps it right on the box – ‘For Menopausal Skin’. It’s a natural occurrence for every woman and nobody gets to avoid it so let’s just tackle it head on and stop shrouding it in terms such as ‘hormonally dry’ and so on.

As we know, some women breeze through the menopause and for others, it’s just downright awful. Luck of the draw, I think. Skin is one of the areas that can take a bit of a battering from decreasing levels of oestrogen, leaving it dry, tender or even for it to suddenly behave like it’s sixteen again.

The one thing that nobody seems to avoid is hot flushing, especially if you aren’t taking HRT, although again, severity is variable.  Anyone who has ever had a sixty gallon night sweat will know what I’m talking about when I say that hot, blotchy skin is uncomfortable to say the least.

Comfort is what the B Nourished Cooling & Soothing Mask is all about – putting some cooling hydrating on hot and annoyed skin while damping down shine and redness. We all know that if you continue to use moisturiser on your skin you will get a plumped look from the hydration but add in some hyaluronic acid (a key ingredient in the mask) and you will get an elevation in smoothness and suppleness. The mask also contains Witch Hazel to deal with shine. It sits in the B. Skin Phase 4 range which is specifically for older skin. When I tried this out, there was a noticable cooling effect – if you have a fan, switch that on too and it’s extra chilly!

You can use it day or night – or both. Personally, I’d advise using it post flush, when the sweat has gone but the hot and flustered feeling remains: that’s when you’ll really feel that there is a product that understands what you need! The milky gel texture really does make skin feel cooler and calmer. You can find it for £8.99 HERE.