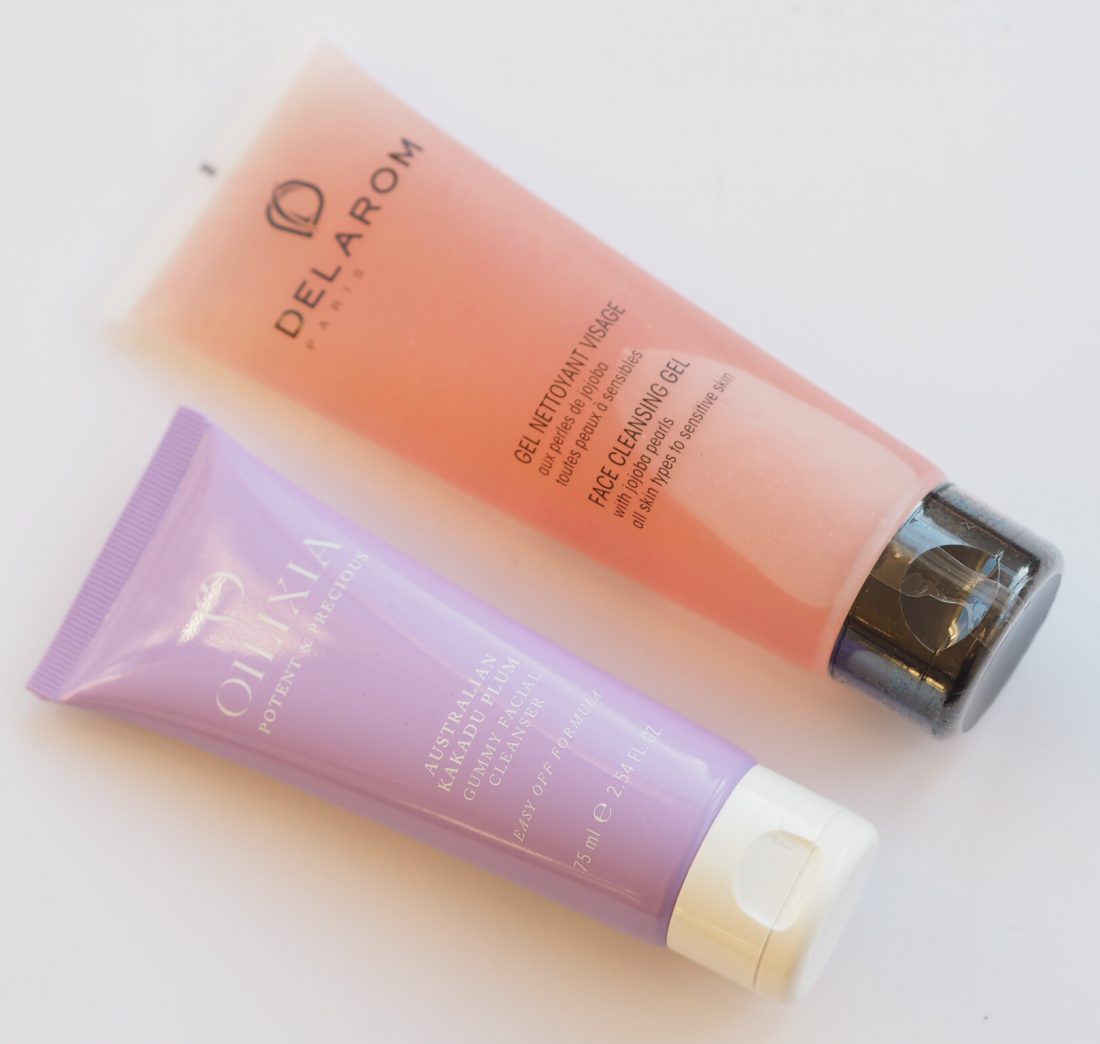 Over the break, I’ve been testing lots of new products – the lilac one is Oilixia Gummy Facial Cleanser, and the second, peachy one is Delarom Face Cleansing Gel. One – Gummy – is more adventurous than the other but I liked them both for different reasons.

Firstly, Oilixia Gummy Facial Cleanser – the clue is in the name, this stuff is sticky! It’s a bit like putting honey on your face, so you need to have your hair well swept back because it’s not compatible with loose strands. It’s actually from Australia – because of the ‘gummy’ aspect, I was convinced it was Korean because that’s so the sort of thing you’d expect from there. The point of the formula turning tacky is to better grip any dirt.. I’m not sure I’m convinced by that particularly but it’s certainly different and a fun formula that turns milky as soon as its in contact with water. I had a perfectly good cleanse with this, so there’s nothing to complain about if you want something unusual and effective. It contains Kaduku Plum which can brighten skin, but cleansers are on your face so little time that any claims can only be considered part of the bigger picture in your skin care routine. It’s £24 HERE.

The cleansing gel from Delarom is apparently suitable for sensitive skin – it certainly felt very gentle although it has a light fragrance to it because the range is based around aromacology. It also contains jojoba beads which I’m not sure really brought anything to the party but my skin felt perfectly clean after using it. What’s very interesting about this brand is that it’s founded by the same (French) family that owned Decleor and Darphin, so it’s one to watch. Although I requested to try a cleanser from the range, I’m not sure I’ve seen the best of it from this one experience (I have some other bits and pieces to try) and I’m looking forward to trying more. Delarom doesn’t use parabens, phenoxyethanol, mineral oils, silicone or animal origin products. As you go further up the skin care ladder with Delarom and on to moisturisers and so on, it does get rather expensive (£50+) but I think it’s well worth taking a look at (HERE). The cleanser is £18.50.