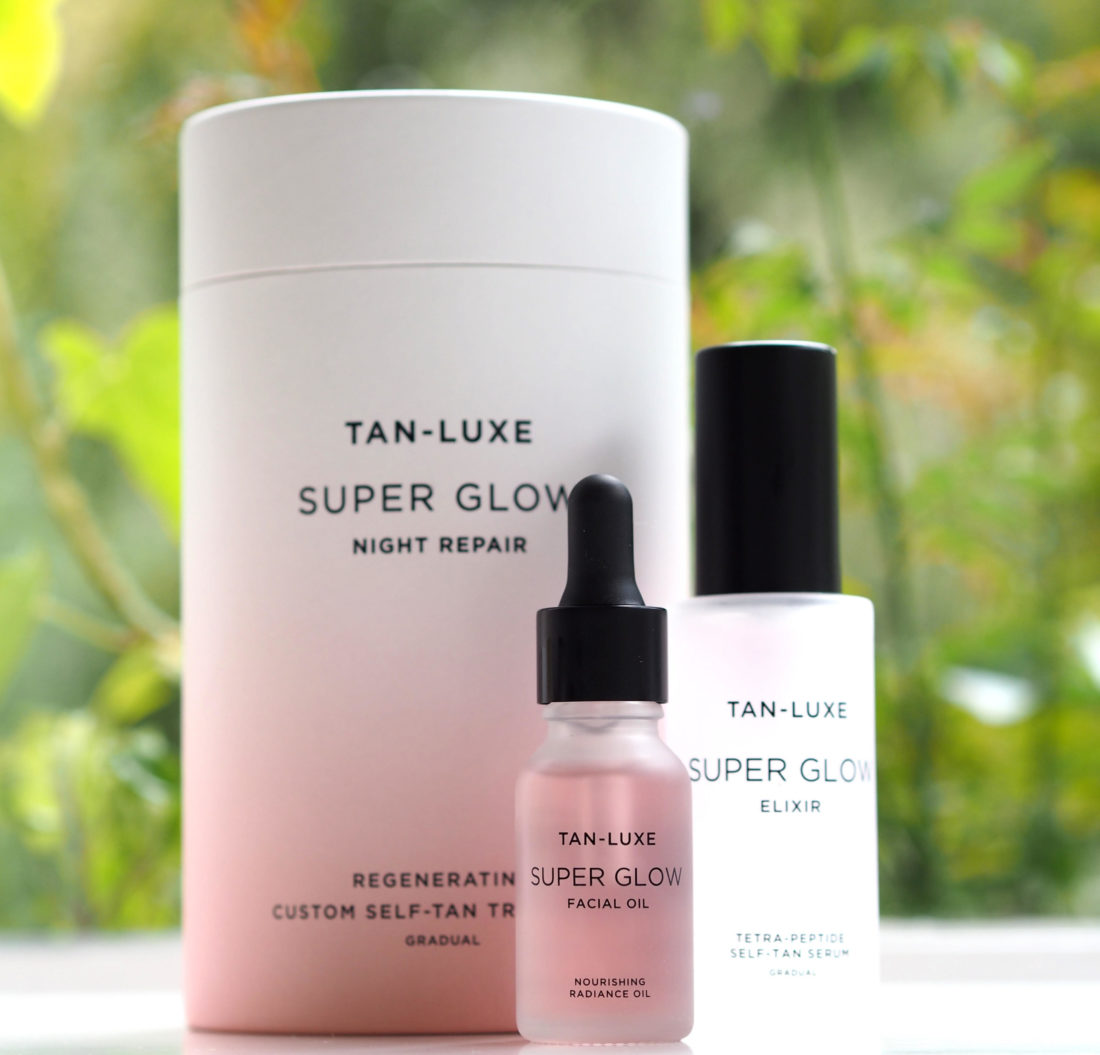 [unpaid/sample/affiliate/ad] So far, there’s nothing I’ve had from this brand that I haven’t loved, so I was really keen to try this duo, intended for night time use. I think the Super Glow Elixir is more lightweight in terms of tanning than the Super Glow Hyaluronic Self Tan Treatment, so personally, I’d use this as an addition rather than instead-of, so that it can do some work overnight to boost what I’ve used in the day.

It comes alongside, and is intended for use with, the Super Glow Facial Oil which contains some beautiful ingredients such as grapeseed, amaranth, calendula and Abyssinian oils. It doesn’t feel the same as your ‘usual’ facial oil – it’s quite light with plenty of slip for massaging into the skin.

The idea is to mix them together but I used the Elixir first and then the oil which I don’t suppose matters but I did use a bit too much the first time and had to pat it off. So, that’s my first tip – to be sparing with the oil! The thing about gradual tanning for the face is that it is so much more reliable than any immediate tan – there’s no OMG moment when you realise that you’ve used far too much or you had a cry forgetting it was on and now have lines down your cheeks. It just doesn’t happen. I think I prefer the standard Hyaluronic Serum (£35 HERE) and I’ve written about it several times now. Really, it’s just the right amount of ‘sunshine’ on my skin so that I look glowy rather than super tanned. I remember when self tan was so rubbish – everyone went a bit yellow rather than bronzed – and even later on, when technology developed more it was always a bit too extreme with no room for error.

The bottom line here is that if you already have the standard serum, you probably don’t need this duo but I quite like the resulting soft skin and little hydration boost over night as well as a light tan top up. That morning mirror was happier than usual today! The duo is £39 HERE, non affiliate HERE.