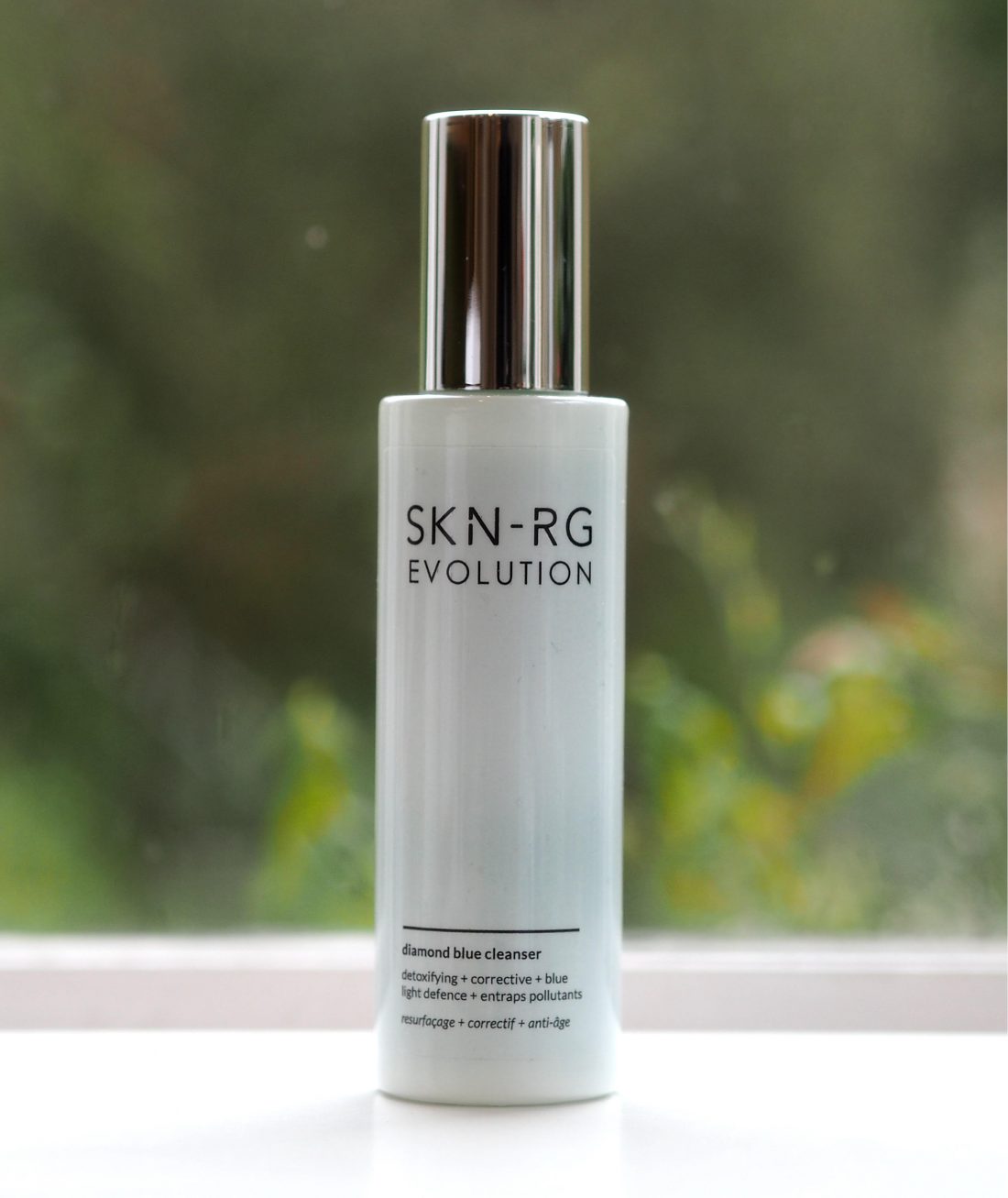 [unpaid/sample] I’ve had this Diamond Blue Cleanser to test since before lock down – you can tell by the weather in the background and haven’t featured because it was out of stock for ages. But on the plus, it’s given me a long time to try it on and off so here we go, at last!

Diamond Blue refers to a specific plankton known for its ability to hoover up pollution and it forms a part of this daily wash off cleanser. Blue light is one of those conundrums that people fall one of two ways with – you either accept that blue light, from computers and phones for example, has a detrimental effect on your skin, OR you think it doesn’t. Even the scientists don’t fully agree. For me, it’s not a major concern – I’d set my stall any day of the week by an SPF for UV and worry about blue light another day. I tend not to wear an SPF indoors or for incidental sun (i.e. popping in and out of the house) but do for more major exposure.

However, I am very much invested in the idea of clearing pollution off my face at the end of the day. You only need to wash your hair after a day in London to see the murky water at rinsing stage to know that all kinds of invisible things cling to you when you’re out and about. There’s an enzymatic element to this cleanser, which means your skin will feel softer (thank you cell eating enzymes) for using it, and there’s a gentle antibacterial action provided from soapberry. Silky texture is provided by hyaluronic acid. Actually, this is a nice summer wash-off cleanser for the relieving shower at the end of the day when sweat has been your enemy without stripping your complexion. It’s not something I thought of at the time of receiving (it was still chilly!) but now I see its use for post perspiration! It’s £29 which I feel is a bit steep but if you like a freshening cleanse that feels lovely on the skin, it’s HERE.