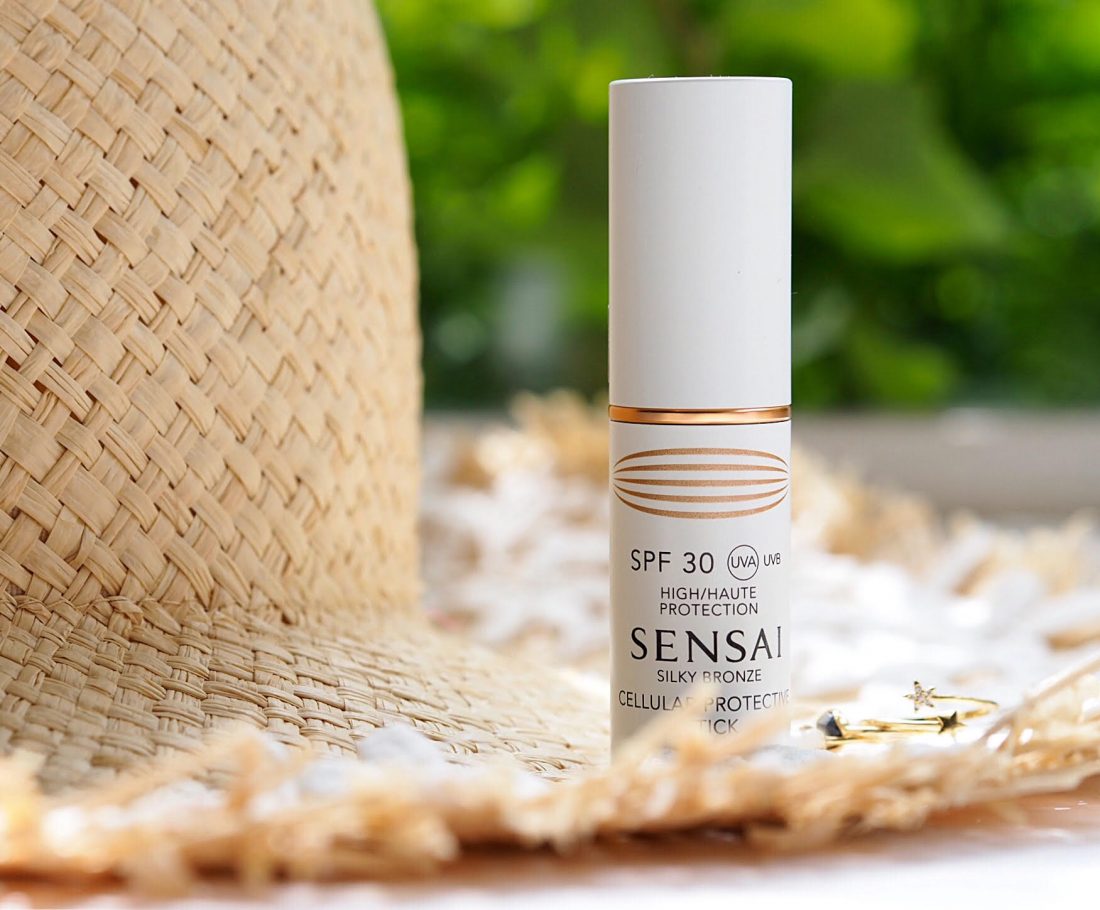 Despite using high SPF while I’ve been away, I do pick up a tan no matter what. I’m always trying to juggle appropriate SPF with getting Vitamin D which is so vital to bone health and other functions in the body. Usually, when I walk Honey in the park each morning (early) I won’t wear an SPF other than on my face, neck and hands so I get at least a half an hour of direct sun. That’s the theory, anyway. But I do quite regularly forget to do my hands and neck (I use bareMinerals Complexion Rescue which has built in SPF on my face) especially since one of my children ‘borrowed’ my Clinique City Block and I’ve never seen it again.

As a buffer to forgetfulness, I keep this Sensai Stick in the bag I take walking and now I’ve bought another one for my handbag. I swear that my hands look much better since I’ve been using it – smoother and less dry – because while it is giving protection, it’s also acting as a very effective nourishing and moisturising cream. Which so it should because at £41 a pop, it’s not exactly purse friendly. I don’t need to point out that it’s super portable, and you can also use it on ears, lips, noses – wherever you think you need a quick dab. It’s water resistant so good for running when you might sweat (or run through a river – who knows!). It’s right at the top end (above, really) of what I’d be prepared to splash out on a stick to be honest, but it’s just better than anything else in the same vein that I’ve used before. Don’t curse me but it’s also quite hard to track down – at the last look, Harrods only had one left HERE.