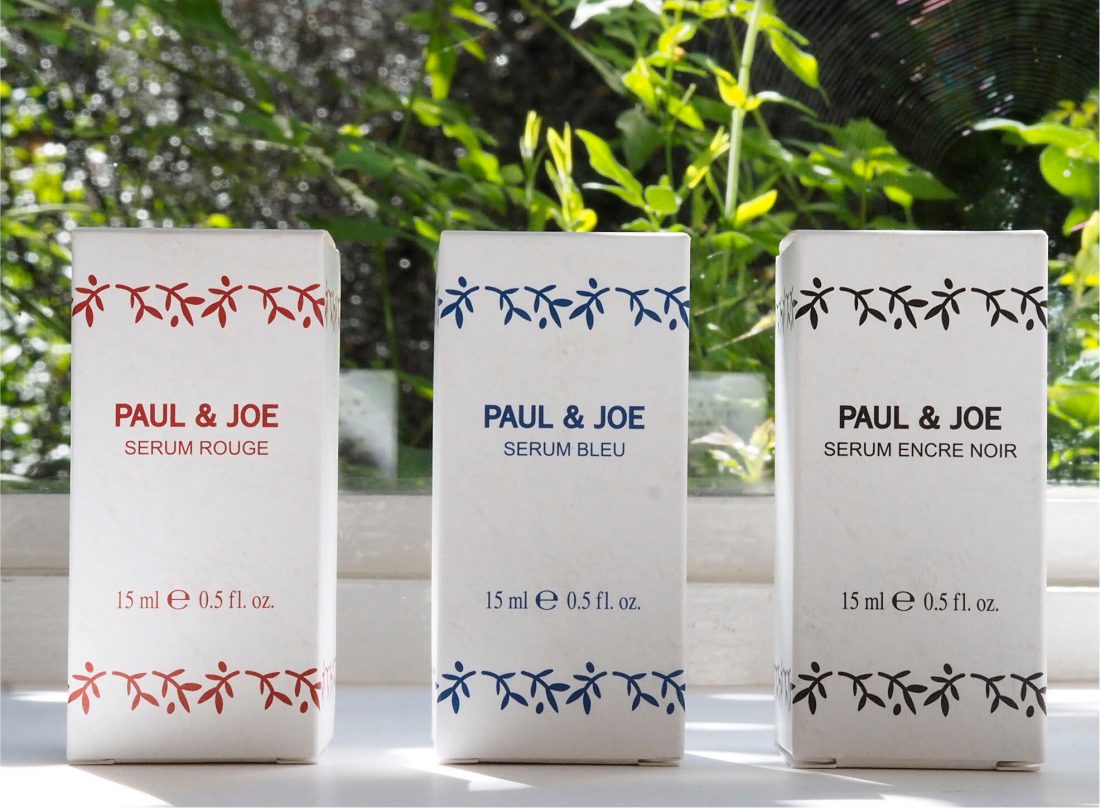 I get very easily side-tracked by Paul & Joe make up to the extent that I forget about their skin care. By chance, I’ve been using the P&J body oil recently (usually I don’t bother but I’ve had some sun and my skin needed something extra) and am so impressed with it. It’s not exactly visually stunning but it’s an exceptionally lovely oil and I only picked it up because it was the first thing that came to hand. That experience has made me have a bit more interest in Paul & Joe skin care rather than just ogling cats and pretty patterns!

The Paul & Joe skin care philosophy is based on simplicity – so they advocate only using an oil and a lotion – but I guess they realised that optional extras are necessary. These three serums (which, full disclosure, I haven’t tried yet other than nominally) each have a purpose. Red is for rehydration, Blue is for smoothing and Black is for firming. They’re only slightly tinted inside the bottles – most of the colour is the bottle, not the serums. I do need to tell you that the black serum uses squid ink so if you’re vegan, steer clear. In fact, although I’m not vegan I don’t think I’d go anywhere near this one because it also contains mussel extract and that’s a bit much for me. It’s safer ground with the blue which has prune and pear extracts (but also silk, so again, not vegan), and complete happiness with red as it contains wine, tomato and raspberry. They’re all in a base of olive oil which is lovely quality.

I’m not sure what you’ll make of these – don’t forget, it’s a Japanese made range, so there are ingredients that won’t sit as well with us as they probably would in their original country. They don’t launch til October and they’ll cost £27.