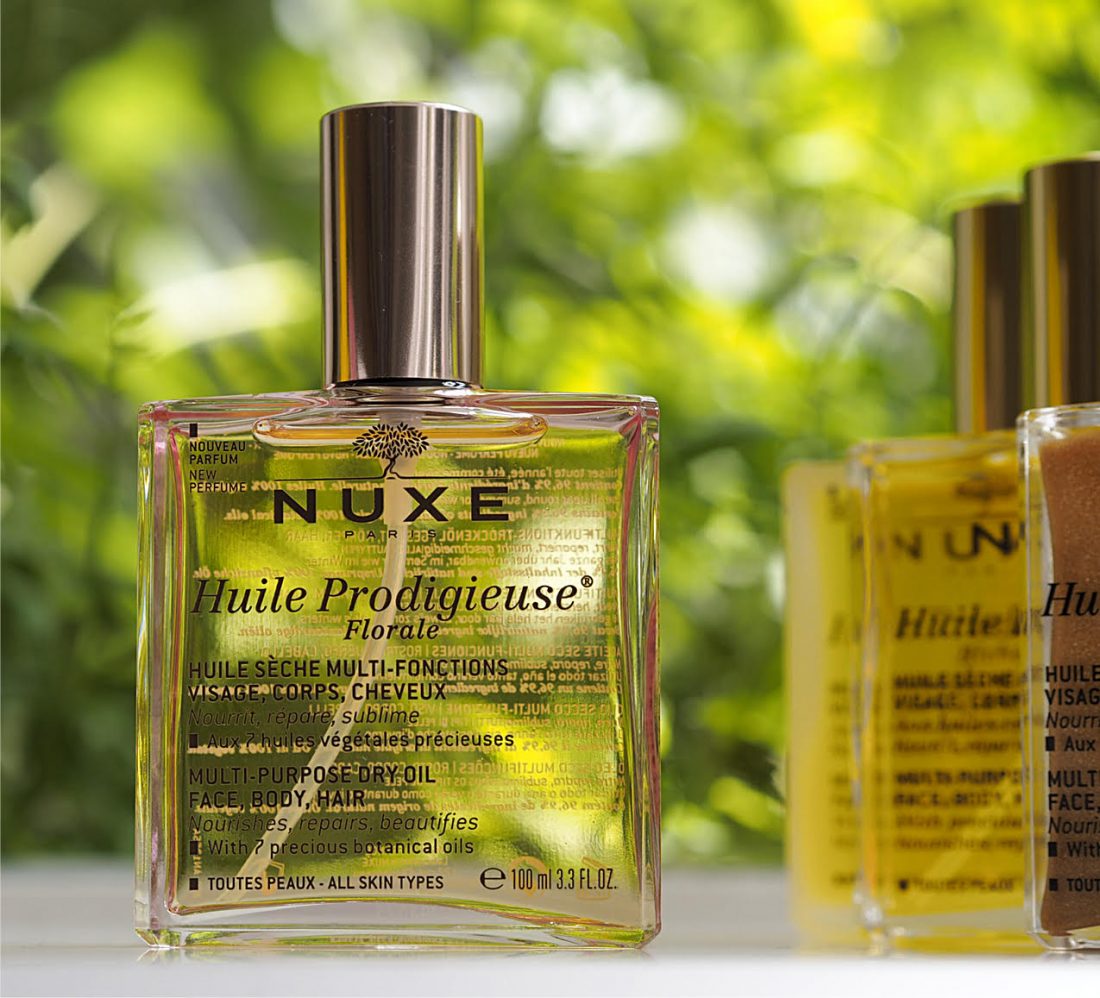 [productsample/affiliatelink] If anyone cares to cast their mind back to the days before Instagram/Pinterest/Snapchat/IGTV et al when blogging was the only way that consumers could get a bare facts, honest review about a product, Nuxe never, that I saw, had a bad one. The brand was founded in 1989 by Aliza Jabes in France but it transitioned here so beautifully as an example of exemplary body care that remained relatively affordable.

The newest version, Nuxe Huile Prodigieuse Florale, joins the line-up as a delicately scented dry oil, infused with notes of grapefruit and orange blossom. The zest hit first for me, followed by the floral notes of orange blossom and magnolia. It’s delicately scented – as you’d expect, because everything about Nuxe is pared back to ‘just so’ – making the experience of nourishing your skin less about functionality and more about indulgence.

Nuxe Huile Prodigieuse Florale doesn’t replace the first three – sensitive, all skin and shimmering – but just adds an extra dimension to the line-up. If you haven’t used Nuxe Huile before, it’s a dry oil format using very light oil that doesn’t weigh on your skin but doesn’t skimp on hydration either. I guess a dry oil translates to a body moisturiser that you can put your clothes on moments after applying as opposed to a full on body oil that means you can’t get dressed in the imminent future!

Naturally, it’s a botanical oil blend with sweet almond, hazelnut and macadamia with a dash of St John’s wort, borage and camellia. You can use it on face, body and hair (although personally, I’d avoid using the fragrance variant on my face) but I think it does best on body skin that needs pampering and hydrating. It’s nice, actually, if you’ve been out in the sun because it gives a gentle but succulent sheen to the skin that looks gorgeous. Nuxe Huile Prodigieuse Florale is the gentle scent of summer – it’s a holiday-ish smell that sits so well on the skin and is both exotic and familiar. Its nicely priced at Escentual at £19.66 HERE instead of £29.50 because they’re running a promotion for July.