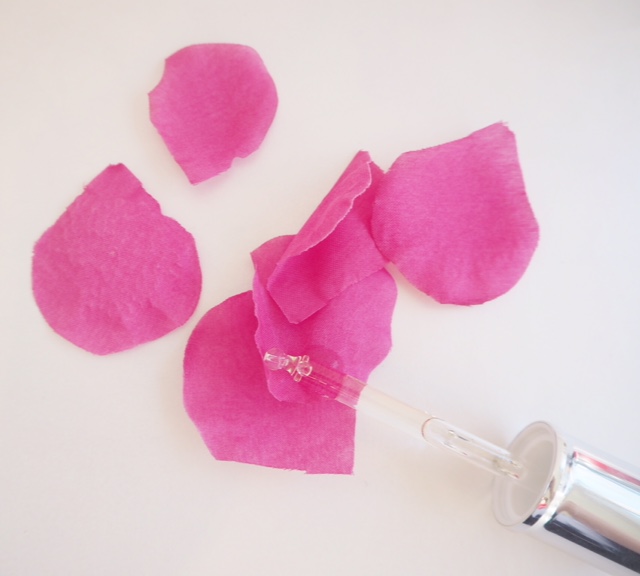 This is one of the lightest oils I’ve come across – it’s almost an oil-serum feel with none of the associated heaviness that thicker oils can have. Don’t get me wrong, I will happily slather on an oil and don’t mind one way or another about the texture, but this one is notably light. The lightness is partially because it’s for younger skin than mine that doesn’t need any weight. It’s a very good oil ‘beginning’ in a skin care routine I think because it has all of the slip and tactile pleasure of a skin oil but won’t overdo it.

Knowing that it’s not for my skin, I’ve given this only a once around on my face and found it left my complexion feeling silky and soft – in the longer term, but Melvita says that it contains NeoLastin that down-regulates progerin. Let me explain! Progerin is a protein that appears in skin – it’s a protein that has had a great deal of research done on it in recent years because of its ability to work against skin in terms of how it looks (i.e creases and ageing). You may know of the disease, Progeria, and it’s research into that that has lead to scientists knowing more about how it works. The first skin product I came across some years ago that used Progeria research, I didn’t feature. I felt uncomfortable that somehow research on the awful disease Progeria had found its way into beauty treatments when that money could be better spent on Progeria patients. However, things progress and become more mainstream so it’s not uncommon for the research to be used and products formulated on their findings. Whether, in truth, they truly visually impact on skin in a day to day product – I think the jury is still out despite any number of scientific papers. It’s a fact though that many beauty ingredients find their way into products because of medical research, but I still remember feeling uncomfortable about this particular commercial transfer.

The very bottom line of the Melvita Huile de Rose+ is that it claims to bring progerin levels down to a younger age and therefore you’ll carry on in the bloom of youth for longer – ahem! I know that lots of BBB readers like to do more indepth research on ingredients so I will direct you HERE.

Melvita Huile de Rose+ launches this month for £32 and I can tell you it feels beautiful, is delicately scented with the lightest of roses and I’m a huge fan of the Melvita range in general.