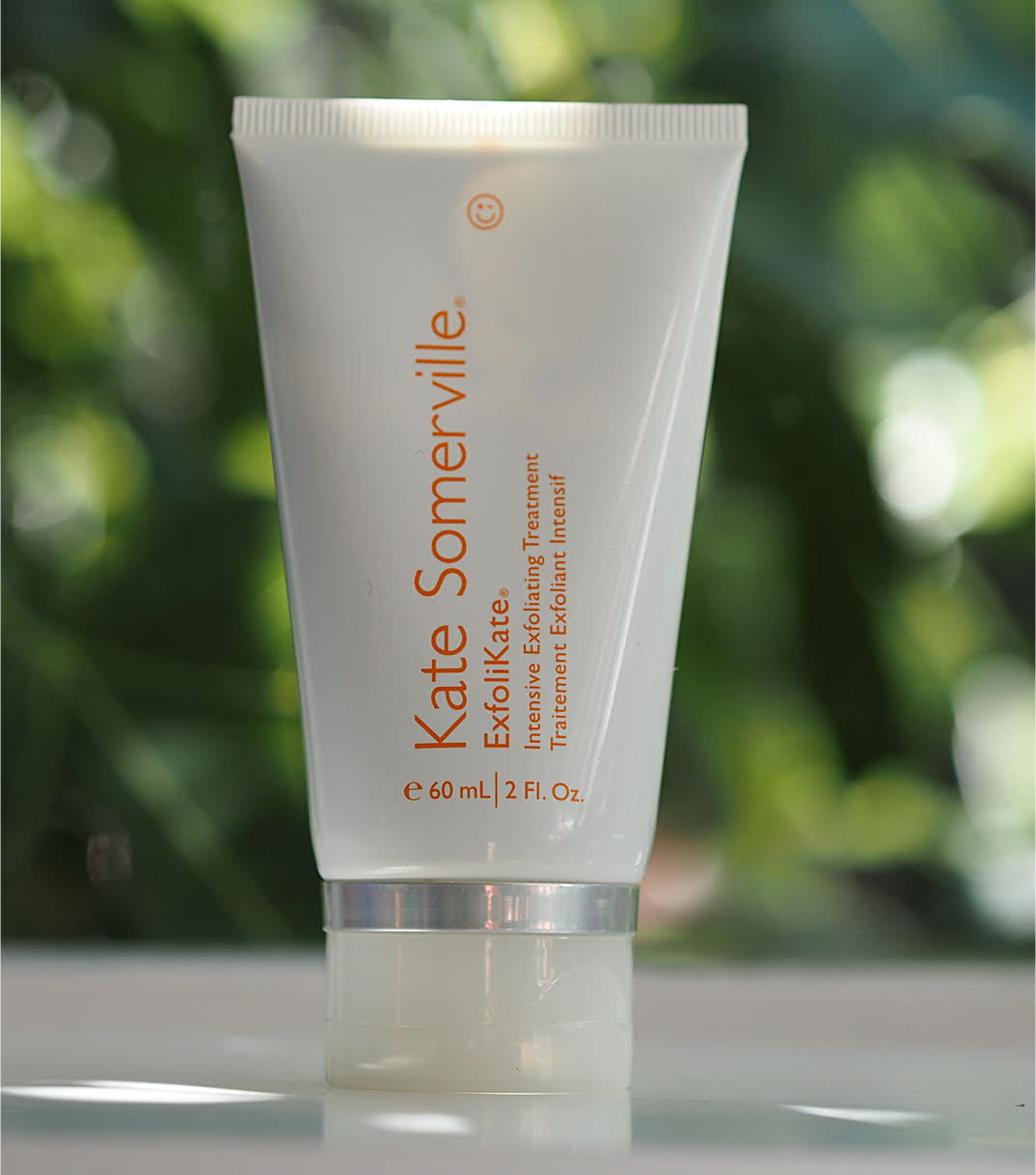 [sample/affiliate] I remember being in New York in 2008 and coming across Kate Somerville at a counter in one of the department stores – I forget which but it was probably Barneys. At the time, the sales consultant mentioned that the brand was coming to the UK, which is subsequently did, disappearing relatively quickly only to be bought later by Unilever and returned to these shores. I had a tube of Exfolikate that I was given a few months ago and hadn’t got around to using, but Thursday was a lacklustre skin day so I reacquainted myself with it.

I can, hand on heart, say it’s the best exfoliator I’ve ever used. The results, after a mere two minutes, were just sensational. The little dry flaky bits that often appear between my brows when I’ve been slapdash about moisturising were eradicated and my entire complexion, despite being slightly red, was glowing hard! I put on some serum straight afterwards and then some time later, foundation, and the very first thing the friend I was meeting said was, ‘your skin looks amazing!’. And it flipping well did!

I’ve got a few caveats. This stuff is strong – a combination of lactic acid, papaya, pineapple and pumpkin enzymes and salicylic acid set in an aloe vera, honey and vitamin mix is a powerful recipe for ensuring that dead skin is completely gone and if those munchers don’t get you, the silica physical exfoliant will.  It does sting a bit so if you’re sensitive, don’t even think about it, and you will have reddened skin for at least half an hour afterwards but I didn’t experience any drynesss. If you’re leaving the house in the sun straight after, it’s SPF50 and nothing less for you, but whatever product you put on afterwards – it sinks in like a dream. Don’t leave it on for more than the stated two minutes. The next warning is that it’s £72 for the tube you see (60ml) – I’m shocked actually although there is a 15ml for £21 HERE. That is just so much money for an AHA exfoliator but I can’t say it’s not effective because it truly, truly is. I should let you know that there is a gentler version HERE but I haven’t tried it so can’t do a direct comparion (it gets 4.5 star reviews, however).