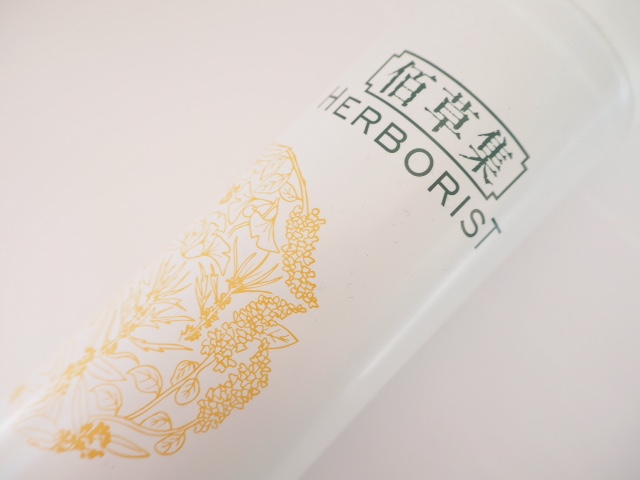 If other markets, such as France and Italy, are anything to go by, Herborist is a brand you are going to start hearing an awful lot about. Sephora in France can barely keep it in stock. Generally, I’m not really a fan of herbal skin care – especially those that come with woolly stuff such as ‘balance philosophy’. Which is not to denigrate other cultures, but I can’t necessarily relate it to a beauty cream.

However, there’s always an exception to every rule, and here we have it in Herborist. Founded in China in 2008, Herborist is already available across Europe and – obviously – China, so it’s been a long time coming to the UK. Without going into too much detail, or we’ll be here all day, traditional Chinese medicine uses herbs in denominations called The Monarch (the most concentrated herb), The Minister (strengthens the Monarch’s actions), The Guide (helps the Monarch and The Minister) and The Assistant (co-ordinates, like any good assistant should). When it’s laid out like this, it makes so much sense because you can see exactly why each ingredient has a reason to be there.

The main products, from my initial testing, to look out for are the T’Ai Chi Masks (above) based on Ying and Yang (£59.95 but not the little tubes shown.. a big pot) and the aforementioned After Sun Crackling Mousse. Now, this is off-the-scale amazing! If you’re on the Periscope App, I’ve just done a quick broadcast (which will disappear in 24 hours – find me on the app at Britishbeautyblogger) that really shows you properly how cool it is. I’ve seen cooling products before and I’ve seen crackling products before, but this is really something else. It has such a big crackling effect and leaves your skin icy cool, but what’s really different to other crackles is that it leaves behind almost a serum effect so your skin is absolutely peachy. Herborist After Sun Crackling Mousse contains chrystanthemum to prevent any stinging sensation of dry and damaged skin (sun-burn), wild chamomile for its softening and anti-inflammatory properties and Asiaticoside (derived from Gotu Kola) that helps to heal and stimulate collagen. I kind of don’t care what’s in it – the beauty curious will love it because so far, it’s like nothing else that exists.

The Herborist range is launching onto FeelUnique.com in a few week’s time. Oh, and there is also a discovery kit which might be best for a first try, but the Crackle isn’t in it.