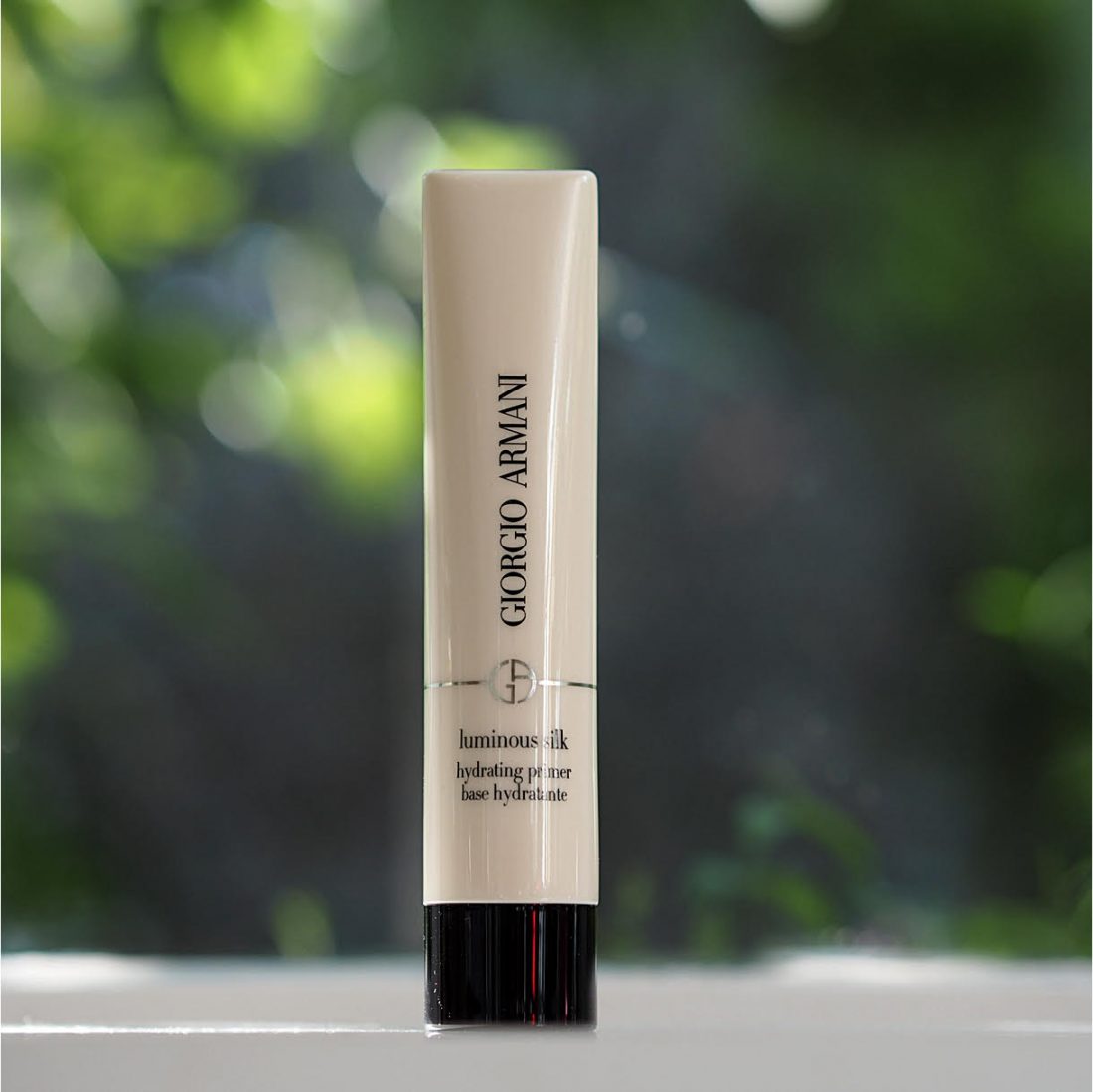 [productsample/affiliate] Giorgio Armani uses the term ‘the Armani Silky Glow’ and to be honest, I can’t describe this new primer better myself. It’s got both by the handful, feeling ultra silky to the touch and imparting a soft glow.

The feel of it is nothing short of delicious – it’s an oil-in-water formula and surprisingly light given that it contains shea butter which I usually think of as a heavier weight. It’s not weightless – you definitely get a hydration veil on the complexion which makes your skin instantly soft and more luminous. As far as I can detect there is no shimmer or sparkle in this, but there does seem to be a light catching radiance enhancer so you could wear it well on bare skin.

I used it under a L’Oreal foundation (they’re the same corporate family) and the effect was definitely more dewy than without any primer. I think I’d prefer to mix a dot of this with my foundation rather than use it underneath (I’m not much of a primer fan) for days when you know you need to ramp up the radiance but you could also just dot it over base in places such as cheekbones. That’s probably a bit ‘editorial’ for the Tesco run but effective for selfies. I’m surprised that the primer is £34 – I was expecting it to be more because Giorgio Armani make up is phenomenally pricey – but if you love your skin prep I think you’ll like this a great deal. It’s HERE, non affiliate HERE.