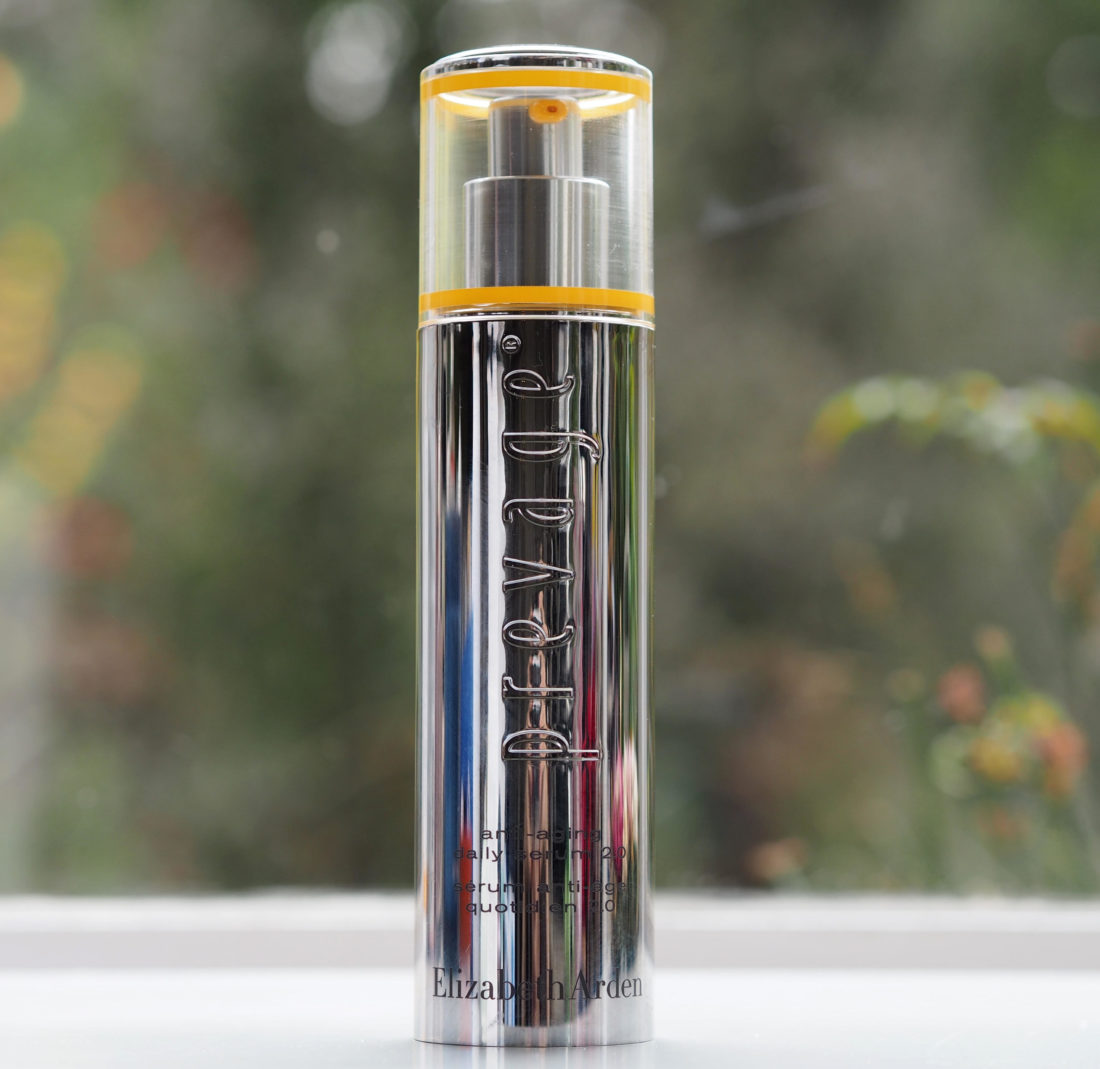 [unpaid/sample/ongoingadrelationship] If you’re going to bring out a 2.0 version of anything, it needs to be something rather special to compete in any way with the first version. This second generation of Prevage is more than doing the job in that respect.

In texture, it’s one of those lush, silky serums that glides over the skin leaving immediate softness in its wake. It’s many years ago that I heard about the ingredient Idebenone which has been the star ingredient for Prevage. A relative of Co-Enzyme Q10, its benefits are phyto-protection, and by that I mean it defends the skin against various toxins we encounter in daily life such a air pollution. What that amounts to, over time, is skin that doesn’t show the same damage. Skin that is well protected looks healthier and smoother. However, the second generation version of Daily Serum combines other protective elements, such as vitamin C and vitamin E, and for a glow boost, includes peony and bushclover flower extracts. In the middle, for bouncier and smoother looking skin, are peptides, ginger, THPE (Tetrahydroxypropyl ethylenediamine – you see why it’s shortened – as a skin tightening element), hibiscus and clary sage. All of this is leading up to saying that it gives four times more anti-oxidant power.

If you have sun damage that you’re not happy with, one of the key take-aways from the information I have is that, over time, it promises a 78% reduction in dark marks. Which is a lot. I haven’t used it over a prolonged period but can say that it’s a joy on the skin – I’d say more-ish. It’s not something that gets forgotten in the pot pile because you’ll find yourself reaching for it. Elizabeth Arden suggest that two weeks is enough to see improvements across texture, radiance and skin smoothness but as is always the case, the longer you use it, the more benefits will appear.

#AD Elizabeth Arden Great 8™ Eight Hour® Daily…
Ultimate Hyaluronic - Elizabeth Arden Hyaluronic Acid…
Daily Serum is expensive at £180 HERE but I’ve yet to come across a skin care product from this brand that I didn’t get along nicely with. They’re very, very good at textures which personally, I think is so important for the sensorial aspect. I was thinking about it this morning and in years past, new skin care products were created without the same attention to detail – there was one very well known skin cream that smelled of fish because it had fish oil in the formula. And we just accepted it! As in, oh well, the price of beauty etc, etc and not once thought it was completely unacceptable to have salmon scented cheeks… if anything, the idea that you could smell it must mean it’s somehow more powerful. We live and learn!