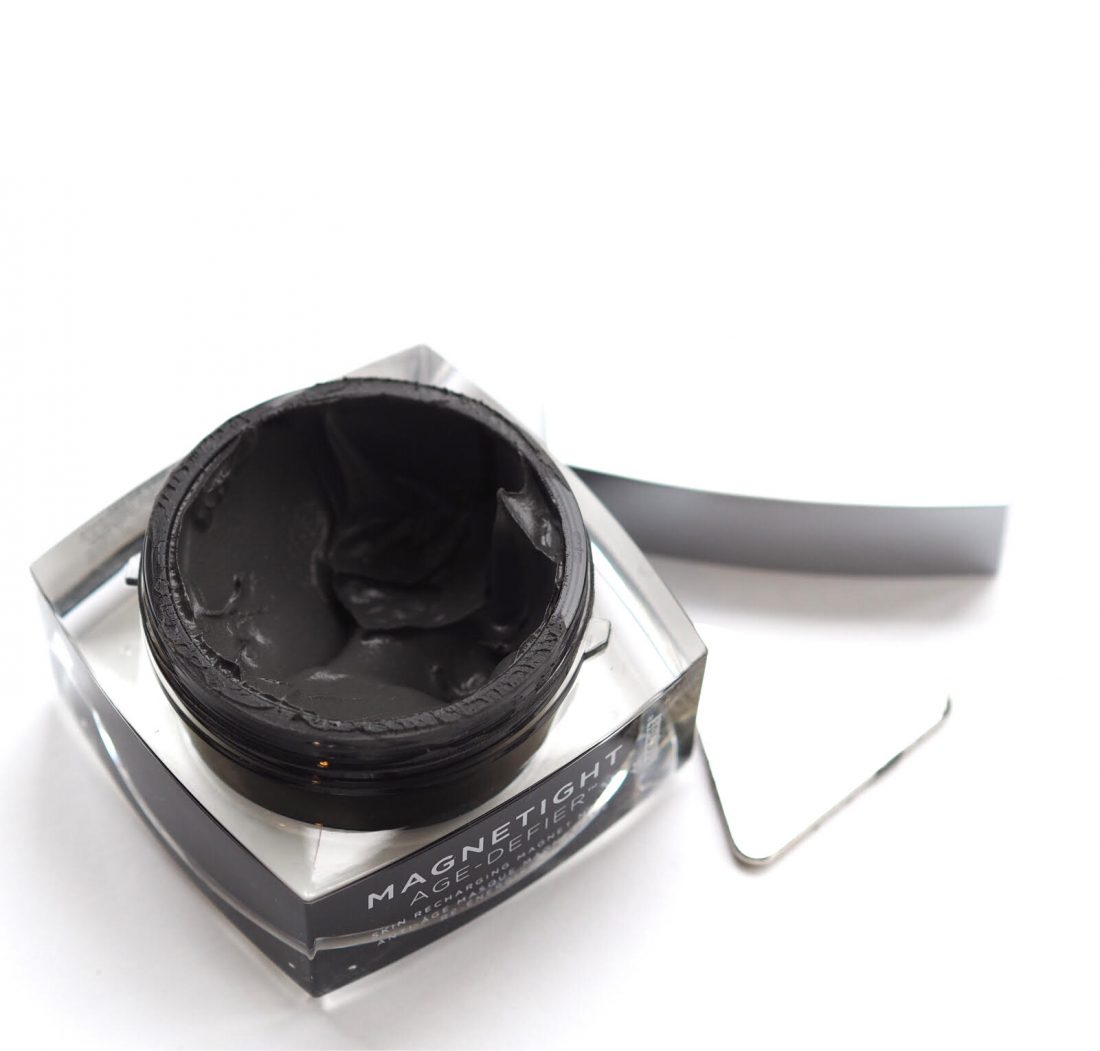 It’s not often anything ‘age defying’ gets on my site – age isn’t something that needs that level of battle and I’m never happy promoting anything with the underlying message that the younger you look the more acceptable you are. But for the sake of the novelty of it – and the incredible feeling skin I had at the finish, I thought it was worth flagging up. Oh, and it didn’t make me look even a fraction younger.

It’s not new technology – in 2011 I reviewed Minus 417 Dead Sea Cosmetics; a magnetic mud mask. I loved it. But I have to say that Dr Brandt seems a more refined version somehow. While Minus 417 claimed Dead Sea Mud at the core, Dr Brandt claims tourmaline. On the Dr Brandt site, the product claims to “act as a forcefield to repel signs of ageing” which is nonsense… it’s not a forcefield as such and I think you would be very pushed to claim clinically that magnets have any effect on ageing skin.

None of that stops this being a great mask for fun and hydration, though. We left it on for 10 minutes or so (I was filming a Bubble vs Magnet Mask Video for YouTube with Simon) – when you sweep the accompanying triangular magnet over the product on your face it practically leaps off onto the magnet with some force. The novelty didn’t wear off! It’s truly satisfying. But, better still, the oils in the fomulation (lavender and bergamot fruit oil to name a couple) had a very hydrating, softening and skin glowy effect. If you like to experiment, love a novelty factor and want a jolly good glow, it’s great but if you want “electromagnetic interactions” to take years off, they won’t.  I put too much on, I think, initially, so don’t slather your face – about a teaspoon full will do. Oh, also, the official name is ‘Magnetight’.. there wasn’t any tightening either.