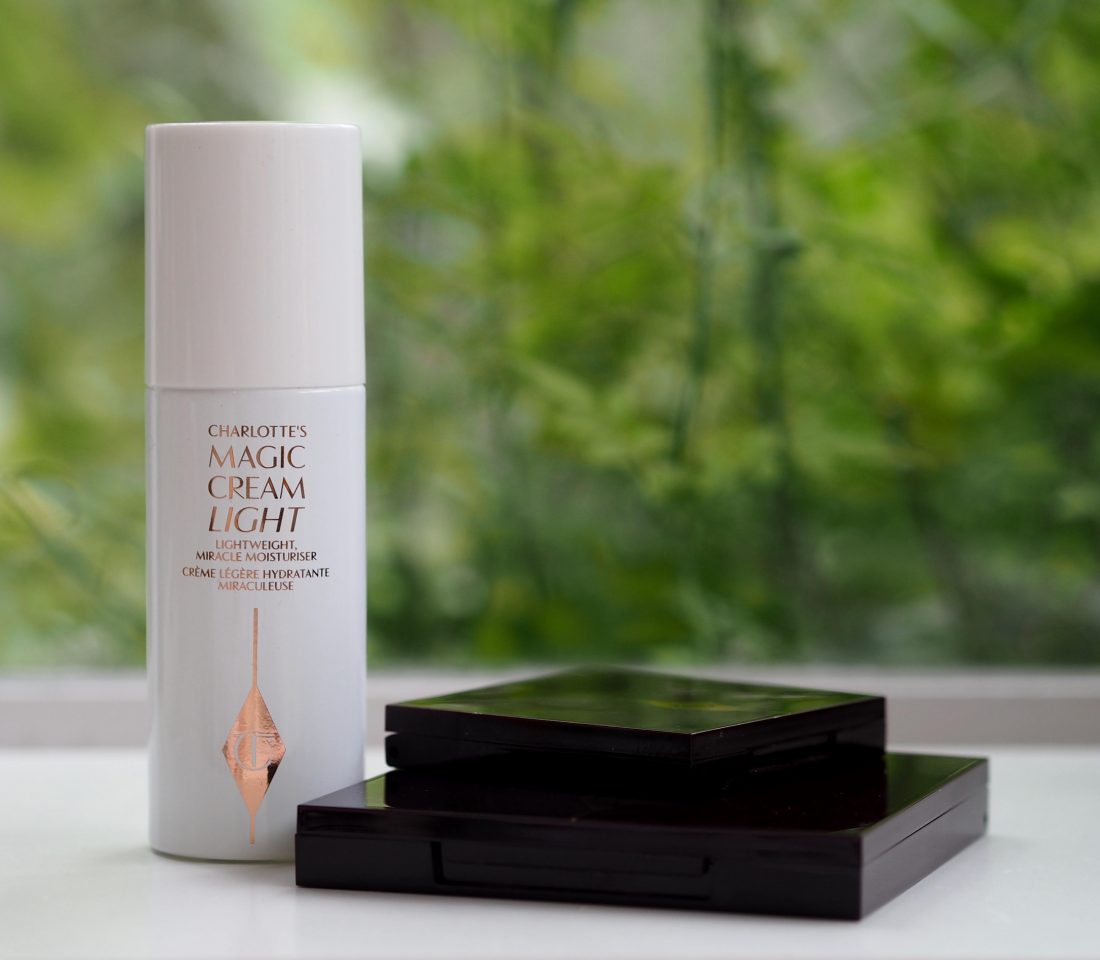 [unpaid/sample/affiliate/ad] I’ve had a little bit of time to play with this lighter version of Charlotte’s Magic Cream and think it’s pretty much a suit-all but favours drier skin types.

As I’ve said before, this brand is good at formulating effective products – they surround it in so many debatable claims though that I think sometimes the credibility is lost. At the heart of this is Abyssinian Oil which has a high erucic acid content, an Omega fatty acid that can give both skin and hair a glossy sheen. I’d argue with the description that it has a ‘veil like’ texture – initially, you know it’s there and it feels like an SPF cream (it is in fact SPF30) but does settle to a lighter feel in the end.

A definite plus is that it protects against blue light as well as UVA/UVB – if you’re in front of a device all day, it’s something to consider. I can’t actually find a full ingredient list (it was on the box but I threw it away so I know it’s my own fault) so it’s hard to do much more of a breakdown other than to say it is softening (but not, in my view particularly mattifying), certainly hydrating and my skin likes it which makes me say that I’d lean to recommending for older complexions. There are a lot of good things about it and I’m a fan of peptides which don’t get the attention they should (again, particularly for older skin) but it’s not as light as you might expect from the name. It IS lighter than the original Magic Cream though so if that is something that suits your skin well, this would act as a good ‘day’ version. Once again, love the product, do not like the marketing. It’s HERE, non-affiliate HERE, for £75.