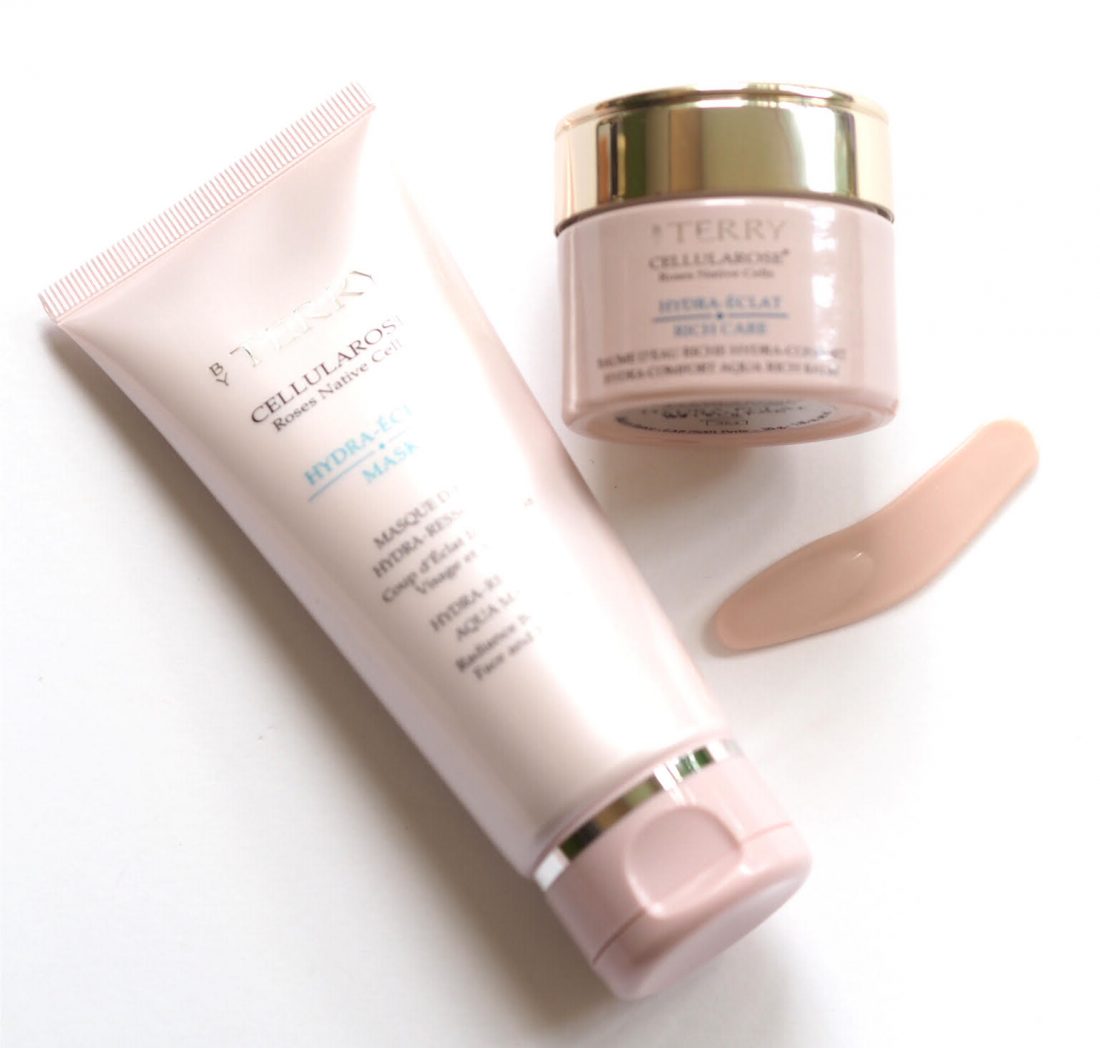 Oh yes! By Terry skin care rarely disappoints and this is no exception. The By Terry Cellularose Hydra Eclat Mask is for dry skin and it completely delivers on the promise of being thirst quenching. I didn’t even need to use a night cream after I’d tried it and could still feel the hydrating effects the next morning. Despite the pink packaging it comes out a light blue shade – I associate anything blue with light moisture (a sorbet formula) rather than heavy for some reason, so I was surprised to see it. It is actually a very light feeling mask, but delivers way more than you’d expect. I used it after a hot and heavy day in London when my skin felt parched when I got home. I hate to say it but I think it’s probably because I was perspiring a bit in the stifling heat which evaporated off, resulting in tight feeling skin. It doesn’t happen to me often. I really can’t stress how comfortable and skin comforting this actually was and after ten minutes, my complexion felt recharged.

Following on from the good mask experience, I tried the moisturiser – Hydra-Eclat Rich Care. Basically, too rich for my skin. Not that it wasn’t lovely – it certainly was – but my skin just didn’t need that extra level of moisture. I’m also not sure about that scoop that looks a bit like a finger to me! By Terry uses a complex containing rose native cells (two variants) and three rose extracts. I never do quite know with this brand what does what because they like a fancy name (MR=S) Complex and the formulas are complicated, but what I can say is that if your skin needs a very decent, long lasting hydration hit, this is it.

Obviously the down side is the price – the mask is £61 and the Rich Care Night is £70 but I’ve found that By Terry enthusiasts don’t actually mind going spendy on this brand because it rarely fails them. Kind of interesting, bearing in mind that most brands are chasing a younger consumer, By Terry is looking after their core. You can find the mask HERE and the night cream HERE.