Burt’s Bees Bring Back the Bees 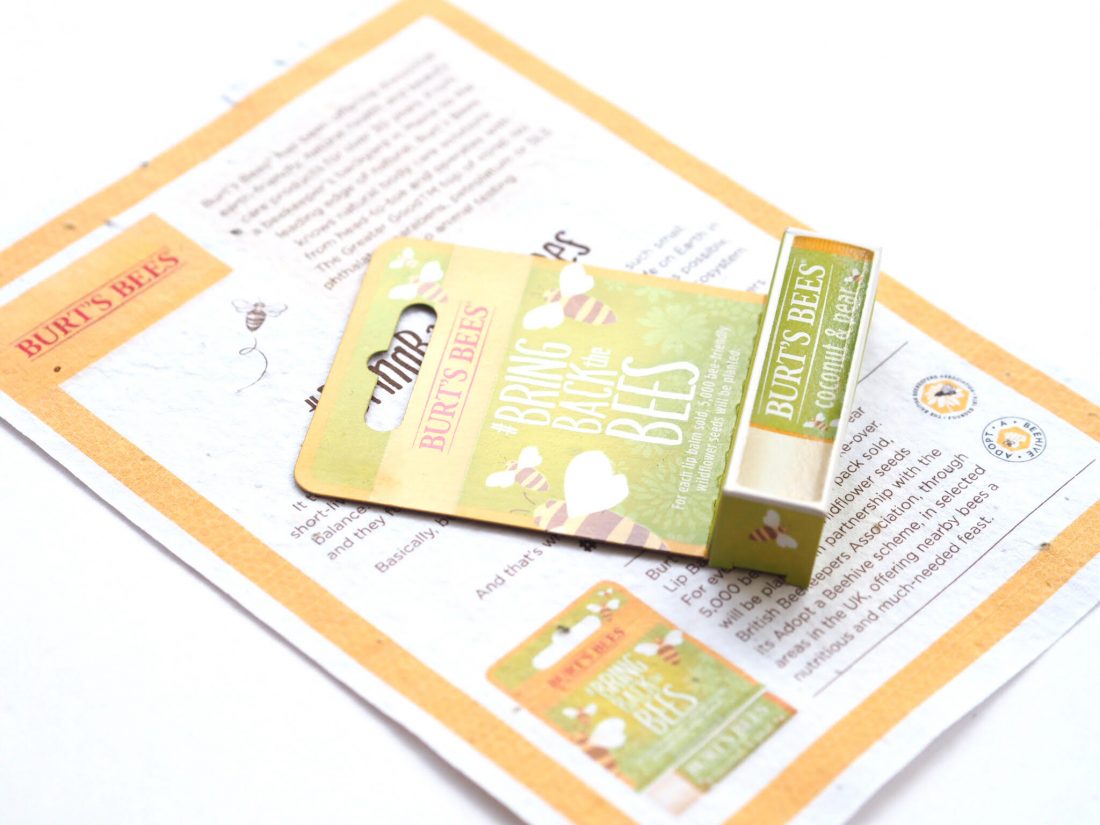 It’s really a dilemma when everything is so awful at the moment, to shut up or carry on. I’m carrying on because I’m not sure what else to do. So, this is a good, positive little story to start the day. To cut straight to it, for every Bring Back The Bees Balm sold, Burt’s will plant 5,000 bee friendly wildflower seeds which does seem like an awful lot per balm so it’s well worth seeking out if you need a lip balm top up.

You can also boost that 5,000 with another 5,000 for every #selflessselfie on bringbackthebees.burtsbees.co.uk (check the terms & conditions first though). If you’re wondering who has the task of planting all these seeds, it’s the British Beekeepers Association through its Adopt A Hive campaign. I’m thinking some achy backs must be about to happen!

I’ve spoken before about how bees are such a vital part of our eco-system and yet they’re under threat with dwindling numbers that over time will make a very noticeable difference. I’m really impressed to have received a plantable press release with this impregnated with seeds. This kind of campaign is called ’cause based marketing’ – it’s the second year for BB with this campaign and if last year is anything to go by, it’s incredibly successful with 900 million wildflowers pledged.. that’s a lot! It was as successful as it was because people backed it significantly on social media which raised the seed giving game to a whole other level.

Lastly, the limited edition balm is coconut and pear scented. It’s absolutely lovely. At £3.99 HERE it’s a great way to contribute to such a good cause.