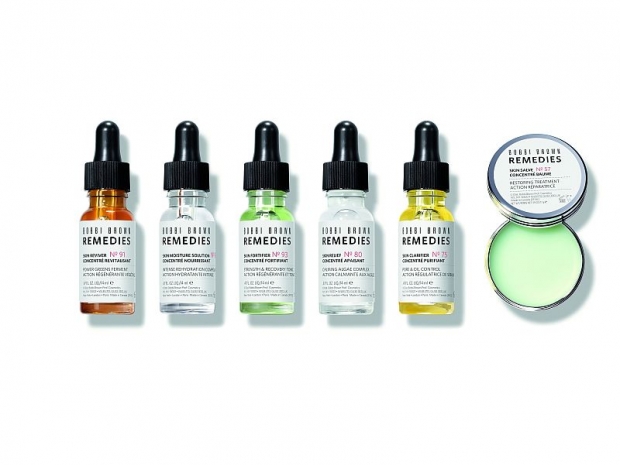 It’s not long to go now before the launch of Bobbi Brown Skin Remedies – targeted concentrates to use individually or to blend with foundation or hydrators. There are six in the line-up (the one that everyone wants is Skin Reviver) although one is a balm rather than apothecary style drops and they’ll launch very early January.

Bobbi skin care is rather under-rated in my view: I’ve never had a poor skin care product from Bobbi that I can think of and yet it’s not the first place I look when I’m researching skin care products. In fact, it often doesn’t enter my head – maybe because I’m so easily side-tracked by lip gloss! Bobbi Brown has tapped the wellness market and translated it to skin care – ingredients such as sprouts and spinach, red algae and tumeric (trend ingredient right there) feature. Each ‘remedy’ targets a different skin issue, from sensitivities and blocked pores to hydration and lack of vitality.

Bobbi Brown Remedies have already launched in the US for $45.