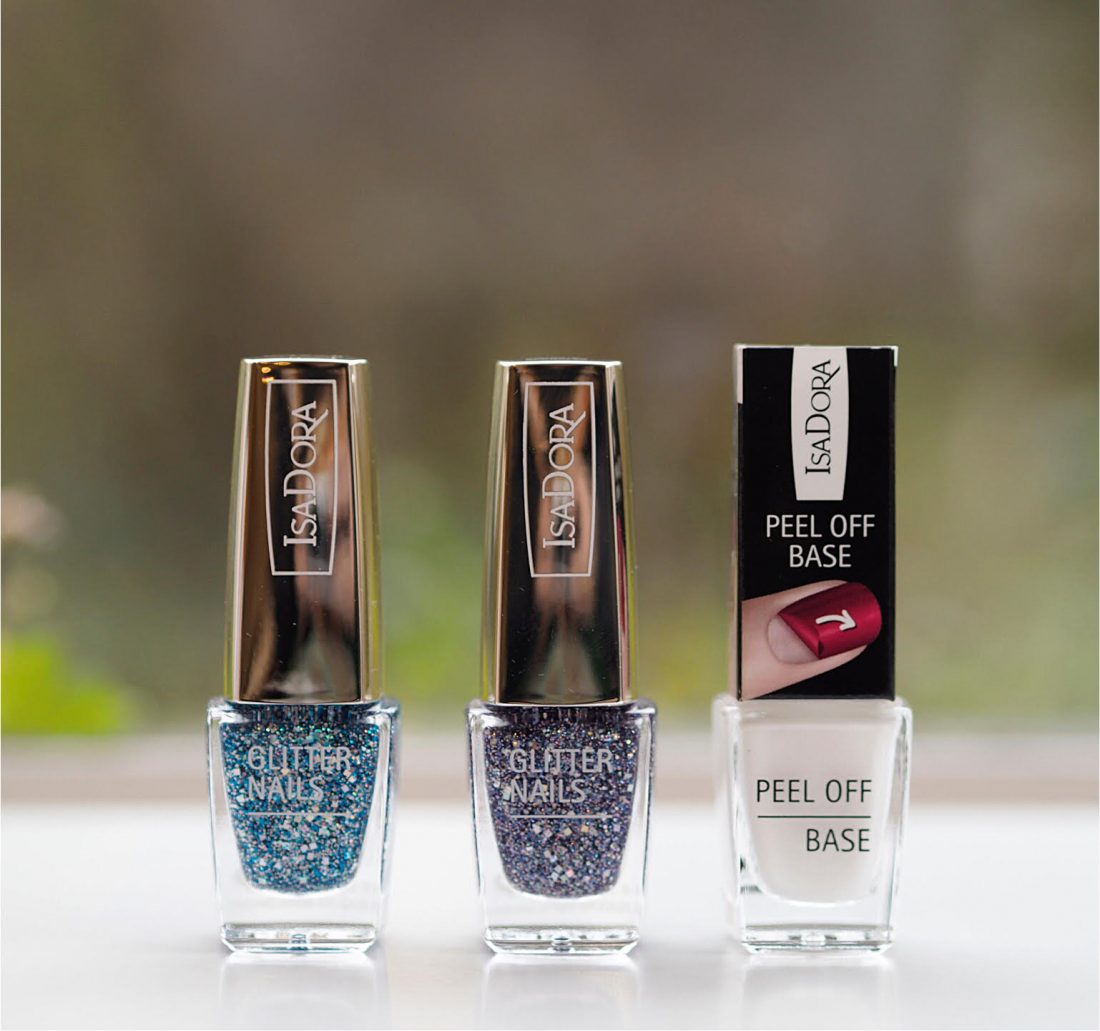 It would not be nearly Christmas without an Isadora sparkle nail drop – this brand does some of the best nail polishes available and this selection has put me in a glitter nail mood. The downside of glitter nails is that they’re such a pain to remove. When beauty world was a peak nail, the hours I spent soaking off glitter! But, as you’ll see in the main picture, there’s a peel off base coat which is your nails’ best friend if you like a bit of bling.

People used to make their own PVA glue based peel offs – I don’t actually know the composition of Isadora’s version but there must be some similarity because in the same satisfying way that PVA peels away if you pick at it, so does this, taking all your glitter with it. You don’t even really need to pick at this – you just have to catch it at the base and it pulls away whole (usually!).

I find sparkly nail swatches nigh on impossible to photograph well so I’m hoping that the below swatches give you the general idea. My preference is for the blue sparkle followed by the iridescent as a topper over nude.

First is 923 Sky Diamonds, 924 Galaxy Glitz, 928 Black Universe, 926 Space Sparkles, and 927 Moonbeam. Frustratingly, FeelUnique don’t have these live yet so we might have to think of them for New Year and forget about a sparkly Christmas. It’s always an issue with this brand. However, they do have similar sparklers HERE.