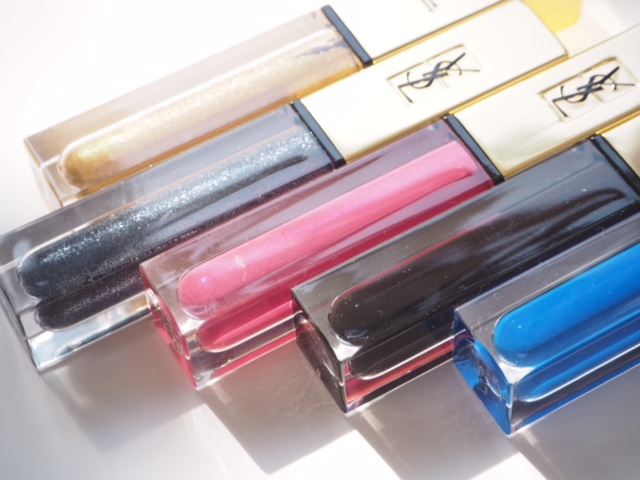 I’m really a fan of coloured mascaras – I can never quite get excited about blue lashes because they remind me of Princess Diana for some reason! But, the new YSL Mascara Vinyl Couture are definitely putting the oomph into lashes for summer.

I took some pictures at the launch of suggested looks – I’m obsessed already with the pewter shade, I’m The Storm, because it’s SO shimmery and not so far from black that it feels awkward to wear. Coloured mascaras do put you out of your comfort zone, so it’s a question of being creative in the wear if you can’t quite bring yourself to do an all out pink lash look!

There are some deeper shades, such as I’m The Unpredictable in aubergine (a bit like Chanel Rouge Noir mascara or Clinique’s Black Honey) and I’m The Excitement in a deep forest green, that will give a subtle colour change nuance, but I think if you’re going to do bright lashes you might as well really do them! Suggestions for wear are to coat outer lash corners, do a coloured middle section or go black on top and bright below. If you want to get your lashes as bright as possible, use a white undercoat.

The look I saw being created was a festival look using the pink and blue and although you wouldn’t really think it, it did look so pretty and fresh. YSL are using a liquid technology with high lacquer pigments infused into a clear formula that keeps the colour even and fully saturated. The mascara finish is more spiked lashes than volumised and the formula contains almond oil, castor oil, carthame oil and argan so it does stay soft on the lash rather than turning into hard spikes.